I came across this blog post about the usability of operating systems. It’s a great read and I highly recommend you check it out yourself.

Below I have made a somewhat short version of the blog and added some of my thoughts.

The experiment took the top 20 most popular distros on Distro watch(excluding Arch) and MacOS and Windows, and had a tech illiterate friend install, and perform basic computer tasks.

The rules were as follows.

From installation to use, no outside help will be given except for initial instructions and out-of-box resources.

The user is not allowed to google things unless the user has been stuck for more than 20 minutes on a task. If said task took more than an hour, then it will be deemed unusable.

The use of the Terminal(magical black box says the participant) will be strictly prohibited.

Each OS was then rated a score in the following 4 categories. Each of these categories would be summed and averaged to get a total score.

With these rules in place, the results are suprising.

Pop OS provided the best usability among all the systems with a total usability score of 81.

Mint was the srcond best with a score of 75.

MacOS came in 7th place with a score of 59

When installation scores were ignored.

Deepin was the top scorer with a score of 64

Followed by Pop OS with a score of 61.

MacOS rose to 5th place and recieved a score of 56

And windows rose to 7th place with a score of 49.

Among ther top 10 scorers, the Gnome desktop was the most popular desktop environment with 3 distros using it. No other distro has more than 1 usage in the top 10. Despite it’s reputation within the Linux community, the Gnome devs might have an idea about intuitive UX and UI design. The number of Gnome systems increases from 3 to 4 when installation scores are ignored.

Despite the subject being a rabid MacOS user, MacOS was only the 7th best system tested.

Conclusion: while a sample size of 1 is not enough to nominate a clear winner, it is still interesting and exciting to see that most Linux distros seem to be easier to perform basic computer tasks than macOS and Linux.

Of course, ease of use is not the only factor with OS choice, as software availability, hardware compatibility are also important factors when choosing an OS, two things that Most distros aren’t as fleshed out to windows or Mac.

With that said, it really seems that Linux systems are much more user friendly then what the average user would think and is often ignored due to its old sterotypes.

A link to the blog post can be found here : https://lawzava.com/blog/state-of-linux-usability-2020/

What, no vanilla Arch?

Despite the subject being a rabid MacOS user, MacOS was only the 7th best system tested.

My chief at work has been a passionate Mac user for the last 2 decades. He absolutely hates my Windows workstation at work, and has trouble getting anything done on there.

He does love my laptop with Gnome though 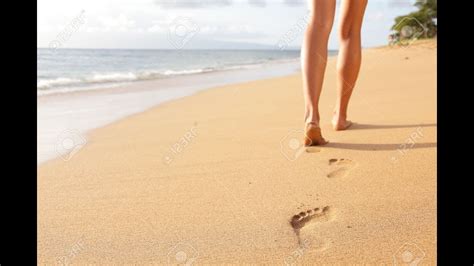 I read this stuff all the time and

The use of the Terminal(magical black box says the participant) will be strictly prohibited.

I think it’s awesome to not allow terminal use. The regular person just wants to point and click. Technology is developed to make stuff easier to do. This is why I like GNOME and KDE, stuff is generally pretty straightforward and easy to do and/or learn. And you can lean some technical stuff with the terminal, if you care about that. Exactly the reason why OSX was great and macOS used to be great.

Vanilla Arch requires the Terminal - prohibited in the rules above.

But sometimes the terminal is actually the easiest way, making it the most “user friendly” from my perspective.

All you have to do is type sudo [something someone said on the internet would fix my problem].

It rules out BOTH my favorite OS’s. Generic Debian is highly reliant upon the terminal as well.

Is it though? When the subject in question sees the terminal as “a Magic Black Box”?

Ah, but a magic black box that fixes things…magically!

Definitely not. Which is easier to use, Ubuntu (Kubuntu in my case since I don’t touch Gnome) or Debian (w/ kde)? I know I get frustrated every time I try to use Ubuntu, they just add too much gui “help” and make it confusing where to go to do this or that. So much easier in Debian. Just open a terminal, and edit the config file.

I tried that…sudo apt get doesn’t seem to work.

it’s magic. did you say the right words while typing?

did you try turning it off and on again?

I did a hard shutdown and restart. Reinstalled pacman and it still didn’t work.

surely it must still be under warranty. they will swap it for one that works.