I know this is a polarizing question and everyone has favorites, but I really enjoy trying out new things (and I’ve tried a lot), but what DE/WM do you feel is really showing promise and neat and interesting changes?
Last fall I was excited about River. I like SWAY. I keep trying Enlightenment and coming back to Plasma. I have to admit, Deepin (on Deepin OS, only place it’s stable) is really purty…though I prefer arch over debian

So…what should I be looking at that I might miss? What excites you ?

I think the “best” DEs are the established ones that everyone knows about.

However, a couple of the interesting up and coming options that are still under development that I am watching are UKUI and Cutefish

Maui shell on nitrux is new

I’ve tried to watch Cuttlefish, but given up on anyone updating the AUR with anything past .5 (when .7 is available). Maybe I’ll take the dip (and even though I hate .deb based systems) and install CuteFishOS beta 7, just so I can keep up to date with it.
Ukui looks too simple for me to prefer it. Best for new comers or non-tinkerers, imo.

I’ve tried to watch Cuttlefish, but given up on anyone updating the AUR with anything past .5

The cutefish*-git packages are pulling the latest version.

Almost all the new and upcoming DEs aren’t going to be suitable for “tinkerers” because it takes time to have that much configurability available.

There is this interesting DE on arch wiki but its under unsupported section atm.
Its in the AUR and its called paperde but i have never used it.
It definitely looks interesting (to me).

Consistent look across all the apps and can run in lower system with minimum dependencies. All the apps are based on QT toolkit and Desktop Independent.

Almost all the new and upcoming DEs aren’t going to be suitable for “tinkerers” because it takes time to have that much configurability available.

disagree!! they build that way. + will stay that way . if want windows /mac use it , no try copy it

Its in the AUR and its called paperde but i have never used it.

It looks like it has had almost no material commits since the release last April. Is it dead?

I have no idea honestly i have just discovered it recently.
But it seems there is some very recent activity on gitlab.

An awesome Desktop Environment built on top of Qt/Wayland and wayfire.

I see, he is working in a branch called “marcus”.

Hey, I’ll see if I can check it out (paperde)…always fun

My bad, I haven’t looked for cuttlefish-git in AUR.

Regarding ‘new’ or relatively new desktop environments, on one hand the new features and appearance can be enticing but it takes years of hard work to create any full featured desktop environment unless it’s a child or offspring of an existing effort. I’m personally not a fan of either.

In the early days of DE I was a fan of KDE; it was similar to the CDE (Common Desktop Environment) that I was familiar with from 1990s vintage UNIX systems. By the way, if you want a really nimble DE, try CDE; it seemed ponderous on 90s vintage workstations but it is very effective and efficient on modern hardware.

Frankly for my needs a simple window manager or minimal feature DE/WM is plenty for me because I primarily use Web browsers for the majority of things and I am able to use the CLI (command line interface) for package management, file and command usage and system management.

I haven’t looked for cuttlefish-git in AUR.

You could, but the result probably wouldn’t be what you expect. It is “cutefish”

Pretty sure that would melt my mind…

pew… that question have some nostalgia for me.

Since beginning, with linux i didnt liked DE not so much. Because the experience i got with a TTY was gold, and the first week i even didnt had a DE because Gentoo needed so long to “install”. I had only a Pentium with 300mhz.

But then, i got a “Upgrade”. I think a Celeron one. And then i found Arch. And thats was Gold.

But the System was this time already outdated anyway, and loved Openbox and Fluxbox(? forgot the name)

I add few Screenshots from this aera.

Long Story short: Today i would love to run Openbox/Fluxbox again. But i got way to lazy with age. As older i get, so more my focus is, thats its need to work without much configuration and that whole hassle. Today i use Gnome or KDE. It depends what my mood is. 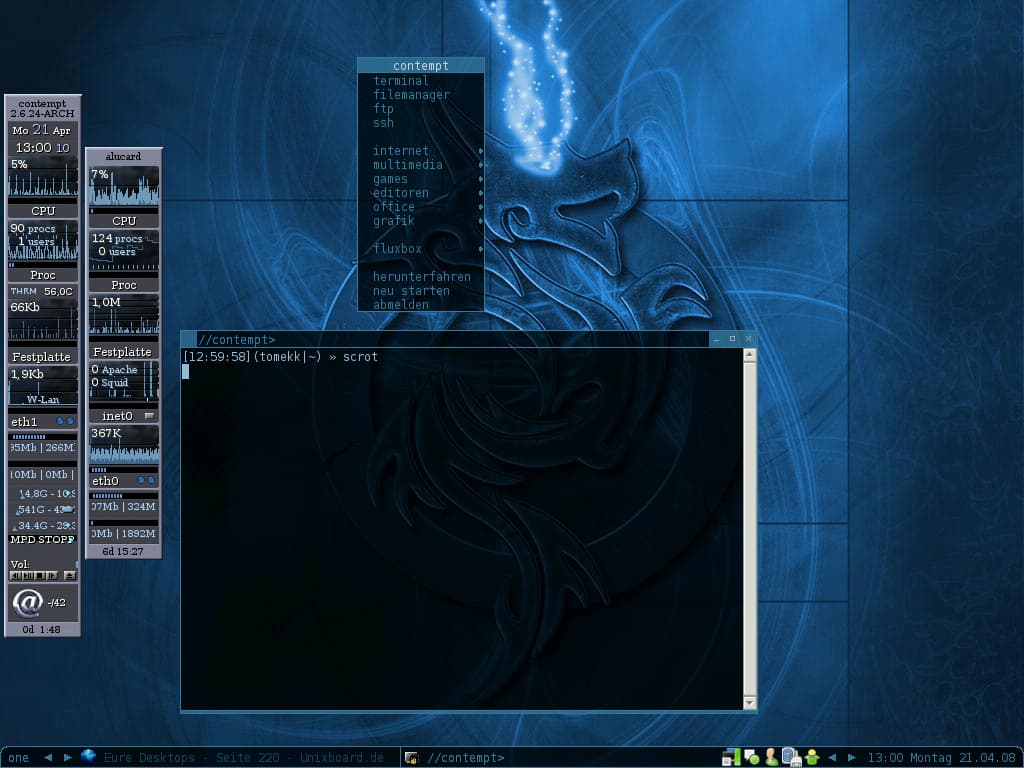 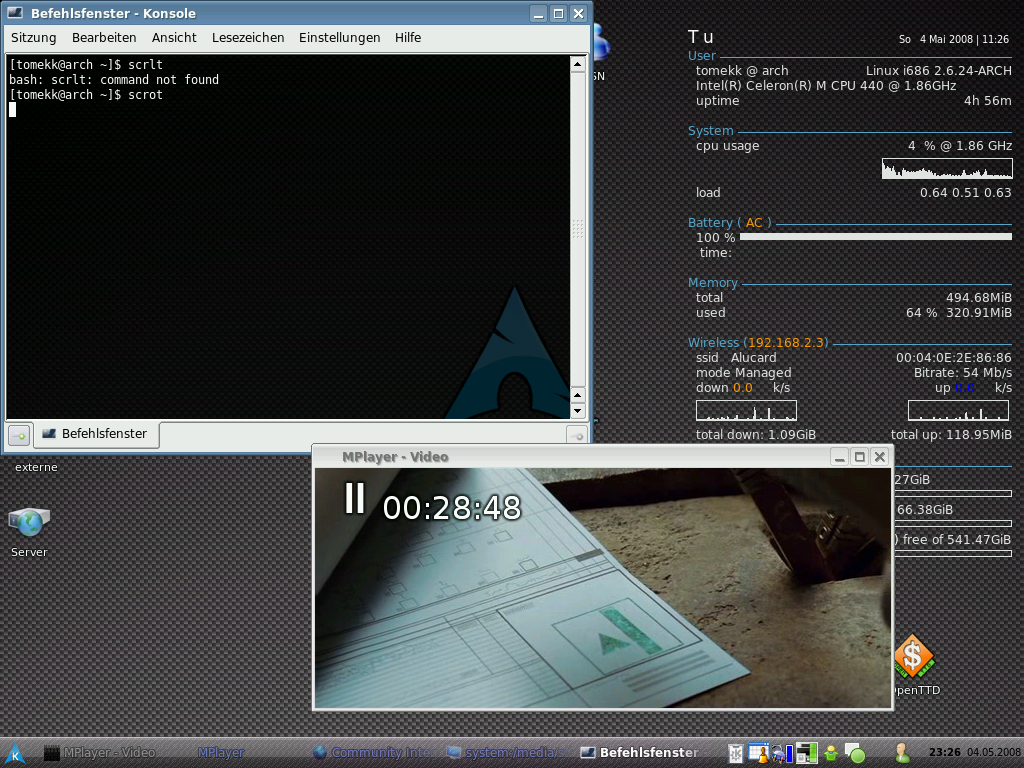 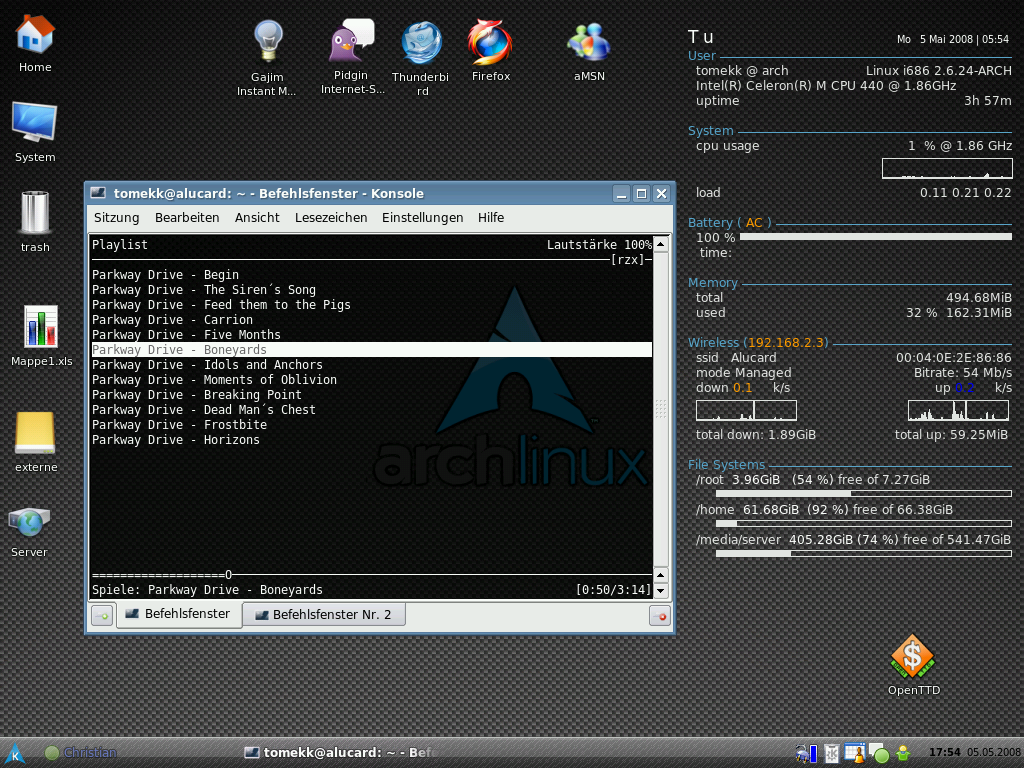 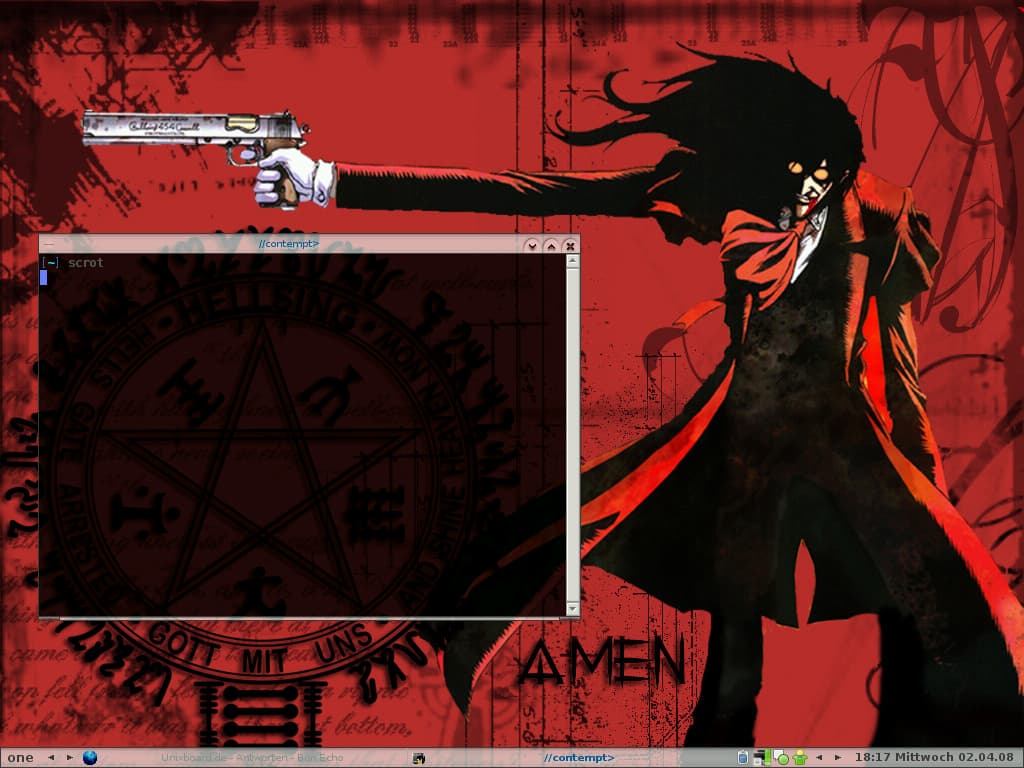 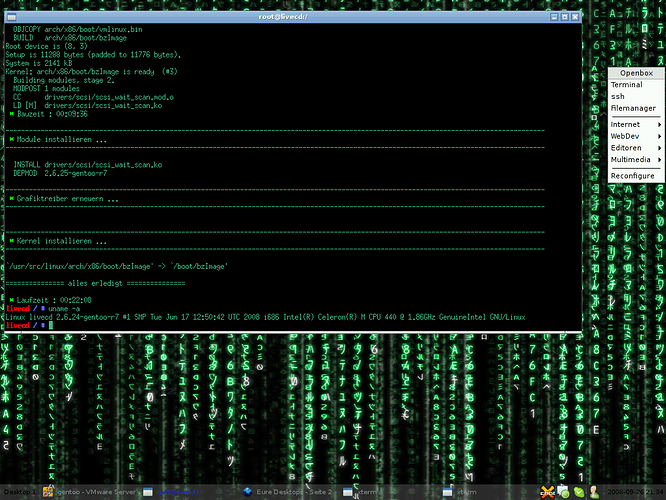 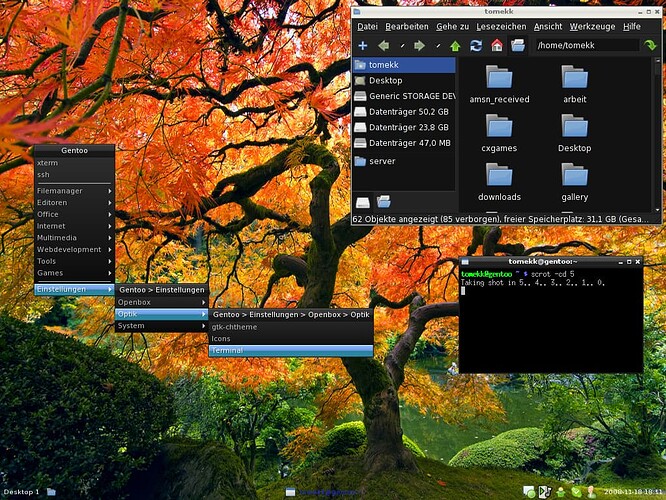 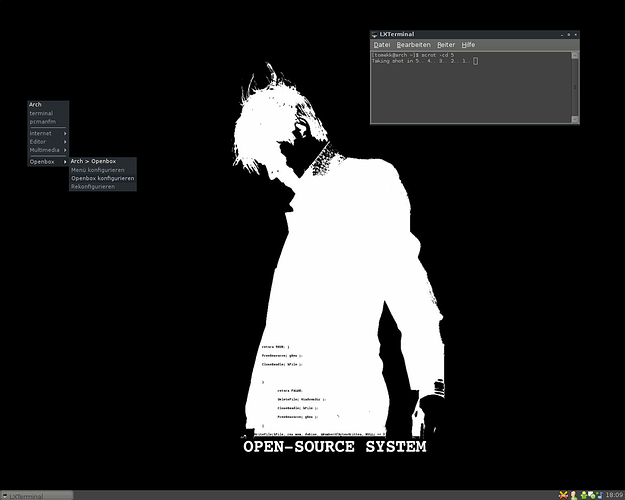 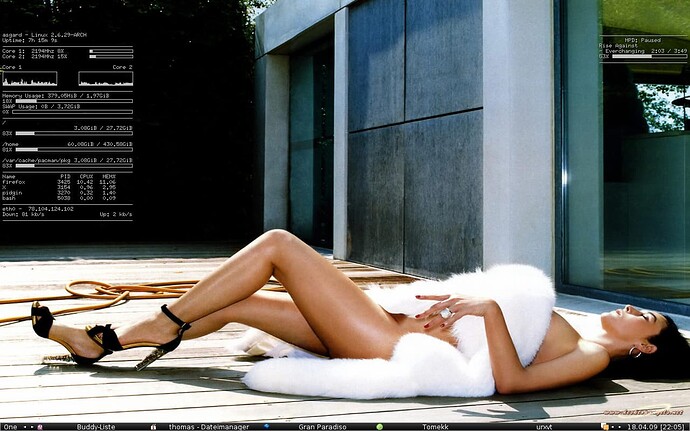 Here a Competition: Who can tell me wich Movie is seen in the secound Picture? (i know it). Who it guess it right, gets this cake