I was using Gnome with Wayland, I really liked it. I switched to Gnome from KDE around Gnome 3.36. When Gnome 40 was announced with the layout change to the overview the next day I changed back to KDE. I see KDE is coming up big on Wayland in the upcoming release gonna give it a shot see how it goes.

Plasma and Cinnamon. And then probably just plasma eventually. It does everything I need with very minimal setup required. No reason to fight what works.

Plasma on both my EnOS machines, but XFCE on a much older machine, but that’s running MX Linux which is Debian Stable, so a bit off-topic. As far as a suitably powerful machine goes I see no reason to run anything but Plasma, and for less powerful XFCE is nice. The MX machine has Fluxbox also, which is nice to play around with and really fast. I hope Plasma doesn’t change too much as time goes by because I’m very happy with EnOS/Plasma as my primary setup. It just works, and I don’t seem to be on the forum much because of that, for me at the moment it’s mainly a friendly place to chat and hear people’s ideas about new stuff. So, to sum up, no DE-hopping for me this year, or distro-hopping.

BSPWM. Switched from KDE. I like how minimal and easy it is

Is BSPWM completely keyboard driven or partly mouse too? I struggle with remembering all the keyboard commands although I do use a lot with the more “mainstream” DE’s. I like simplicity but convenience is also good as long as it’s not bringing in too many complex configurations.

You can use both. I mostly use GUI apps on it. So Dolphin as file manager, Geany text editor. That with mouse.

Interesting. It sounds a lot like Fluxbox eg desktop agnostic, like Openbox. The thing I like about Fluxbox is that the config files are text-based which I prefer. How are the configs configured in BSPWM?

10 Plasma, 3WM, 1 Gnome not a scientific count though lol.

Plasma, although I may dump DE’s again and go back to i3 though with a QT spin

I’m on Plasma but i just boot to Xfce or Cinnamon with rEFInd.

I maybe the only one, but I still really like using Enlightenment. Almost as minimal as a window manager, but still with full DE functionality. Not as much bling though, of course.

I use XFCE . Because nothing else suits me I think . I do like Plasma but we are not in a good understanding from the beginning . Every time I try plasma it freezes and crashes . So until I am able to find out why it happens or build a custom version for my self I am sticking with XFCE .

Or maybe I will try to modify XFCE

Etoile. I ported it hehe.

mate/gnome 2 since like ubuntu version 6. xfce also more and more i like the little things it does that mate doesnt offer. like stackable icon launchers where i can put all my browsers in a stack like a little mini menu just with them on my panel.

I’m not switching to anything. I use Gnome, Xfce, Pantheon and more! Everyone has something I like!

Plasma without any of the panels and just a small, and I mean small little Latte Bar with a few common launchers. Other than that I have used Gnome in the past.

Xfce at the moment, but looking to go back to Plasma.

Having been down many rabbit holes with Plasma, messin’ and tweaking and ending up with a pretty blank desktop - well I can’t imagine being able to mould anything else to suit my muscle memory - so I won’t bother.

I just set up a top bar, on-demand means it only comes up when required, with a mouse gesture - and that makes it perfect (one hides only if I maximise, the other dodges and now the top one is always visible and easily pushed away). Really loving Latte (git). 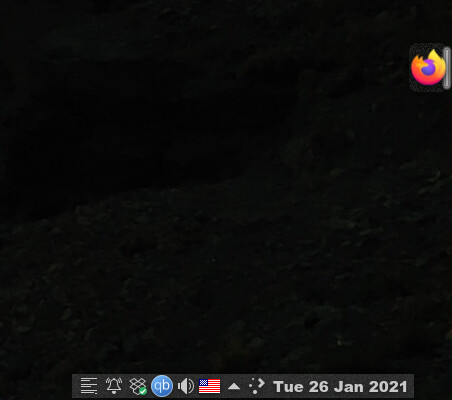 I normally have one DE and one WM installed. And I think I’ll stay Plasma and Sway, espically with Plasma development on wayland

Plasma all the way. By far the most flexible desktop environment I’ve used, - more so for accessibility / low vision needs.

I like Cinnamon, Mate, Plasma, Pantheon, XFCE and Gnome in that order but get bored and switch often.