If I am trying Mate... Compositor?

I am about to reinstall my system, and have decided to go back to Xfce and ditching Cinnamon.
BUT then I stumbled over the Mate pictures (I have never given it much thought) and got a very strong nostalgia feeling; last time I used Linux, 2005-6 ish, I exclusively ran the Gnome 2 desktop and loved it.

Problem is I tried a live stick (Manjaro) this morning and well… it did not play nice with my NVIDIA card. Tears everywhere. Looking at it tho, the Manjaro Mate only had one compositor option, called “adaptable” while looking on Youtube a lot of distros has 2-4 different options.
What comes as default? It sounds to me that Marco with Compton is the best choice but that choice was not in the menus on the Majaro live version of Mate.

(Also, I couldn’t figure out where you set your icon theme. To be fair it was 6am

but is forked in something else… picom , there should also be a button compositor on and off… dont have ate but there should be, if you use picom as example first disable the compositor ?

Might have to do some more research then, because the tearing was just horrible as it was.

@Beardedgeek72 You tried the live stick on Manjaro so it is using the open source driver? You had Cinnamon before? So were you using the Nvidia drivers or Nvidia-dkms or open source driver on Cinnamon? (Nouveau) I run Cinnamon with the Nvidia GTX 1060 6 GB desktop card. The only issue i have with the video is the welcome app when mouse cursor glides over it. It becomes transparent and or parts of the Welcome app disappear. Other than that i don’t have any issue. I am using the nvidia-dkms version. I haven’t had Mate installed on this system with the Nvidia but i think it would be okay. I have only had the online install of Mate running in virtual box.

You’re right. I also checked forum posts for Ubuntu Mate and there were actually far more tearing issues on Intel than anything. Still deciding, but really tempted to try it since well I absolutely loved Gnome 2.

When you say screen tearing what exactly is it like? Happens just browsing? What nvidia card are you using and are you installing the nvidia-dkms?

When dragging windows around they clearly split in half, bottom half lagging several mm behind.
But again we are talking three different circumstances here:

I can drag windows around till the cows come home and i don’t get any of that on Cinnamon except the welcome app breaks up when cursor glides over it.

That’s what I said tho: No issues using anything running Mutter or Muffin. Best out of the box compositor(s).

I think if it was me i would try it. But then again i I’m a desktop hopper now!

Yeah I think I will.

Here’s what I did for the tearing on my AMD Ryzen 5 3400G CPU with Vega graphics. It’s worth a try with Nvidia.

On the top panel, click on System, then preferences, then look & feel, then windows
Under the General Tab Uncheck Enable Software Compositing window manager

Imediately, all tearing went away.

After that, the only thing I noticed was in Firefox, on youtube with the screen filled with graphics boxes, if I scrolled with the wheel fast, I would get a ripple effect as the screen scrolled. You may or may not have that. Otherwise worked great.

@Beardedgeek72
Here is my Mate V-box install and i have left the window settings default as i don’t have any issue with screen tearing on vbox but i’m considering trying it on bare metal with my Nvidia card. 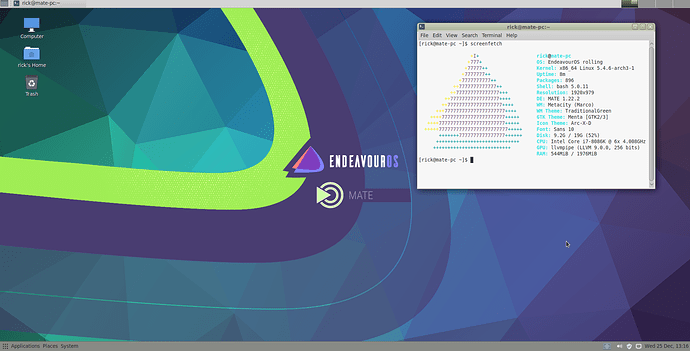 Changed it and added a few items on the panel. 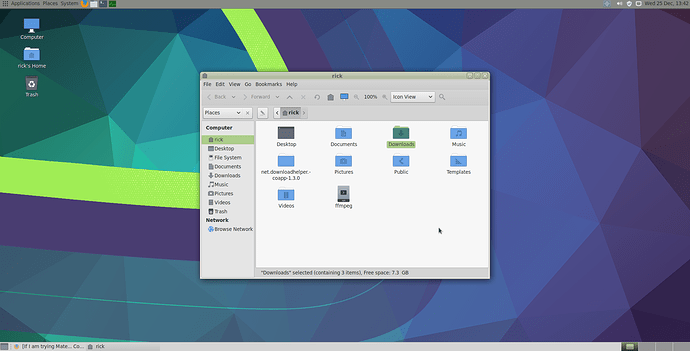 Have only done half of that, but fine so far

.
Installed the full package; not restoring any backups yet, still testing. I will either reinstall this but only minimal, or go Xfce. Not sure yet.

Still feel very nostalgic, look and feel is exactly like when I first got into Linux 14 years ago.

OH, one thing tho: Immediately replaced Caja with Nemo. Caja can’t zoom in on icons without getting horribly stupid. 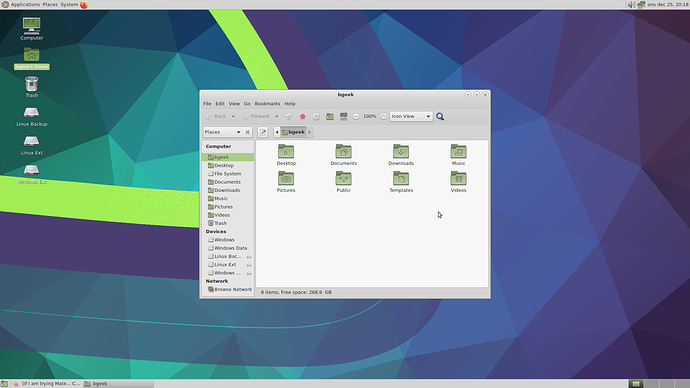 Update: After installing picom I had to re-enable software compositor for transparency to work?

I used Mate for many years before switching to Cinnamon. No matter the distro, I could only get rid of the tearing with Nvidia drivers by using Compiz. Of course, that kind of defeated the “low memory footprint” advantage – not to mention Compiz’s idiosyncrasies and bugginess.

I tried Cinnamon a couple of years back when Mate was having a particularly bad rash of bugs (I was on Antergos, then). It took some getting used to, but I’m happy with it.

Ah. Something is wrong, picom doesn’t start automatically. However if I run it from the appmenu, it starts, I get transparency in the terminal. But I also get the ugly extra borders around dropdown menus in Firefox. 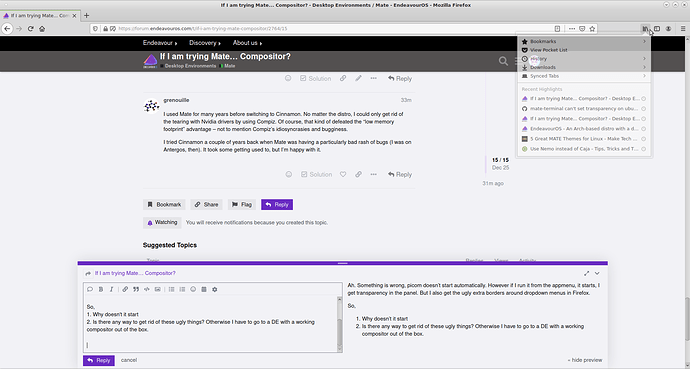 to use picom you have to add it to the startup also there are two ways yo use it with a gui , like compton-conf , to configure transpercy , or paranoid (gtk3) can do to…if you have picom on startup and then compositor of mate, you can get issues… marco is a fork of metacity… like muffin it a fork of mutter.

by finding metacity related solution theoretical can work on marco too.

there are two way to configure or by .conf or graphical… how to start im not sure, lxqt is kinda different in these… it recognize compton-conf atleast

But comton-conf seems to download compton instead.
I remember now why I stopped using compton in Xfce; it looks horrible in Firefox (but works in Chrome). It gives all menus in Firefox that square around them, which just looks stupid.

Were you getting screen tearing with the default install of Mate?

Yes. Very much so. But again I am wondering… if I choose to not install the NVIDIA drivers and just run on the Intel chip, would it tear with the default compositor?
Because this tower has an intel 630 chip, but it is not compatible with Bumblebee / optimus, my guess is that the chip only can kick in if it doesn’t have the NVIDIA drivers.