How to set gpu overclocks

I’ve got an nvidia gpu that I’m trying to mine ethereum with. How can I set the overclocks for the gpu.

This problem arose through me getting 100% invalid shares when mining.

Did you already have a look over here :
ArchWiki Nvidia overclocking

This problem arose through me getting 100% invalid shares when mining.

I still stand on what i’ve told you in previous thread, but…

If you have 100% invalid shares - overclock won’t solve anything.
First you should found out and solve if that’s problem with GPU / certain miner / algorithm / pool, if you use one (which is very wise to do, if you don’t want to loose money).

Best place to ask such things is directly from developer of miner you are using, or it’s user communities on reddit or wherever it may be.

It might be a good idea to install GreenWithEnvy to control and set up the different profiles. 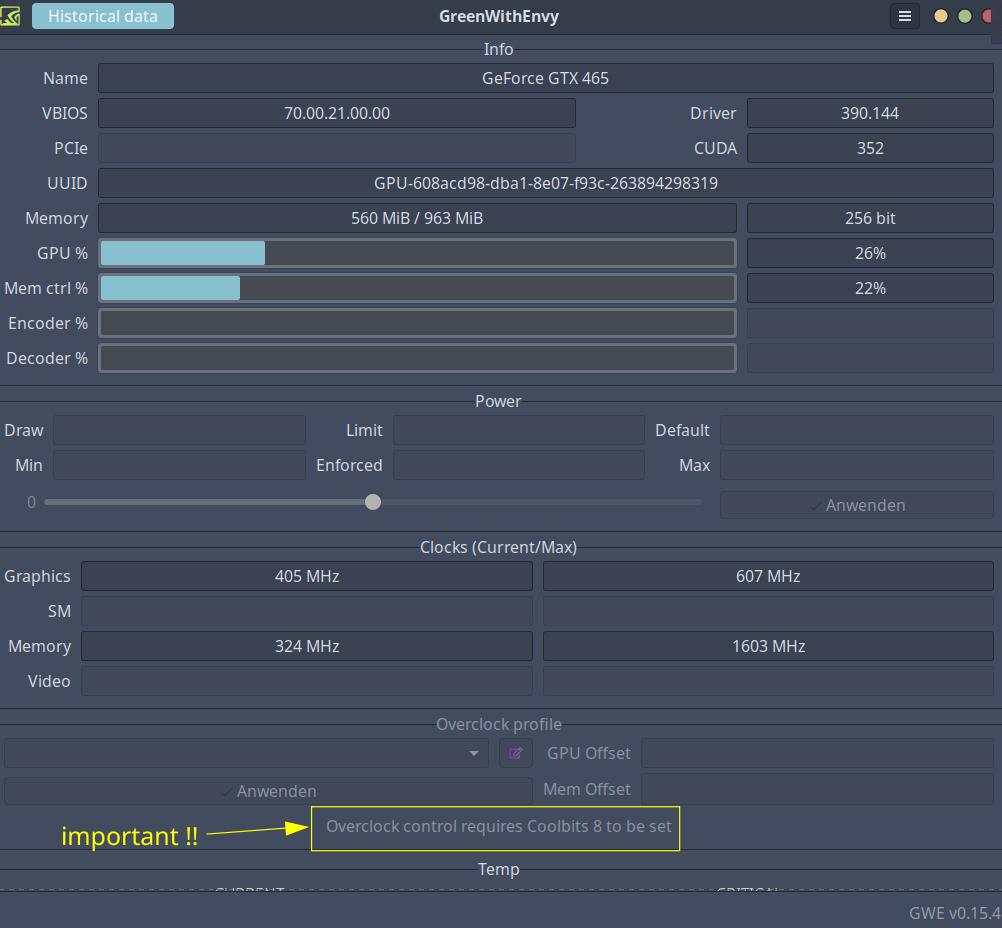 I just looked through that for a bit. Would a certain value in nvidia-config --cool-bits=value help my situation?

I don’t know. I never used overclocking (neither CPU nor GPU). I just came across accidentally a while ago. I guess documentation online should be sufficient.

This issue’s been solved, I was mining using etchash in an eth pool.

You could have figured that out yourself, without wasting the time of people trying to help you. But then you couldn’t mark your own post as the solution…

A problem that other people could learn from, if you don’t have anything relevant to say, then get off the thread.

There is absolutely nothing to learn from this, except how not to ask questions on forums.

This has nothing to do with overclocking a GPU, but with not bothering to read an elementary guide on mining Etherium. But since you’ve asked it anyway, you could have at least marked @keybreak’s post as the solution, since he identified the real issue for you, and wasted time trying to help you. The solution you’ve marked “I was doing something wrong” helps nobody.