DO NOT USE THIS, @dalto has a much better solution and this is abandoned. Follow instructions here [Tutorial] Convert to systemd-boot

NOTE: In its current state its not likely to handle multiboot and maybe other issues. This is an early state hack of @dalto s work at best…there be dragons here

Hey Everyone, its been a while

Ive had a lot going on these past couple months with almost being homeless lol but ive started working on some ideas for things to make EOS better for myself and others.

This is a set of hooks to automate the creation of systemd boot entries. This is a modification of

I had to tweak it to work properly on EOS and it should work with only changing the “ENTRY_ROOT=” for regular Arch. This set of hooks assumes you followed the Arch Wiki for systemd-boot https://wiki.archlinux.org/index.php/Systemd-boot

Read instructions on the repo so you can configure it properly

I would like to try systemd boot on EndeavourOS but i don’t have the skill to make it happen.

It is very simple. I am in the process of writing a tutorial.

I was going to ask you to do that.

Hey thanks for the good criticism, and i would like to try and make it a more general option for creating systemd-boot entries, likely just Arch specific though but I havent thought about it.

It needs ongoing maintenance since anything that changes the options line in a non-static way needs to be accounted for manually. This is most commonly a change with filesystems and/or encryption. This means you need to acquire a working knowledge of all that if you don’t already have it.

Im learning about encryption/filesystems but am in no way and expert and wont claim to be.

It essential to have working knowledge of the whole script, since changes to one section can have unintended consequences. Most of the contributions I get need to be reworked by the authors because they have failed to understand the whole scope and inadvertently broken something else.

Ive been creating separate scripts based on each section to test and try and make sure i get whats going on throughout the original.

Thanks again for the criticism and information, its been noted thoroughly

Its super easy to setup, just making loaders all the time is painful xP

That is really the only efficient way to do it. You can take snapshots at a known system state. Test, then instantly revert the snapshot.

That is really the only efficient way to do it. You can take snapshots at a known system state. Test, then instantly revert the snapshot.

You removed the lines that set $kernelpath but you are still using the variable. The reason it is important is because many systemd-boot users keep the kernel/initramfs in subdirectories to better enable multi-booting.

I actually didnt mean to do this, i was looking just now and realized what you meant (oops

made some adjustments based on feedback from @dalto (thanks a bunch), removed the systemd update hook as i want this to be just for entries and theres a perfectly good hook for that already.

note: was running into an issue with initramfs line having a . at the beginning, currently it ignores the leading . but this may be a bad idea

note 2: This will likely be rendered pointless by what dalto is working on and his will probably be much better than my hack job of his old scripts

Would this work with BTRFS & allow snapshot booting, or is that still a GRUB-only feature for now?

The grub-btrfs package places a snapshots entry in your list of bootable entries in grub. I’ve never actually selected one, but I presume it contains a sublist of all my current snapshots. 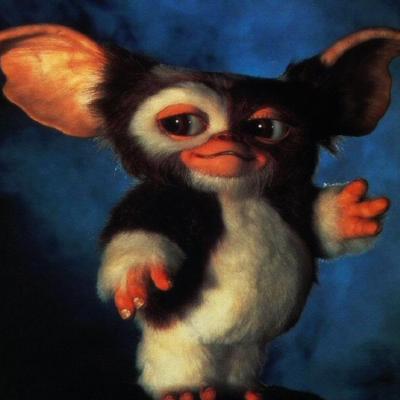 I am not sure that would be possible in systemd-boot. It is a much less complicated thing than grub. It doesn’t have submenus.

I guess systemd-boot will get more features with time.

Yeah this atm at least seems a bit outside of what systemd-boot can do in a nice way. It would likely balloon your entries significantly and be a mess with how it is now but possibly in the future.

Systemd-boot is supposed to be pretty dead simple which it does well and why i use it, but as for doing things like what youre looking at id probably stick to grub

This hasnt been replied to in a bit but i wanted to add a tip for those of us that do you systemd-boot.

Originally I had been working on a script to let me easily change the default boot entry in the loader.conf, but after looking into sd-boot a bit i found that making the script is completely unnecessary as sd-boot can handle this all on its own.

Normally it will automatically select which kernel to boot based on the current default title when it was setup and then use whatever is the newest kernel/highest version number kernel for that automatically. This means when installing custom kernels just add higher versioning to it and itll be used before default arch/distro kernel.

Now if you want to change your default its very simple. when booting stop at the bootloader menu by pressing space bar. Then select the entry you wish to be default and press D. This will select that entry as the default boot option for sd-boot with NO SCRIPT REQUIRED

If i wouldve taken the time to look at sd-boot i couldve saved myself some time testing and duplicating a feature that it already had, but at least i learned some things.

Then select the entry you wish to be default and press D. This will select that entry as the default boot option for sd-boot with NO SCRIPT REQUIRED

This works as long as your entry and version names are static. However, if they aren’t, it will no longer be selected once your kernel is updated.

I use a different trick. The default value in loader.conf accepts wildcards. So you can usually set a string that will boot the latest version of the kernel you want. Some thing like *zen.conf could be used to boot the latest zen kernel.

This works as long as your entry and version names are static. However, if they aren’t, it will no longer be selected once your kernel is updated.

I dont use zen but does it use a different title besides “Arch Linux” and weird versioning in the conf file? So far for me I havent had any issues with TKG kernel once figuring this out but I also obviously dont cover all use cases.

The fact that loader also accepts wildcards can also make this convenient using your method.