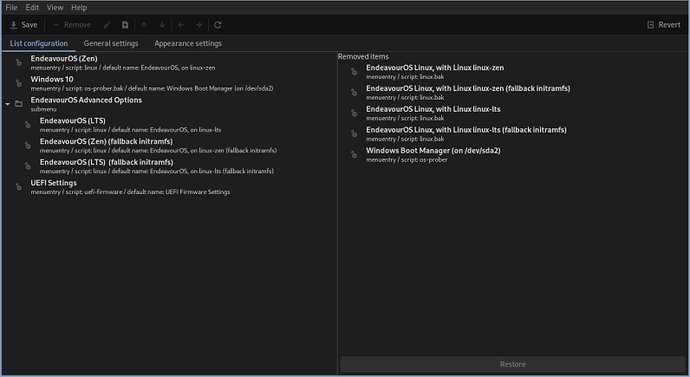 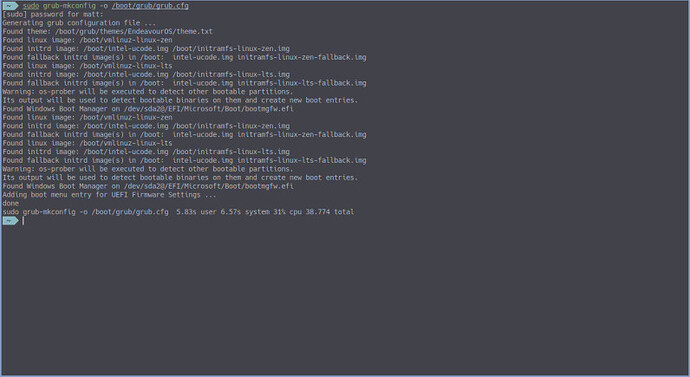 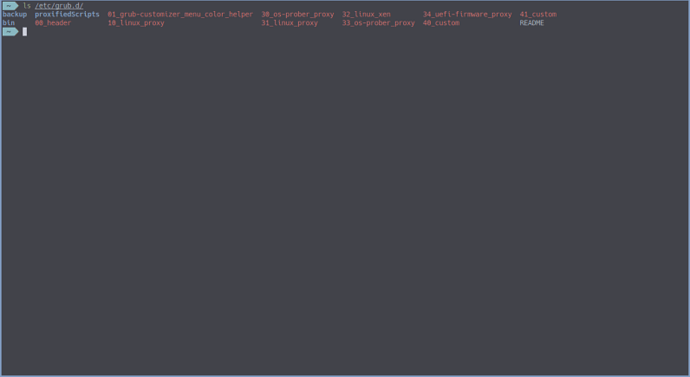 can you provide version Grub

As you are using grub-customizer was it this before starting to configure grub with it?

Yeah it had duplicated entries on my very first boot

could you show your partitions?
lsblk -o NAME,FSTYPE,LABEL | eos-sendlog
will show only devices format and label no uuids

and creates a pastebin

sda3 is a microsoft reserved partition I obviously can’t delete, about sda1, I’m not sure. 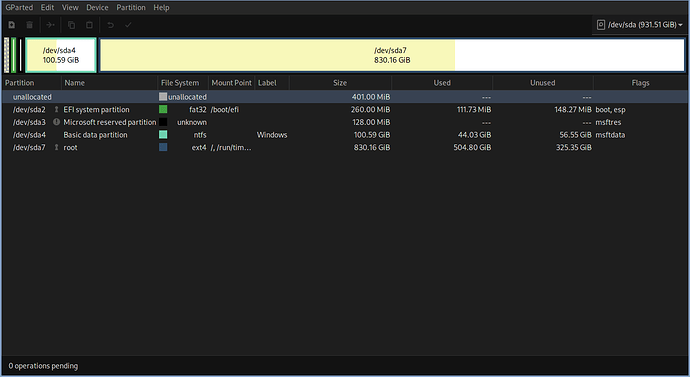 I believe that the duplicates are in fact backups of older kernel versions, I edited the grub config to enable submenus and it looks tidier but my issue with it is that it doesn’t actually say if it’s an older version, it’s just linux-zen etc. like my current kernel 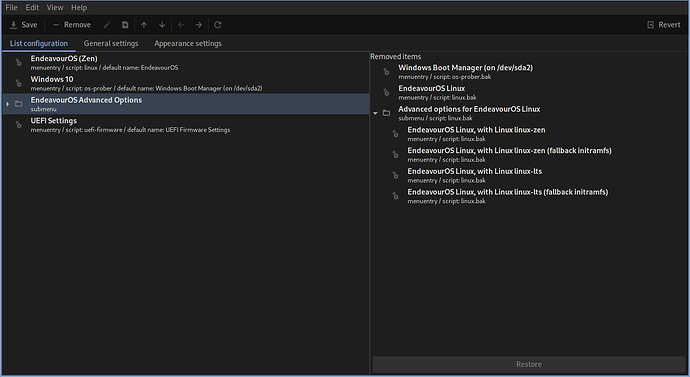 I think I’ll abandon this, it’s not a massive trouble to me since I can remove them from being visible at boot and afaik they’re just backups (Pity they don’t say that they are though / the kernel it’s a backup of)
Thanks for your help!

if the kernel packages are still installed it is normal that they show up on grub.
And I would keep LTS installed just in case zen does not boot …

Yeah, they must just be backup kernels, i don’t really want them though since I keep LTS as a backup anyways