I recently got a new MB and CPU and have had nothing but problems with it, I got it to boot and what not but after a few minutes in the os it freezes,it once even froze as it was shutting down and i seen a kernal panic pop up before it froze. i just want tome help dignosing what the problem might be,i’m at a loss. I mem tested the ram over night and everything passed.

I have the MSI MPG Gaming Plus and have no issues with the board. Are you able to boot it into UEFI Bios settings screen and tell me the Bios version? Also is this a completely new install of EndeavourOS?

it happens on an old install and on live usb’s as well,with both EOS and POPOS, i have updated the bios firmware.

Is the bIos version the latest 7C37vAH? Could you possibly provide some logs.

I did have a problem initially getting anything to display on my monitor.

Can you explain this because you have an Nvidia card so it would be important.

I had to play around with plugging in the display port in order to get it to show the bios menu, also this just happened, i tried to decrypt my drive and it failed 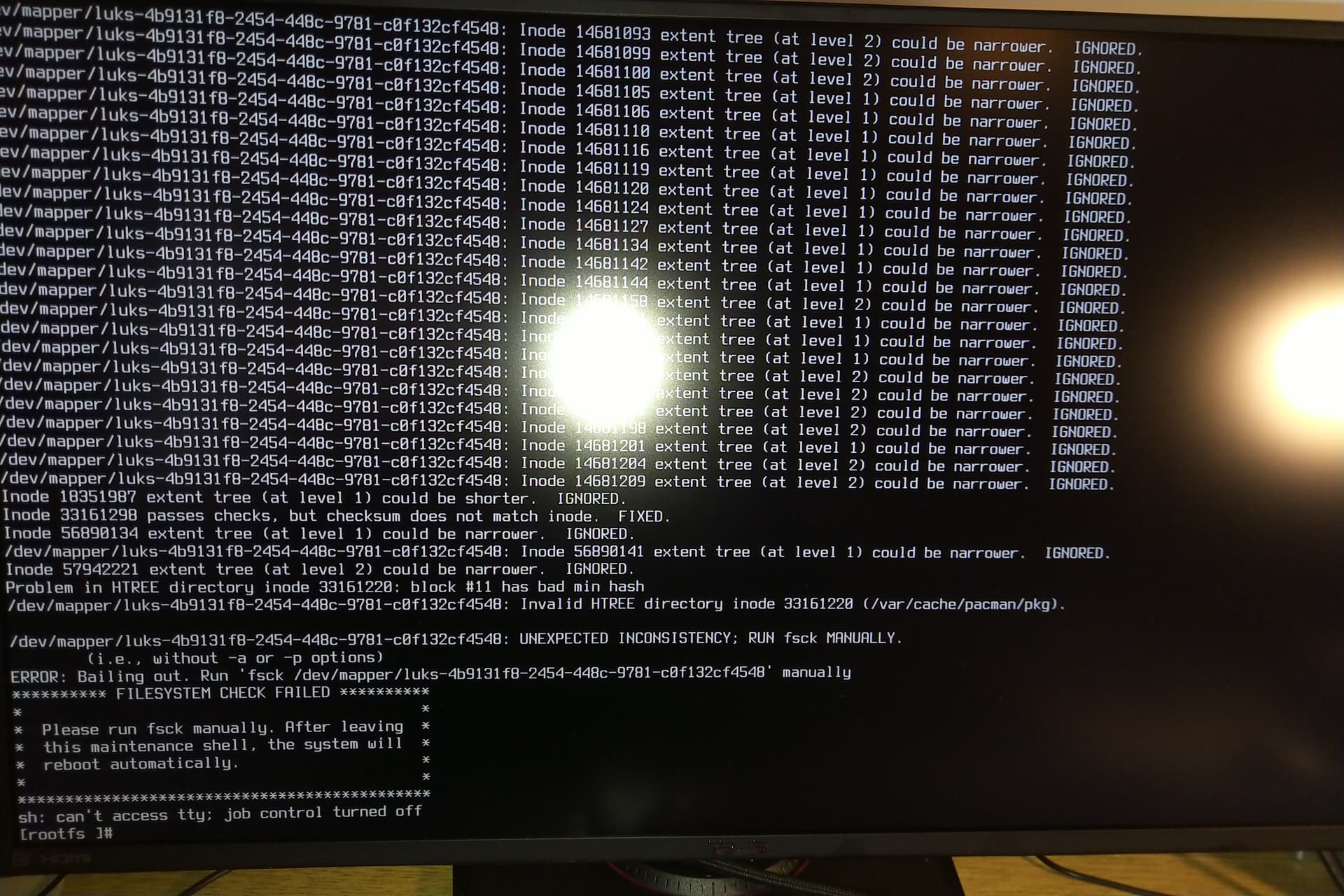 Have you tried running fsck

So did you replace the motherboard and cpu and then booted on the installed system and having this issue from the beginning or is this something that progressed after?

If you are able to boot on the live usb and have internet you could try to give some log information as i posted above.

I bought a new motherboard and cpu because i was having other problems.(it didn’t want to boot with drives connected displaying things and freezing wasn’t an issue)
how do i paste the log links here?

You run the commands i gave you and it will give you a link. You just need to copy and paste the link for each command.

system froze just after i pasted the links.

I bought a new motherboard and cpu because i was having other problems.(it didn’t want to boot with drives connected displaying things and freezing wasn’t an issue)

Displaying things isn’t really telling us a lot. I do see some errors relating to vpn? Not sure? Maybe someone else can look at the info and have some other ideas. I also see you have a disk that say’s

Is this just a usb external drive. I see it say’s H W RAID1?

vpn errors aren’t an issue (as i said it happens on any live usb as well and it doesn’t matter if the vpn is on or off) Yes that is an external raid drive you see.

From post #6 it looks like you have some file system issue. I’m not sure if it was because of a partial update or hard reset? Only thing i do know is that i have the MSI MPG Gaming Plus with a Ryzen 3800X and it runs flawless. So I’m not sure what has happened. I would disconnect the raid drive for now. Maybe you can boot on the live ISO and arch-chroot and try updating and see what happens.

the external raid drive only has files, my guess is the mb is faulty in some way, but yes every time it freezes i have to do a hard shut down, so that’s probably the cause. i will try it without the e drive and see though.

I can’t see a reason why the motherboard would be faulty but anything is possible.

I wonder if it has to do with linux and 5700X?, any known issues there? idk what it is myself, just guesses on my part.

No i doubt that. I was going to upgrade to that one soon.