FOSS screen space ray tracing with any game and GPU

Nope, amdgpu so I dunno…

Perhaps @BONK can try something, if he also have some spare amd to try

sent you pm, try it

Oh oh, do you have all that vulkan stuff installed for your amd?
For nvidia it’s vulkan-icd-loader / lib32-vulkan-icd-loader should be something like that for amd too, to interpret calls etc

amdvlk and libr32-amdvlk i believe?

I think i know what might be the problem, in my logs it’s paths like C:/ and you have full Z:\ path…Maybe it’s why there’s problem for ReShade, it’s still made for Windows technically…

I use mainly Wine directly, let me try to see proton through steam…

OK, it was a missing (or different) d3dcompiler_47.dll. After putting in the full version (rather than relying on the Proton version) shaders started compiling correctly.

Have a nice tweaking!

I think i’ll write more…accessible guide later today, coz this was posted by me months ago on m-forums with a goal of just sharing information around, but now i know thing or two about - it must be updated!

This is extremely interesting! Very happy to see the advancements in Linux gaming. If you would have told me back when I was running OpenSUSE (or was it YellowDog?) in college circa 2006 that I would be playing 99% of my Windows games on Linux, I would have wanted some of whatever you were smoking.

Yeah 2018-2020 was really good for Wine / Proton, and more than that - even in 2017 when i last checked before finally make a moving to Linux full-time - i couldn’t properly get Games, Photoshop CC (which i still need for some work) and most importantly VST plugins for audio production (which i have ~2000 and since then heavily testing under Wine, with great results i’ll later make an extensive compatibility list & guide on how to!)…

And now it’s just laughing on Windows people for me - they still use 10-30% of system resources with Win 10 for spying, rather than for gaming or something

Some games work faster in Wine this days!

Not all yet, but that’s just a matter of time it seems

On the topic: yesterday was hard moving day for forum, so i’ll update OP today hopefully

Is there some kind of edit-restrictions?

Welcome to being a TL1 user - 24-hour limit on post edits.

I think if you Flag it an ask it to be made into a wiki post then you’ll be able to edit it.

What if I bump him up a notch?

Also should do it, TL2 get 30 days of editing. Just be aware that bumping from TL1->2 will also lock to TL2 so automatic promotion to TL3 might not happen.

Let’s give it a shot

It looks like I can remove the lock if it happens. @keybreak If I can’t just PM me when it’s TL3 time and i’ll bump you again. I feel that this thread is very important and should continue. BRB

See if you can edit it. It might require you to log out and back in again.

@jonathon
Check out Requirements on AA / Network, worth to know

Although i personally haven’t really checked network one, since i don’t play on-line games, pretty sure you can hack your way out of that with modding source code, if that’s the case!

P.S. How’s your experience so far?

How’s your experience so far?

It made DoW: DC look very pretty with the crosire selection of shaders; disabling them now makes the game look quite flat and dull, i.e. it has spoiled me.

I haven’t tried any more modern or FPS games yet (most of the newer games I have are Linux-native).

disabling them now makes the game look quite flat and dull, i.e. it has spoiled me.

Oh yes, i know what you mean!

I constantly press key to enable/disable it in different scenes, just to make sure it’s not worse or something…

Well, turns out in 98% of cases it’s always better than original (when tweaked right)

most of the newer games I have are Linux-native

btw, in steam when you have one platform game - you still can download Windows version by checking:
[v] Force to use specific Steam Play compatibility
and choosing Proton in game’s properties

Also, given that ReShade technically supports all APIs, i wonder if it could be used somehow with native directly…

Thanks for the clear guide. Managed to get it too work with World of Warcraft Classic.

Too bad it only looks this nice when standing still. When moving around the effect goes on and off because of the scene changes. 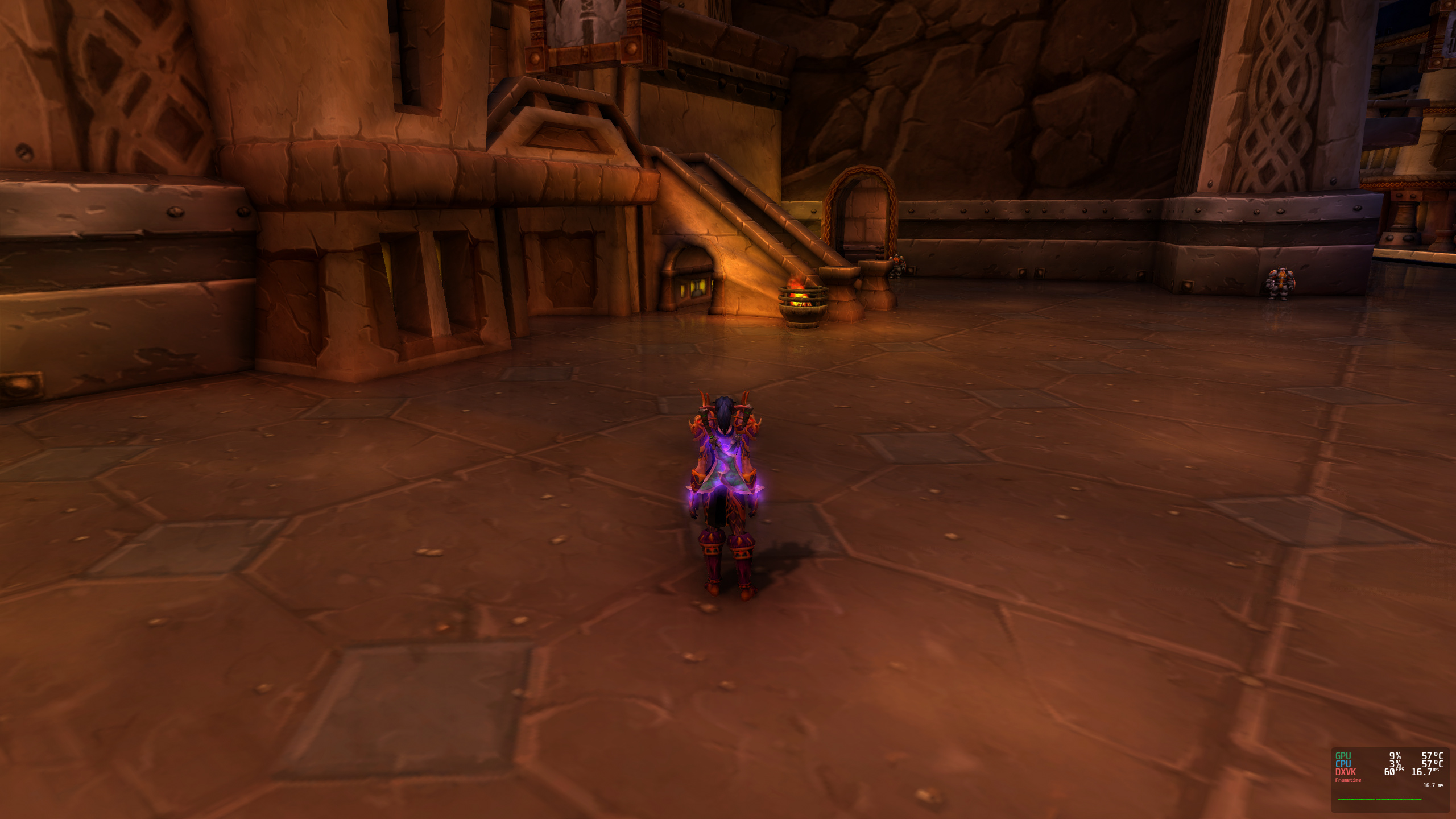 Thanks for the clear guide. Managed to get it too work with World of Warcraft Classic.

And i only get started there will be much more writing on configuration soon!

Too bad it only looks this nice when standing still. When moving around the effect goes on and off because of the scene changes.

Not sure what you’re talking exactly here, SSR you mean?

If so - then yeah, that’s a problem now due to nature of screen-space…Only possible solution is section here:

And btw SSR is real pain the butt to got well configured (also note that it captures things like UI, you may wanna use some UI masks and stuff like that or turn it off), that needs section on itself, i’ll try my best…

But for now check out this it shows SSR quirks and how to avoid them pretty good: 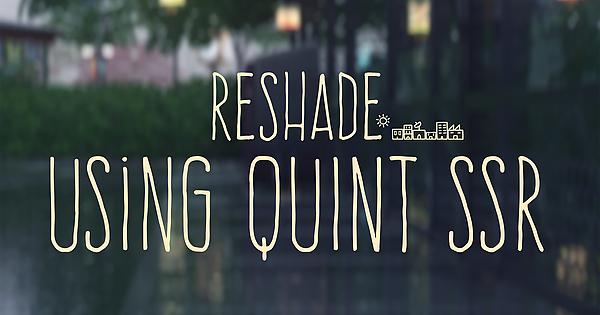 If you mean some “ghosting” or noise while moving with RTGI, note this:

My current recommendation would be for best quality to use ReShade_GI_Beta_0.11 , for now later versions are focused mainly on performance improvements, but loose some quality on a way (especially when movement occurs).

Improved guide and added for basic use of ReShade:

@BONK
Jeez, is there some limit on embedded videos for single post or something?

They’re all gone to just links