For those that multi-boot Linux distros......why?

I was more interested in multi-boot when I first started exploring linux. But keeping all of them up to date wore thin. Now I run one linux (updated) and a non-updated windows on each system. I don’t run windows enough to have a high security risk.

An installed backup distro concept has merit, but liveUSB ISOs can accomplish most of the same things. The exception is hardware won’t run well with an unmodified ISO. That’s where a persistent liveUSB is helpful.

I don’t multi-boot, I see no reason to do so, and even if I did, I couldn’t be bothered to… One OS per machine is quite enough for me.

In the extremely rare situations that I need something different than EndeavourOS, I either boot up a live image, or use a virtual machine. Or I use one of a dozen old, rubbish computers lying around, that I can’t bring myself to condemn to electronic waste, because the damn things still work.

I’ll admit that the hopping part of things has died down a lot since EnOS and Arch entered the picture - now the differences are in whether compiz is enabled, and what tools are included…

I use multi boot because sometimes I feel like trying out new distributions.

Playing devil’s advocate … can this experimentation not be done easier in VMs, rather than bare metal installs?

You have to reboot to use another bare metal OS, and with VMs you can have many virtual systems running concurrently, only really limited by available memory.

Snapshot management in VBox is great for experimentation systems too, takes seconds to restore a snapshot and boot into it if you break it.

One point in time I had about 40 VMs, I was installing and trying everything, but I finally reached the conclusion that nothing ever came close to Arch and AUR.

I have tried VMs, and they have their advantages (as you mention) but I have had poor luck with VBox (except with playing card games on Windows - all it’s good for), and insufficient time to familiarise myself with qemu properly. On top of that, there are distros out there that do not work the same way in VM’s as they do on metal - Garuda comes to mind. In addition, I work with rEFInd (and other) booting solutions which of course are not testable in VM environments.

I also found that the reboot is not that much slower than starting up a VM - and has the advantage that updates are properly applied (like new kernels etc) almost in passing…if you are rebooting anyway, why not choose somewhere else to go?

That’s most of the reasons, I think. It could just be a bad habit, of course! With 2 multi-boot systems on a KVM switch, it leaves me with something to do when I haven’t anything pressing…

In addition, I work with rEFInd (and other) booting solutions which of course are not testable in VM environments.

You should be able to test refind in a VM.

You know what they say about assume - perhaps it has struck again! Would it depend on which VM solution was in use?

Would it depend on which VM solution was in use?

I suppose it could but I can’t think of one off the top of my head that wouldn’t support it.

I have tested all flavors of boot managment solutions in a VM. Honestly, stuff like that is easier to test in a VM because of snapshots. You can instantly revert a VM to a previous state including the bootloader/efi variables/etc

Thanks for the info - and another thing to work on…

I used to be a single distro user (Ubuntu) for a while. I currently have a triple boot setup - Endeavour, Ubuntu and Fedora - one for each of the ‘families (arch/debian/redhat-fedora-centos)’ - with a data partition shared between them… I ended up with this when I started distrohopping, but the reasons why I left the multi-boot setup as-is:

That said, Endeavour has become my main desktop, I havent needed to boot into Ubuntu for a while now… So the first reason may not be valid anymore… I may end up trying out Silverblue - or Qubes - sometime - may revisit this then…

Setting up a multi-boot of 5 Linux distributions

with Windows on the side

the only point i see in doing it is like i do and dual boot endeavouros with windows and i use windows for gaming (what linux can’t do anyways) and use linux for everything else. i don’t see a real point in dual booting more than one linux os because the only real difference sometimes is package managers and maybe if you wanted to dual boot vanilla arch just to tinker around with it

Thanks for the post and welcome to the forum!

gaming (what linux can’t do anyways) 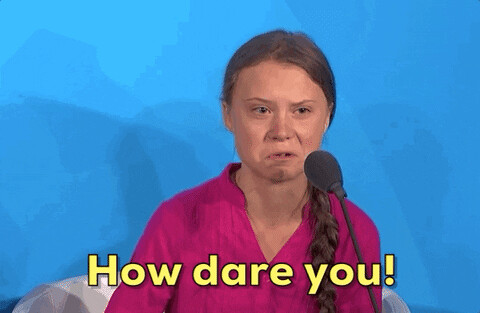 thanks for the info on linux gaming! if i can get the games i want to play to work in linux then i’ll be more than happy to ditch windows completely because i don’t use it for anything else anyways.

If you’ll have any trouble or question - just ask in gaming section, maybe we can help figuring it out

I’ve dropped Windows couple of years ago, 98% of games from my personal library are working great, but you know…There are some problematic ones, in online realms with DRM i’ve heard (not online player myself).

It’s getting even better with time!

awesome! yea, i’m not an online player either anyways so it won’t hurt my feelings if the online feature doesn’t work. i heard that the new kernel, i think they said 5.12 will have some patches added to fix a lot of games that have issues with DRM. not sure about the exact kernel version but i know that they’re working on it

You mean EndeavourOS and vanilla Arch? There really is no point, they are pretty much identical.

You mean EndeavourOS and vanilla Arch? There really is no point, they are pretty much identical.

yea, i agee. i just installed endeavor when i made that comment but the more i use it, the more i realize that it’s pretty much identical like you said to vanilla arch