I was restarting computer after a system update of 100 over packages.
Upon start up, i noticed firefox was loading previous session (i want my firefox to load previous session) before launcher menu and task bar.
Because i have quite a few task in firefox that i have not go thru yet, hence i left it there not willing to close the tabs.
while firefox was reading from website, the launch bar and task bar are no where to be found. Hence i can’t do anything till firefox finish doing it bussiness.
Is there way to make launcher menu load first before all other user app ?

It would be good if possible.
Thx

Is that the case?
Then it’s kinda logical, just don’t restore programs like Firefox (meaning close demanding program before shutdown / restart) coz they hog startup.

If you have set your desktop to autstart firefox it will autostart.
Find out why Firefox autostarts in the first place.

I guess i don’t understand how linux startup things works… I guess there should be option somewhere i can tell linux to get desktop and launch menu button to finish loading first , then start loading firefox and it’s session.

The whole point is that firefox and all its’ session where launched before launcher menu (start button) and task bar were loaded. It should be launcher menu load first before firefox session.

It’s not Linux startup per-se, but KDE session restore, am i correct?

Like here on login you have Restore previous session selected, right?

Not sure about startup priorities for programs, if that’s what you want…It’s just overall very bad idea to restore hoggy programs like browsers or…Games

As for the startup and shutdown in workspace, i have none of what you shown. 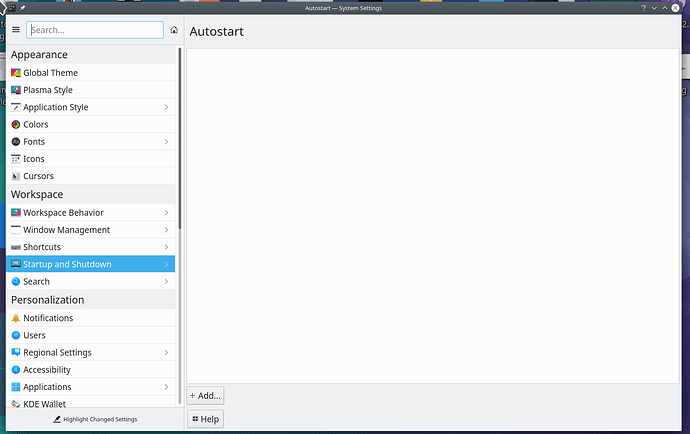 Q1.
This “Desktop session” is belong to KDE feature ? 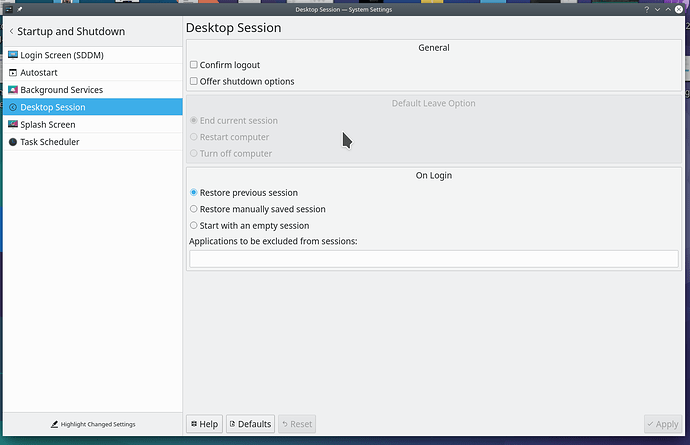 Q2.
Even if it is KDE, there should always be sequence to which is priority to be loaded first … it should make launcher menu and task bar priority to loading, after the whole Desktop is finished loading, then do the programs loading… isn’t that logic ?

As for the startup and shutdown in workspace, i have none of what you shown.

Actually you have exactly what i’ve shown

Why don’t you simply pin the tabs you want to see later? Then you can avoid all these session restore issues.

pin the tabs you want to see later?

Sorry, i totally don’t understand what does pin the tabs means. Were you meant to “pin” to favorite (which is in launcher menu ) ?

Right click the tab and select pin tab. When you reopen firefox it will be there when launched until you unpin it. 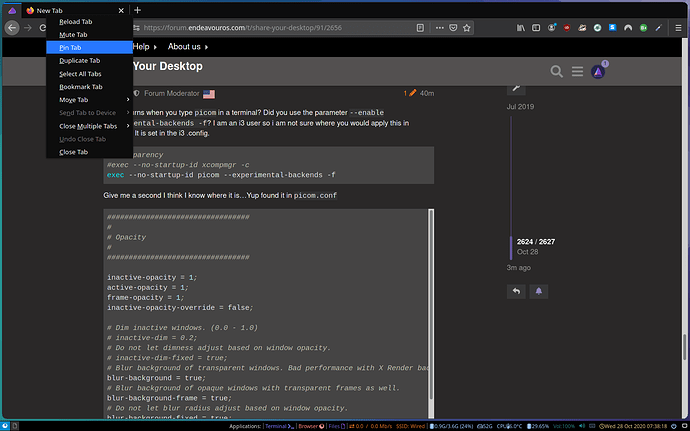 I do have Restore previous session ticked in firefox.
And also Restore previous session in system setting ticked as well …
What’s the different between the 2 ? i know firefox one is just to restore firefox session whenever firebox launch.
The KDE one is ? is it to restores all programs in previous KDE session ? if yes then, why my vim is not restored each time i reboot ? (side question)
And what has that go with “why firefox is launched before launcher menu and task bar” this question ?

The KDE one is ? is it to restores all programs in previous KDE session ? i

if yes then, why my vim is not restored each time i reboot ? (side question)

No idea, any opened program should restore, maybe it’s a bug

And what has that go with “why firefox is launched before launcher menu and task bar” this question ?

You just DON’T restore big programs like Firefox, like i’ve said in first post. There is no way (at least as far a i know) to control how exactly KDE launches it’s restore all programs stuff (since it’s auto process).

Oh, i see, never use it before.
Even so, You have said those pinned tabs will be launched next time firefox is launched.

Check your sessions on your login screen. Certain DEs allow you to save specific sessions and you can log in to any one of em to autostart certain programs. Might be why you see Firefox but not any of the other programs from the previous session.

Can you please show a screenshot of where the “sessions on you login screen” located ? i have not see any “session” on my login screen…

) icon of some sort or a dropdown tab that says Plasma. 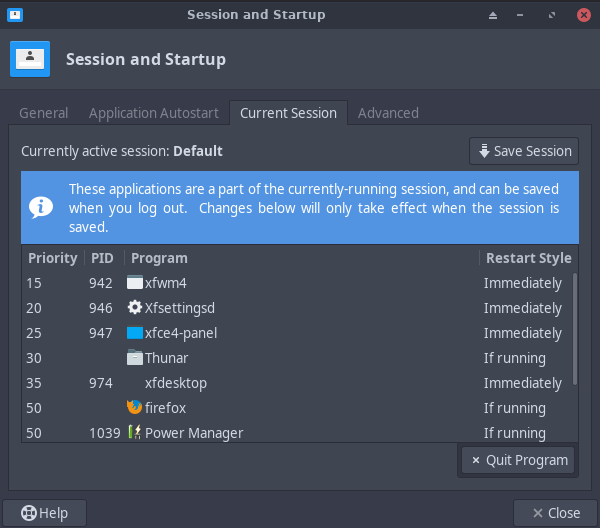 And LightDM, which pretty sure also comes with KDE, has a “Sessions menu”: 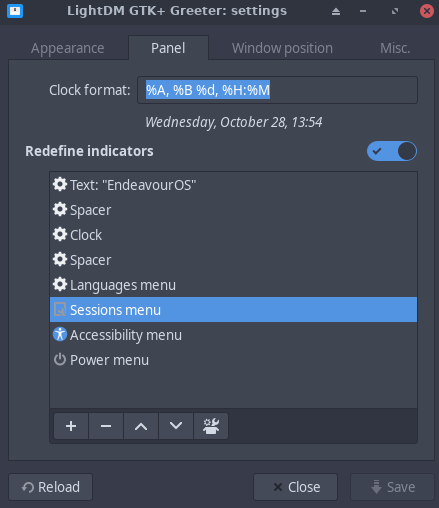 That “Sessions menu” is what I’m referring to and is a little Whisker icon next to my name. 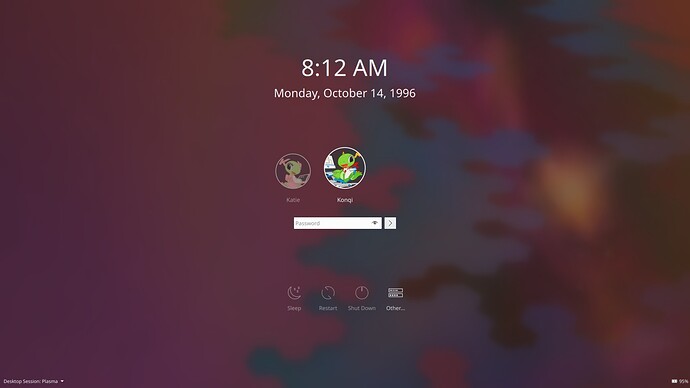 It would be that little tab at the bottom left.

That tab is not there on Plasma unless you have wayland in order to switch between them. It’s not like xfce.