Greetings fellow users, i am back once again.
To cut things short, i have a 8TB drive that had 2 partitions on them, one ext4 one ntfs, i wanted to put it back to its one partition state, before i was able to do any of that i noticed i couldnt mount the ntfs partition. (it always comes back with the unknown error while mounting messgae)

Ext4 one has no problems and works as intended.

Any help would be appreciated.

Should be able to create a new GUID partition on it and then format it using gparted.

Has the ntfs drive been used as the system drive for a Windows installation? The last few times I had issues with mounting ntfs drives it was a side effect of having fastboot enabled in Windows - this leaves the partition in what appear to be an unusable state.

I had also faced ext4, NTFS error after my debut here. Here is the link for it.

Not able to move/delete files from HDD Newbie

My desktop runs with SSD+HDD setup, with OS being installed on SSD. The problem which I am facing can be described as Files on HDD which I wish to delete/move is not possible as the options to perform them are disabled by default. 2)Permissions are allowed for everyone, this is also not helping. In settings I tried to switch the account type to standard, but the system denied it. 4)Every time when I start the computer, I need to authenticate the HDD in order to view files there. What shoul…

Should be able to create a new GUID partition on it and then format it using gparted.

id like to get the data from it first, while not important i would like to avoid the loss

Has the ntfs drive been used as the system drive for a Windows installation?

I had also faced ext4, NTFS error after my debut here. Here is the link for it.

Yes … you’ll need to get the data. But if it’s not mounting it? Are you trying to access it through Windows?

I do not have windows on my pc.
im trying to access it through my endeavouros install.

This is what I followed to mount them.

How to Fix NTFS Partition Failed to Mount Error in Linux

How to fix “Failed to mount ‘/dev/sdax’: Input/output error, NTFS is either inconsistent, or there is a hardware fault, or it’s a SoftRAID/FakeRAID hardware” error.

i did try that, it did not help

Can you manually mount the partition while specifying the NTFS filesystem, as mentioned in the Arch wiki ?

(Replace sdxY with the appropriate parameters for your partition)

Did you look at dmesg?

Use ntfsfix in the terminal, even if you can’t access Windows

ntfsfix repairs some fundamental NTFS inconsistencies, resets the NTFS journal file and schedules an NTFS consistency check for the first boot into Windows.

I do not know what it does.
and i dont want to make it worse. 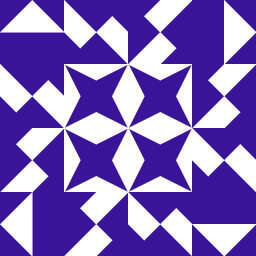 Unable to mount Windows (NTFS) filesystem due to hibernation

I don’t think the OP is using Windows at all.

There are 3 points to fix the issue in the article which is to be done from Linux.

Did you look at the output from the link? It has lots of errors related to it. I’m not sure at this point? I wanted to ask how you came to having NTFS partition on the drive and ext4?