The page you linked says it’s windows only, so not likely to be in the AUR anytime soon.

I think he was replying to a post above mine (shuvashish76)

I think it would be nice to have this on AUR in future.

Libation is not just audio book manager the main feature is it let you remove & extract DRM free Audio books from your Audible library.

Personally I believe in calibre’s view on DRM.

Nice, i like the wood background, i am going to give it a try, does it take a long time to compile ?

Nope, I can’t remember that it ran for a long time. 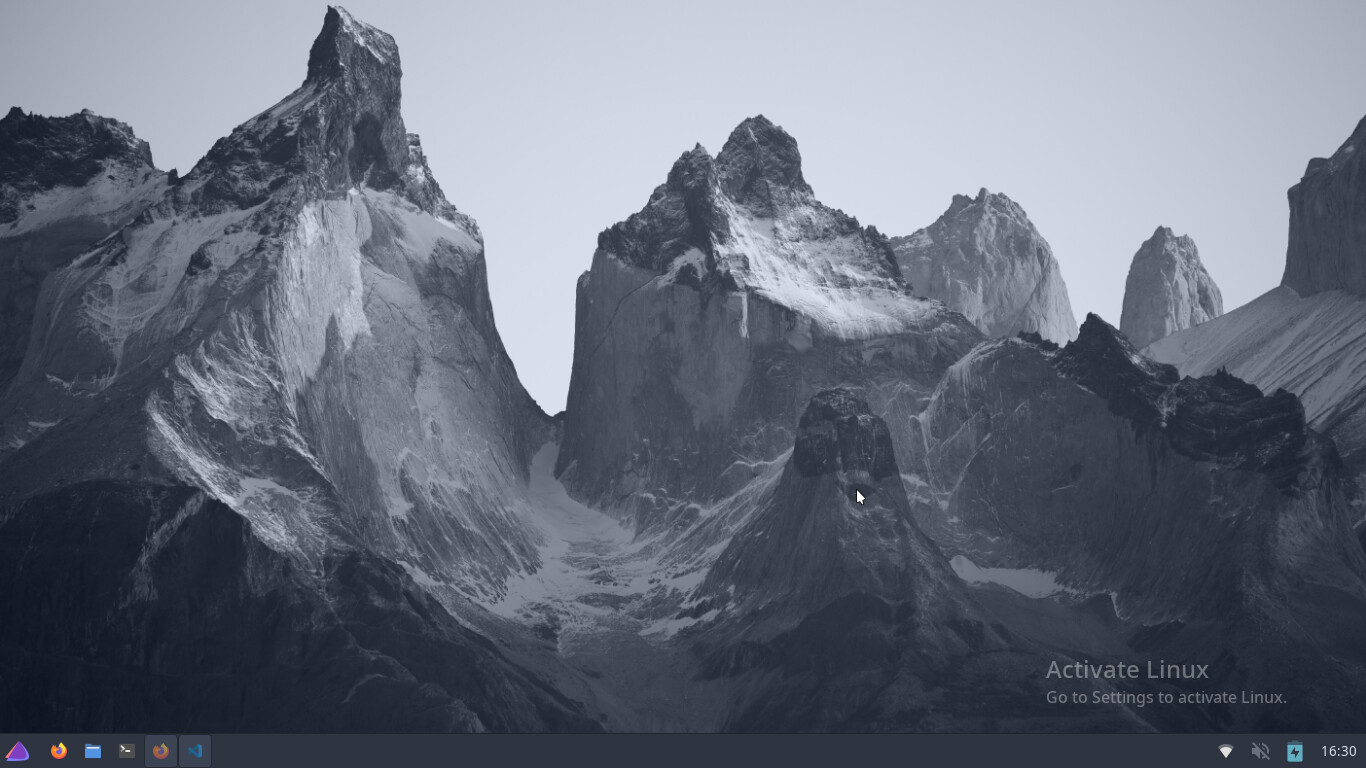 The "Activate Windows" watermark ported to Linux. Contribute to MrGlockenspiel/activate-linux development by creating an account on GitHub.

I think to understand the meaning of Freedom it is always important to remember our past.

A candidate for a list of “the least useful software ever created”.

An application I want to bring in, is Sunvox music tracker. If you like to fiddle around with some sounds, sunvox is intuitive.
Even with little experience, this application is fun to explore, and you can quickly make your own music creations with few resources. e.a At home with EnOs on the desktop or out and about on let say Android. 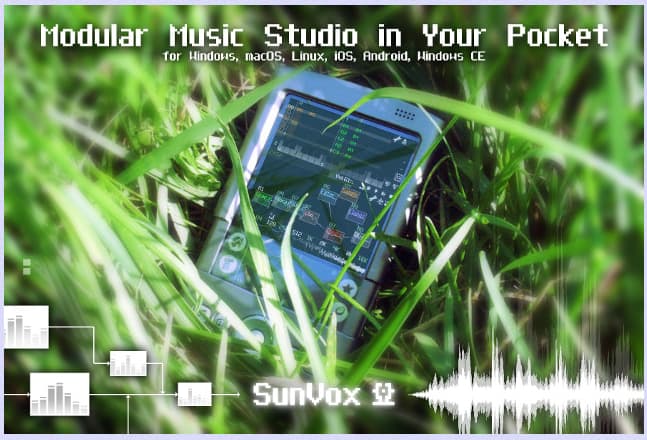 As a teenager, in the 1990s, I played with my brother’s amiga 64. I mostly used Octamed, a music tracker. Creating soundscapes.
I haven’t done this since. But some time ago I was curious about the program and if there is no alternative for linux.
That’s how I stumbled upon Sunvox. A derivative of Octamed, for pc (win,mac,linux,Android,ARM).
The creator also has other interesting projects, e.g. Phonomaker. (pic) 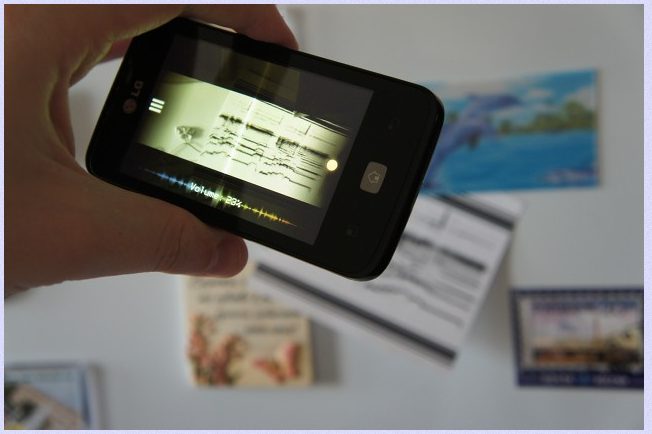 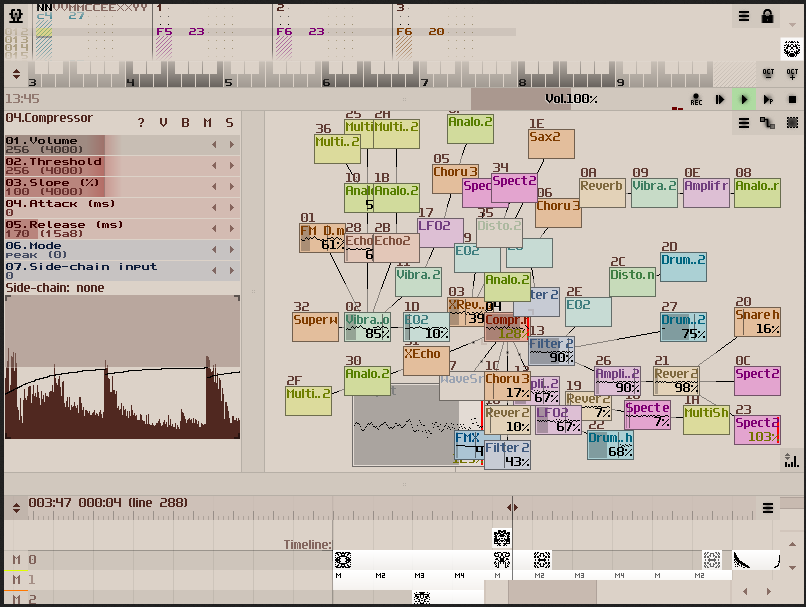 Example of setting up Sunvox for automaticly generate music. 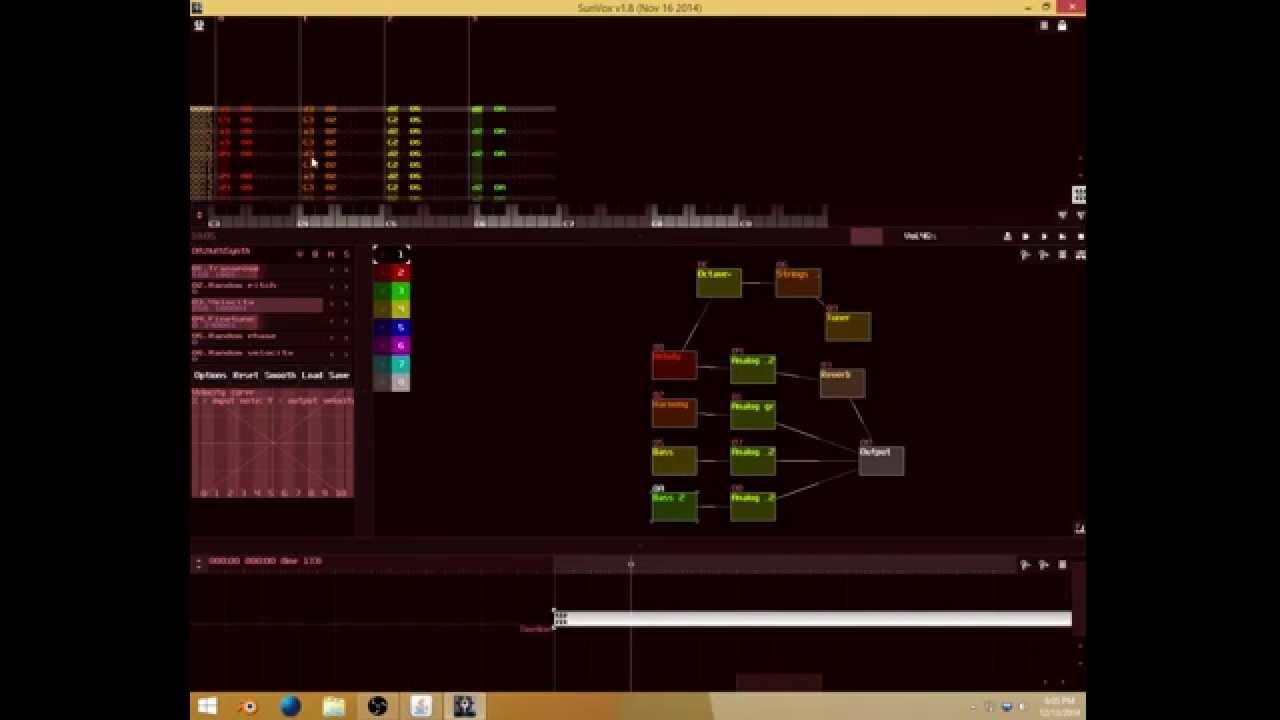 This is a program I wrote that, using the free music software Sunvox, will generate songs using a chord progression algorithm. This video demonstrates how to use the current version 0.3. Download links below: Download Program:...

Active community. With lot’s of tutorials and examples.

If I wanted to make music again, I would definitely use Sunvox again. 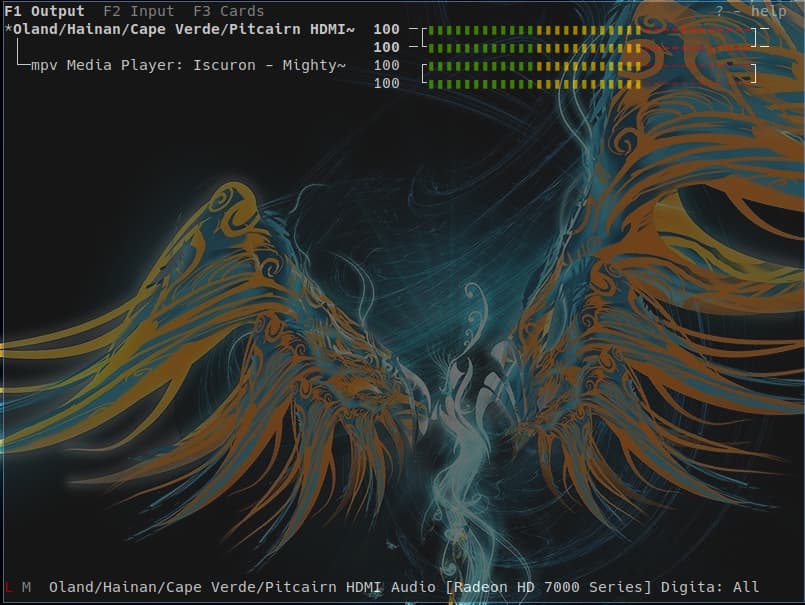 Actually, my favorite lesser known one is pikaur

I love pikaur - been banging the drum about it since this forum was created. Great recommendation.

Quodlibet — a music player for those who are OCD about configuring the metadata of their music files. 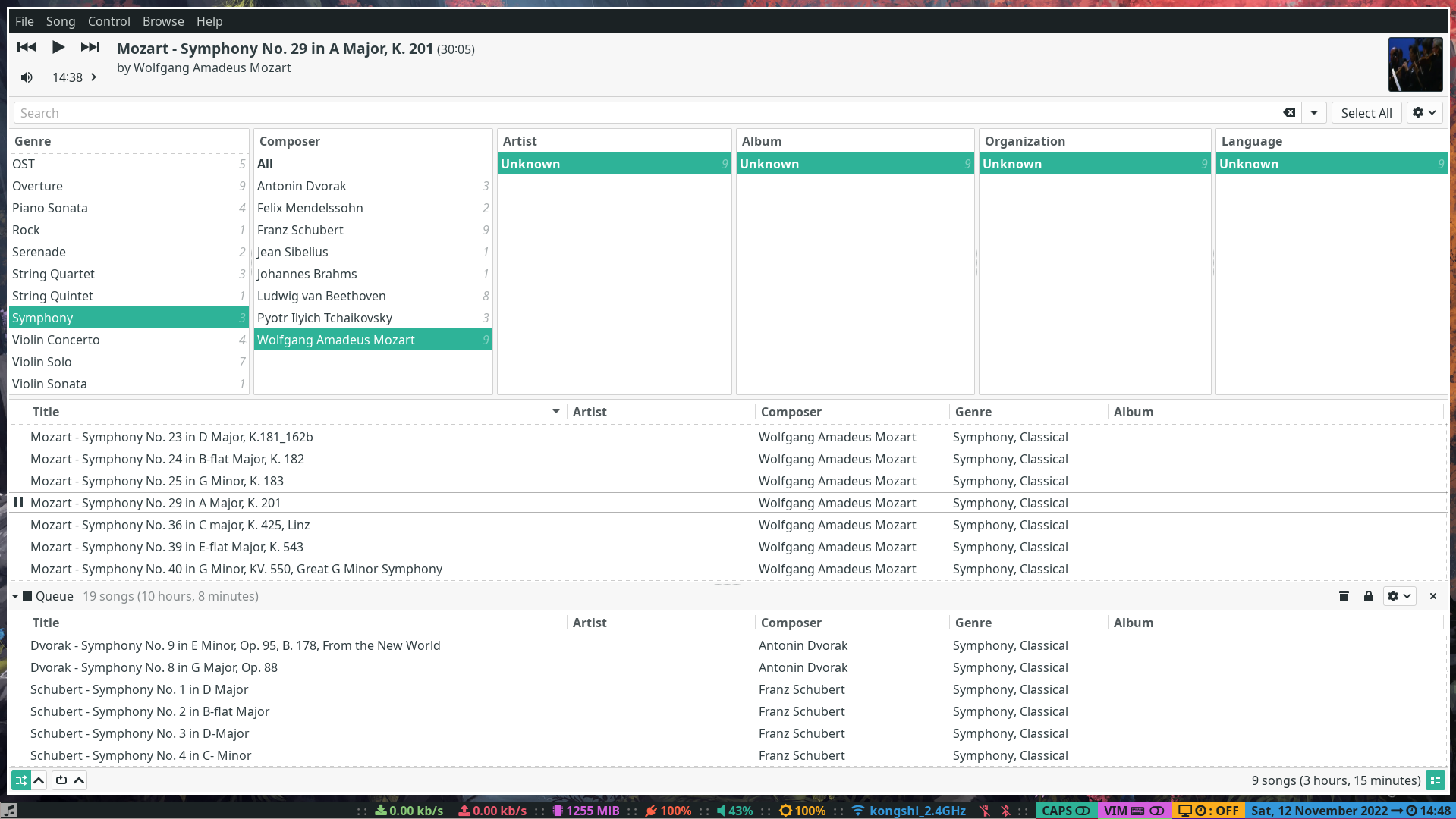 Calibre — a cross-platform and open-source virtual library that helps you organize your e-books.

Yep. It sucks when you have to compile overnight, then to find out it was stuck at a sudo prompt! pikaur fixes that, but then sudo asks for pwd before installing. IMO pikaur should be default. 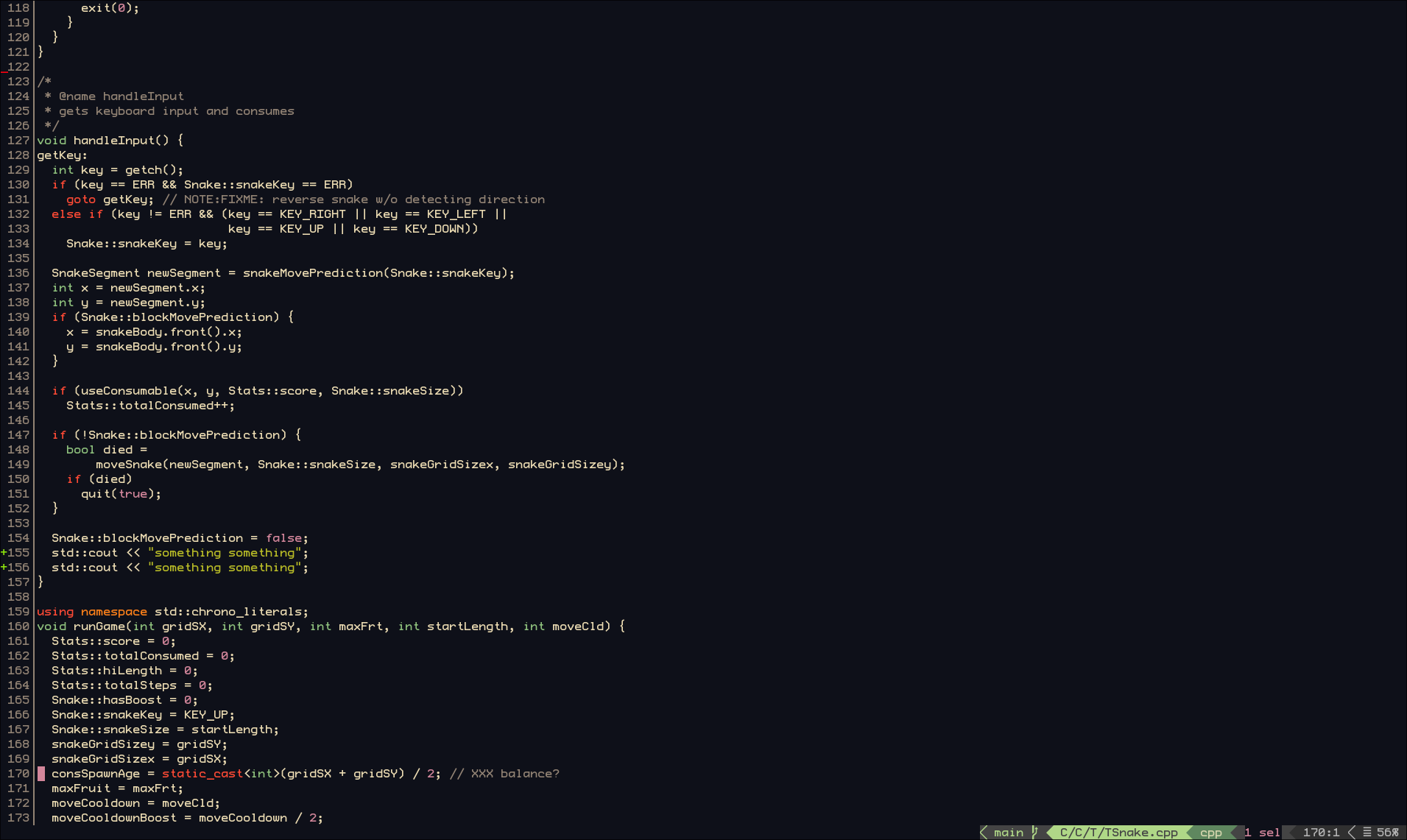 Kakoune - Neovim, but with a different plugin system, slightly different keybinds and a lot of QoL stuff, like git diff integration (next to line numbers in the screenshot), multiline editing and proper regex matches

DockBarX. It makes XFCE actually usable (w10 style taskbar). It can embed itself into the xfce4 panel with an optional package. Very customizable and makes XFCE like how I like it.

Me? Yes. Of course I want consistent theming but as far as the taskbar goes I want it Windows 10 like. With intelli-autohide (IAH). Other than the lack of IAH M$ did the taskbar right.

Such as allowing the clock and tray icons to take up 2 rows but the icons only one. XFCE doesn’t do that. In Deskbar mode the clock gets cutoff. In Horizontal mode the clock is horizontal.

Github desktop, i love it and easy to use

Simple collaboration from your desktop 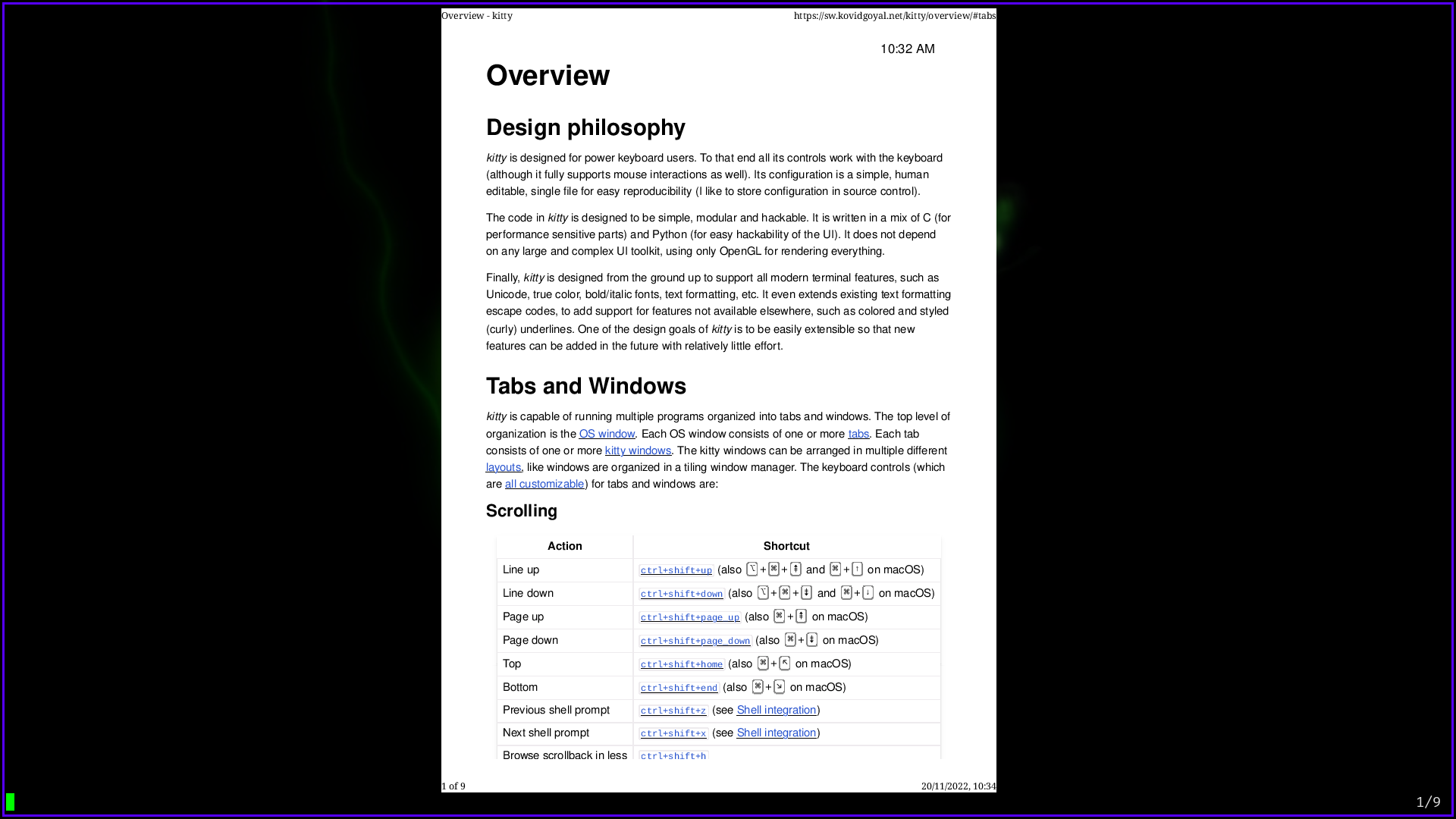 Doesn’t work if tmux is loaded, so am trying to wean my self off it 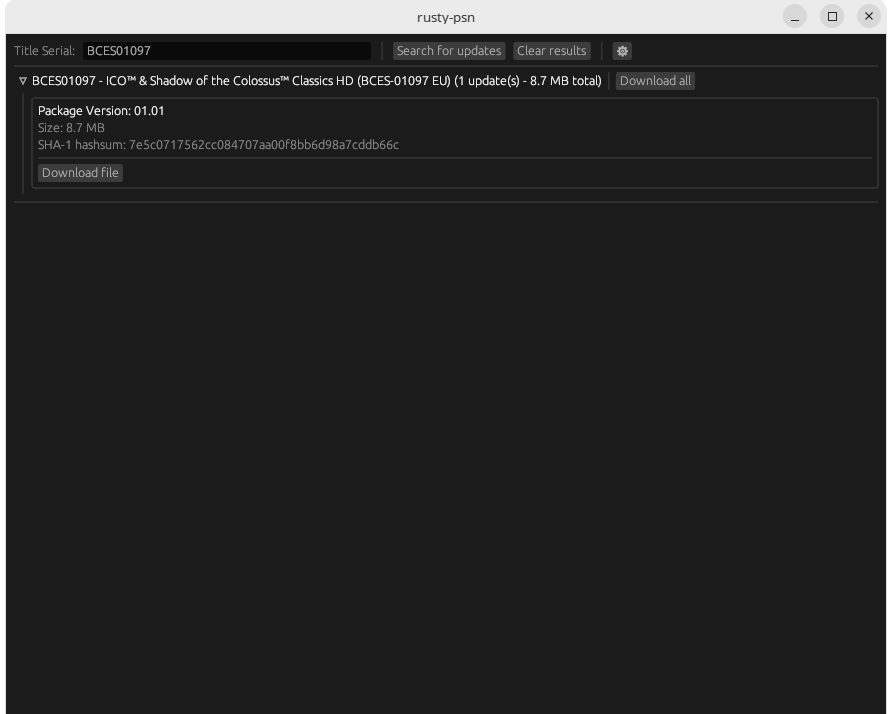 With it you can search and download game updates for PS3 games directly off of Sony’s servers. These updates are then easily installable through the PS3 emulator’s interface (RPCS3 for example).

It’s a script with which you are able to automate torrent uploading process to specific private trackers(works only with movies/series).