Emacs users out there?

Ok, another pub thread. I opened a similar one in the past as I was curious about vim and emacs.

Time has past and I started using vim and like it. However, here I am curious about emacs.

Are you using it? What do you do with it, text editing, coding latex? Gaming or others? Any tips and cool things to discover?

I am thinking about installing doom emacs following DT’s YouTube… and using evil mode, because vim keybindings are more sane to me and avoid a finger kung fun on my keyboard.

Me, I use my own config, with straight as the package manager and mostly emacs, rather than vim bindings and my own modal commands, using RYO-Modal (but not for editing).

I keep wanting to get into it. Specifically Doom Emacs with Org Mode for dot file config/management and then getting into other scripting/programing languages.

I never remember the keybindings though and at the moment I don’t do much scripting/programming so usually it’s minor edits to dot files and instead of trying to occasionally remember bindings I just open up micro or kate, make the edit and move on lol

Since my firsts steps on linux, trying to mantain some servers, I’ve only used nano. Besides I don’t do much on terminal, so, there’s no need for me to learn to use other terminal text editors.

By the way, I’ve found this funny page while looking for some more info about emacs:

I do not use emacs because it is just overkill for me. It is a lot more than just an editor. And I do not need 99 % of its features.

emacs is just too much for the console and quick editing. nvim is what I am using here. It loads fast and has all the features I need for a quick edit of config files and such.

When I do some coding in python, shell script and such I use a GUI editor. I have tested a lot of them. Since a few years I am sticking with geany (https://www.geany.org/).

Not too long I finally learned VIM. Shortly after I started using Doom Emacs and have fallen in love (and sometimes hate) with it. Org roam is now my notes application and I’m loving it. I also love whipping open the bookmarks and all my config / otherwise important files are right there. I will still sometimes do really quick edits in Micro but that is getting less and less as well. I will say Doom makes the difference though…if it weren’t for that I do not see using Emacs.

I was wondering, I have a file with text and figures at the end. Can it also render figures or only text?

I was thinking of running two buffers of the same document and work on text on the left, while scrolling down to the figures on the right side.

Not sure what format the figures are but I’m going to say most likely it can. The more you dig in the more you find it can do with the help of packages (plugins), and other configs. As an example, I added a config to do a simple keybind to a screenshot. I select the screen region and it’s automatically inserted into the text. I’ve seen examples of it render just about anything (I just can’t tell you exactly where to look I’m afraid).

I use Nano or Emacs in the terminal, and Notepadqq in GUI. An editor that doesn’t let you move the cursor to a point and start typing is in my world useless, so no VIM for me.

There’s not much I can suggest, I’m not l33t or anything like that, (in fact, I’m totally the opposite, call it a n00b) I use very differently from how most people seem to use it, I got recommended Emacs when I wanted to learn programming and I liked the history of it, so I started to use it and punched trough the weird keybindings by mostly sticking to the GUI. A nice lil package that isn’t very known is circadian, which automatically change the theme depending of the time of the day:
https://guidoschmidt.github.io/circadian.el/

Most other packages I guess really depends of your user case.

I know that emacs has a console and GUI mode. I used to use emacs with the auctex package to prepare my master thesis many years ago. My opinion about emacs is based on personal experience.

For me there are better GUI editors than emacs. And that is also true for the console from my point of view. emacs is overkill if you are only looking for an editor. Many people call emacs an “operating system”. Try and google that. This is a joke of course. But it is coming from this overkill I was talking about.

Trying to wrap my head around doom emacs. Not sure it is a good way to get started, but emacs keybindings a crazy! This seems to have pretty sane settings: 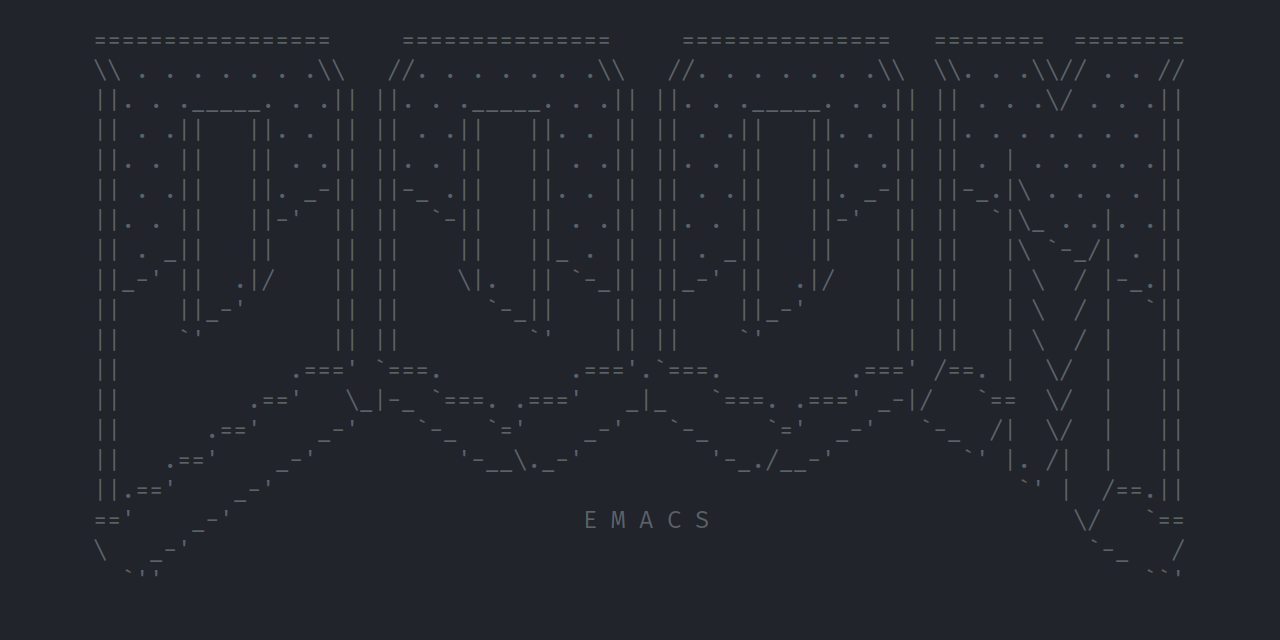 GitHub - doomemacs/doomemacs: An Emacs framework for the stubborn martian hacker

Doom is fantastic. It makes it so much easier to learn and operate, and I would not have become an Emacs user without it I don’t think. It brings defaults and keybindings meant to be used by actual human beings (the space bar leader key is an awesome example) and wraps up a bunch of helpful packages. Spacemacs is similar but I much prefer Doom.

Use emacs for programming. vi/vim/nano for quick changes.