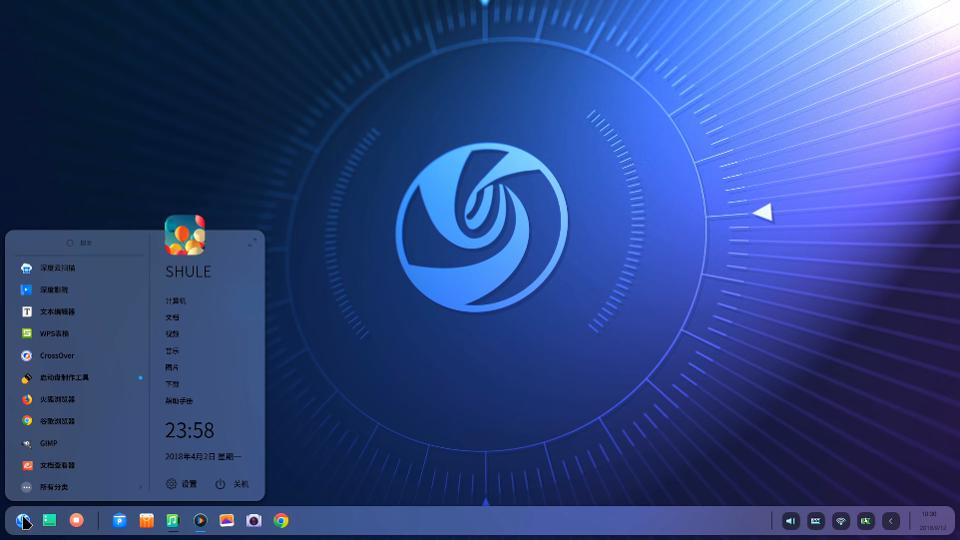 I had some burning questions for the folks behind Deepin, and was fortunate enough to briefly connect with Deepin Development Manager Hualet Wang and CTO Raphael Zhang.

We will try to make our vision clear, communicate if possible, make our software as open source as possible and encourage more people to engage in the process of developing Deepin. As for those few who refuse to see the facts, we have to leave them as is.

Personal it is ironic, in US we have microsoft apple, they all mining id’s and data. Comes to a chinese company they are all spyware…

is like your mail server is in america, with in investigastion they can going into your mail,

in to the dutch : keep the church in the middle

edit: i gues we have to test it out in vbox about the netwerk latency…

It’s an interesting article, I agree with @ringo in the western world privacy boundaries are already crossed and most of the consumers don’t care, because they get a fancy device for it. When it comes from China, it suddenly is scary.
Deepin is an open-source project and a very slick looking one, if I would bet on a Linux DE that has all the ingredients to appeal to the masses, then I would place my bet on Deepin.

As part of the testing going on, I just installed Deepin on EndeavourOS.
If you were to take Gnome to the beauty parlor, then a visit to the day spa, you would end up with Deepin. As @Bryanpwo said, it is very slick looking. Integration of configuration and options is great. No need for gnome-tweaks for me to get Deepin configured for me. Gnome-tweaks has always been an after thought. That’s what impressed me the most about Deepin. Everything is so integrated into the DE and everything works in a homogeneous manner. The “Control Center” is a little buggy, but I assume that is from working on an Arch base. DDE on deepin’s distro could work perfectly, but I haven’t tried it. One big thing for me is, You Can Put Stuff on your Desktop!!

I don’t know why Gnome is so adimately against this.

Granted that DDE (Deepin Desktop Environment) on EndeavourOS (Arch) is not the same as Deepin DDE on it’s own distribution. But with the integration of flatpaks in Arch, I was able to install Audacity, Gimp, Handbrake, LibreOffice, and VLC as flatpaks. WIth the exception of Audacity, they all work fine. I still need to play around with Audacity.

As far as Spyware goes. If their source code is readily available, I’m sure that the developers from Arch, Fedora (especially Fedora), and others have poured over it just as part of integrating the DE on their distros. I haven’t heard of them reporting anything out of order with deepin.

Here is my EndeavourOS Deepin desktop. 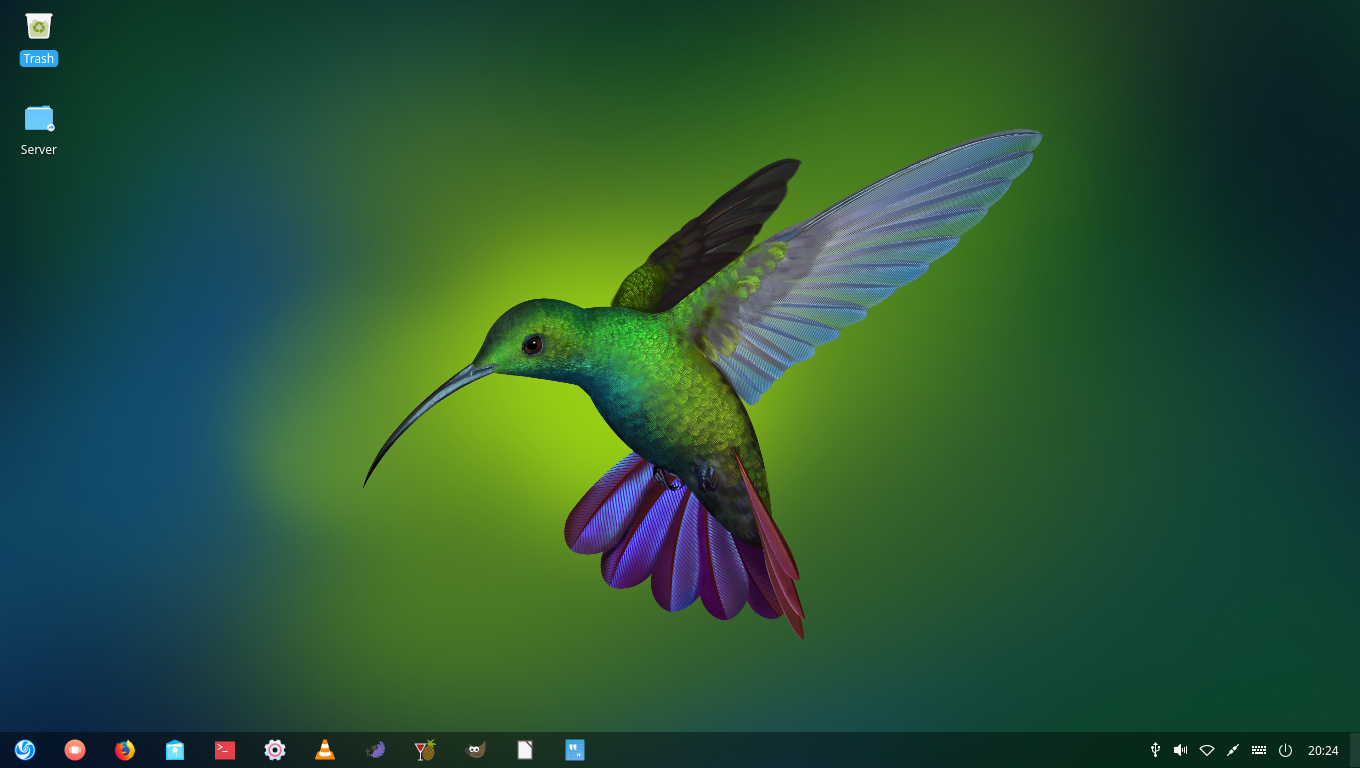 During my distro hopping, I actually installed Deepin to try it out. I have to say that it’s a very beautiful desktop and everything worked very smoothly. The only reason why I didn’t keep it as my OS: download mirror speeds (their mirrors are only in China). China regretfully doesn’t have the best phone lines in some of their communities, and that hurts updating and downloading speeds very much (it’s rare that their download speeds approach 5MB/s - and I’m on Fibre-Op!). That’s the reason why I didn’t keep it as the main OS. Had it not been for that, I would have kept it.

As for Spyware - please! Where it’s part of GNU/Linux, anyone can fix code in any OS. Why risk your reputation as an OS by inserting spyware? That’s a non-issue with me. The spyware allegation is just political ‘clap trap’.

I tried the Deepin Desktop Environment a while back and found that it was not quite configurable enough for me. I’ll admit that it was a slick looking environment, however.

On the spyware angle:
As other’s have said, I wouldn’t see how anything that could be considered “spyware” could be slipped into something distributed as source code – that is, the desktop environment.

If I were to be be concerned about spyware in any piece of software, I would look in two places:

AFAIK, there are no closed source packages integral to Deepin. And since it’s Debian based, it should be easy enough to validate the packages it distributes.

Thus, I’ve never given much weight to the spyware accusations.

I think the current Deepin version is quite polished. It looks like the version coming in 2020 is even more slick. I have tried the Debian based version and have also installed it in Arch. It is very smooth and works well in Arch. It may not be for most Arch users but will appeal to some and i think it’s drawing an audience from other places. I think it will be around for a while. As far as built in spying? Don’t really have a strong opinion on that one.

It looks like deepin Linux is a member of The Linux Foundation. I haven’t heard her make any protests about it now or before (assuming we trust her), if not, make me better.

I assume that it is not so that for some decision makers in US deepin can be used as, say, game element. It’s good that no one suspect any of the local systems (e.g. some BSD), that there is something wrong inside

FOSS could only benefit from all this turmoil; moreover, behind the cooperation deepin / Huawei stand considerable money in the end. It’s quite edifying that instead M$, on many machines will settle Linux.

Read the article at Forbes, is a global media company, focusing on business, investing, technology, entrepreneurship, leadership, and lifestyle !
Not really sure, Forbes and New York Times are the best in open source journalism…

The ‘cliché’ on China or Russia from US, behind, this is only an economical war between multinational companies of each…

Now about DEEPIN, I’m using it from the start and saw his evolution. They did an incredible work on it, this is so far one of the best distro that you could put in the hands of new Linux users or experimented users as well, they pushed the user-friendly design enough well to capt the windows users or OSX user, the DE is closed to it with a Lunchpad and icons at bottom by default. The new V20 would make another step in this way.

When You see the university all other the world that mirror DEEPIN, be sure they don’t want to be spied too… https://www.deepin.org/en/mirrors/packages/

I’m going to listen ACDC WHO SPIED WHO ? sorry, WHO IS WHO ?
As you want, this is the same song.

I thought that Deepin also uses the rolling release model since they transfered to Debian.

The last release 15.11 done on July 2019 is based on Debian Stretch with 4.15.0- Linux Kernel do you call it a Rolling Release ? Sure you could play with it and install a more recent Linux kernel but this is where the limit of an hybrid fixed release appears ! Before 2015, DEEPIN was based on UBUNTU then from 15.X version it’s based on Debian…

What bring them on the 10 place at Distrowatch or popular, it’s their capacity to develop DEEPIN Appli like DEEPIN Terminal, DEEPIN DE or Video, Audio or DEEPIN manager (very usefull), DEEPIN store etc… they master the user-friendly Design on all the way, install is easy, make the USB Key too, I mean they made it accessible for everyone.

For me a real Rolling is EndeavourOs on linux 5.3.13-Arch

In the interview they say only that they use closed source stuff if it is a must need like nvidia drivers… and they also say that they do not want to use hardware info from users as they have concerns about privacy.
There are also no known indications on that “rant” The only thing is that they do work together with huawei in business way, but is this a bad thing? I do not know… most bigger DE’s do have business together with companies but isn’t all this about money? It is very hard to get Development payed only on Donation and i think it is O.K. to do business what brings money in for the lives of Developers, if it is clearly separate from the development of the DE itself…

rolling release is not necessary new versions, but is just it rolls to updates that never ends and not work on a periodic release model.

I give you an exemple of what not makes Deepin Rolling. I use a Deepin for my dad who has a Ryzen 2200G then since the version 15.7 you couldn’t update it, doesn’t work still on Deepin 5.11 because they stays on Linux Kernel 4.15 and needs at least 4.19 to make it work. Only 1 update from July…

Until Deepin Kernel updates and core software packages are only updated in a major release, so it makes it a FIXED release. We could tell Debian Ubuntu Fedora are FIXED Release where ArchLinux EndeavourOS Manjaro are Rolling Release !

I think they don’t use it to see that you have twice update a year !

Aand i dont use other distro

but i gued deepin main comes from debian sid but further… Idk actually ,deepin is nice but bulky but comed close to modern

Deepin is a distro and a DE. The two updates are DE releases, not updates for Deepin OS. Like Linux Mint Debian, Deepin is a rolling release and Debian is way behind in comparison to Arch, that’s the nature of Debian.

That’s a good thing for the entire Linux world, another big brand that officially supports a Linux distro and it isn’t Ubuntu for a change.