My primary objective in this post is frivolity, i shan’t lie… but tbh it is also underpinned by a smidgen of irritation at one sentence in this article. 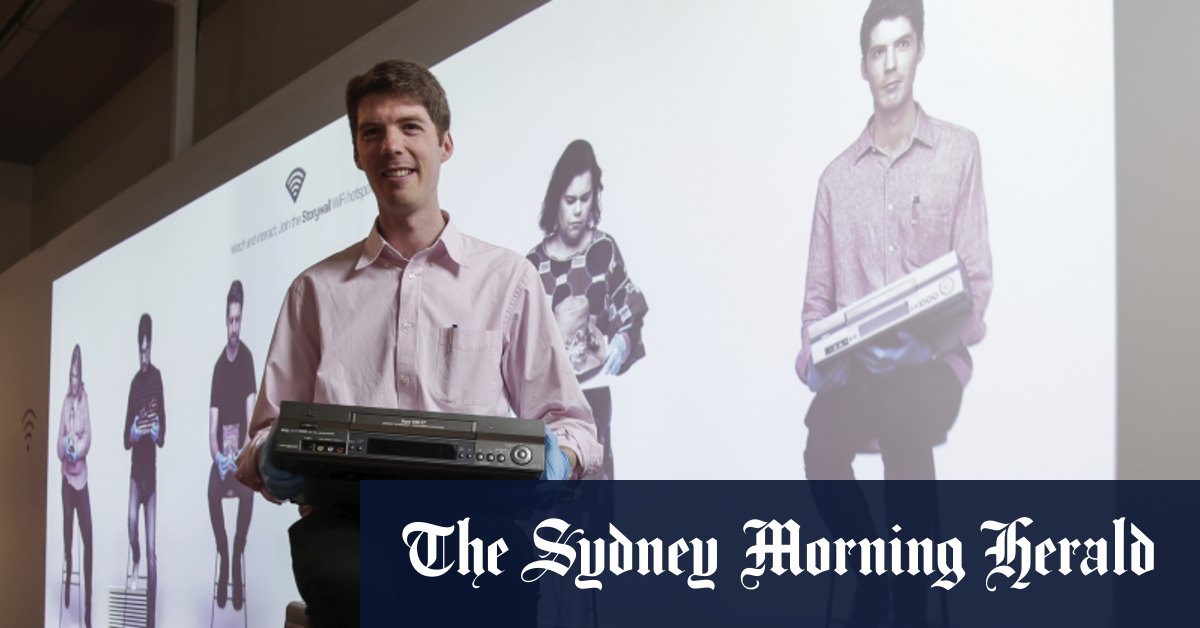 Once in almost every home, now the VCR is a museum piece

The National Film and Sound Archive is highlighting the value of the VHS in a new exhibition area.

For those only familiar with DVDs and streaming services, the video cassette recorder was a chunky metallic unit that played something called a VHS tape that was often hired overnight from a video store after an argument about who had already seen what movie.

Where’s the mention of the technically-superior albeit ultimately strategically-losing Beta?

C’mon journos! At this rate future generations might never even know of the full story. Beta was king. Then it wasn’t. Tbh i never cried too hard when VHS also lost the battle.

I no longer have any VCRs in my home, but i do still have my old Marantz tuner-amp, cassette deck and [gasp] turntable. Most of the time no electricity gets fed to these venerable old beasties, but occasionally i fire them up [& the floor speakers + my joyful bass-reflex subby], whack in some of my C90s, & blow the cobwebs out.

At the back of my entertainment cabinet still lurks some ancient Beta VCR tapes. Can’t ever play them again… but simply can’t throw them out either.

I remember getting old fan-subbed anime on betamax back in the 90s! Unfortunately for me, we didn’t have a way to play them in my home and I was too young to know the difference between the two, so now I am forever haunted by the mysterious 90s anime I never got to watch.

I think VHS was superior in every way to Beta, and the better standard won. Sorry

Sony just made the cassettes too small, and if you couldn’t record an entire (American) football game on one, it was useless for an average home user.

Can you say M$ (never mind)

Do those two words truly belong in a single sentence?

I just didn’t want people to confuse it with the real football.

I believe the preceding pair of posts are entirely uncontroversial & unlikely to raise anyone’s blood pressure… indeed, nobody.

I think that when it comes to VHS vs Beta, both quality and quantity won in the end.

More from this guy:

42% of my wardrobe [aka, closet] would debunk this myth.

You can probably write some music there too, so aliens would find your closet one day and listen to something nice

It reminded me that I’ve heard / read some stories from soviet union 80s, where people were making x-ray pictures at doctors, only to write music onto them, underground-DIY style and then play on some crappy vinyl players, because you know…Finding something actually good was not an option in there, unless you had some connections from KGB or some embassy to get yourself real vinyl of Beatles or something…

I love how people get creative in desperate times

Once a prepper - always a prepper, as they say 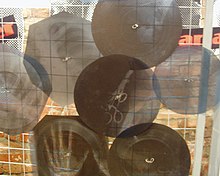 Ribs (рёбра, translit. ryobra), also known as music on ribs (Музыка на рёбрах), jazz on bones (Джаз на костях), bones or bone music (roentgenizdat) are improvised gramophone recordings made from X-ray films. Mostly made through the 1950s and 1960s, ribs were a black market method of smuggling in and distributing music by foreign and emigre musicians that was banned from broadcast in the Soviet Union, such as Pjotr Leschenko or Alexander Vertinsky, or Western artists such as Elvis, the Beatl Real ...

I think that when it comes to VHS vs Beta, both quality and quantity won in the end.

Well - I have a few (!) of each on hand (still) and could demonstrate otherwise - especially if I went into effects (like slo-mo etc). The basic design of VHS prevented quality from being a possibility, although adding extra heads and such workarounds helped on later units. Maybe later I’ll check out the links above, but the basic reason was simply Sony trying for too high a royalty on Beta usage…

It was more about Sony telling customers what they should want, instead of listening to them about what they really wanted.

basic design of VHS prevented quality from being a possibility

Yep. 100% of Oz tv stations used Beta not VHS… when they had the choice.

Yeah, but TV stations never need more than 1 hour of recording time (there’s always a commercial break where the operator could swap the tapes). This is unlike consumers who wanted to record their favourite TV show.

My ram is too dimm now, but afaik here during the heyday i easily recorded complete movies on a single beta tape. I can’t explain this implied difference between your experience & mine, but iirc it was usually fine for me.

The original Beta machines had only 1 hour of recording time per cassette. By the time introduced Beta2 and Beta3 (recording at lower quality for longer length), but by that time, it was already too late.

In the '70s Sony was completely out of touch with what their consumers wanted, by the time they started to listen, VHS already won the format war. (Part 2 linked above, explains that in painful details).

My personal experience is when I first encountered Beta, in the late '80s, VHS was already the clear winner of the format war, so Beta was just a curiosity by then. In Yugoslavia, we were living under a communist regime so any type of consumer electronics was quite a luxury.

Can’t argue against their ‘wilful blindness’ on consumer wishes, true. They just couldn’t believe that inferiority would be that acceptable! One notices that their next ‘war’ was won by them, despite the technical superiority being much less clear-cut (HD v Blu-ray) - so I guess they learned a little!

There’s been a drift away from my intent with my OP. All subsequent chat has been fascinating & worthwhile, but just for the record, my intention in my OP, if i obfuscated it unintentionally, was:

They just couldn’t believe that inferiority would be that acceptable!

Well, that “inferiority” was greatly overstated, and mostly subjective. If you look at VHS footage vs. Beta footage, it’s difficult to tell the difference, and often, VHS just looks better. On the other hand, playtime was a pretty objective number.

Beta was doomed from the very start: had Sony made a bigger cassette, they would have likely won the format war.