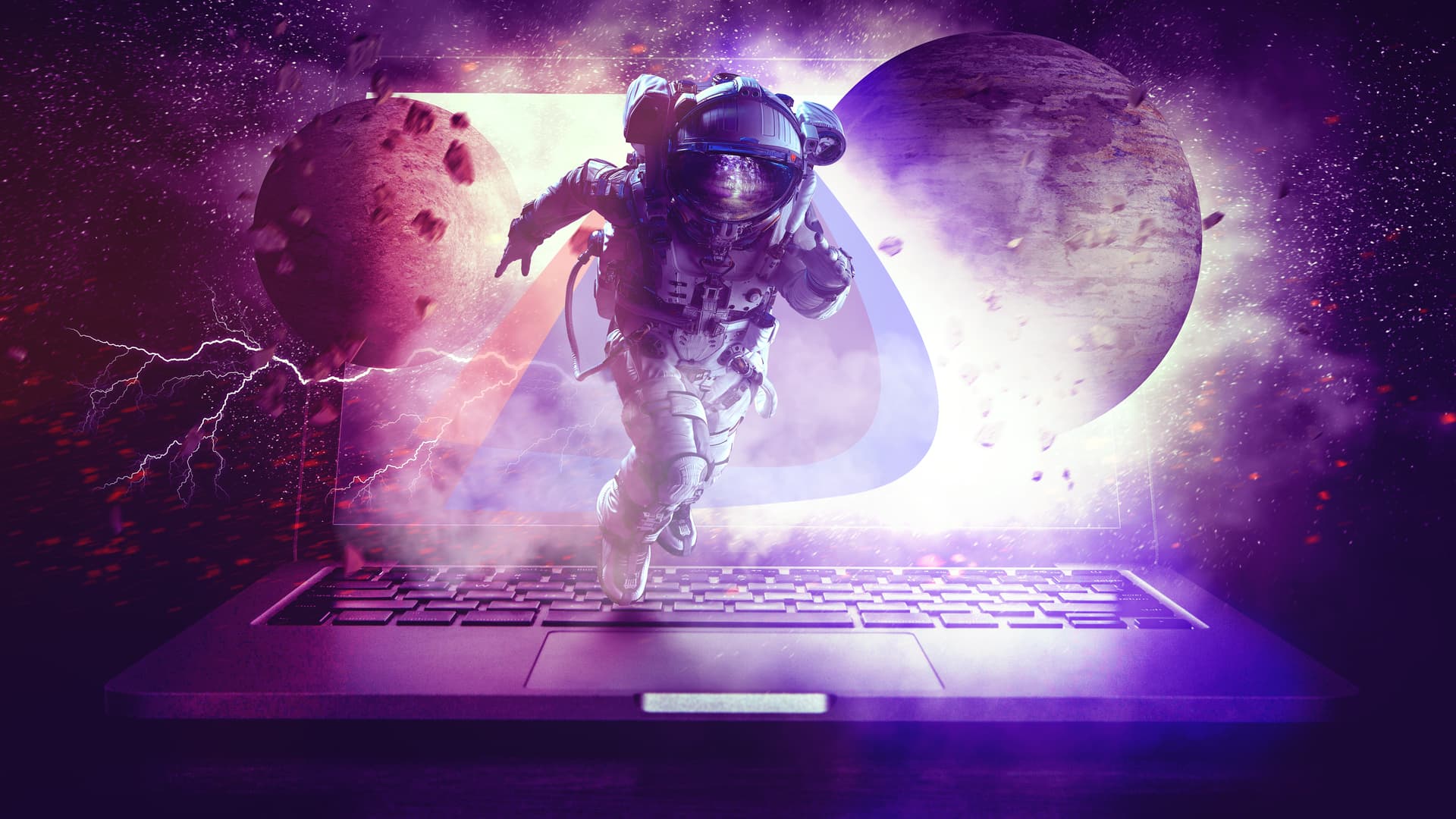 After our Artemis Neo 22.8 release that only addressed the Grub issue for the offline installer, we are proud to present, Artemis Nova, a release that next to the regular upstream refreshes also ships with some additional changes under the hood.

The improvements and system refresh described in this announcement are for the benefit of the ISO live environment and the installation process, so existing EndeavourOS users don’t have to reinstall since we are a rolling distro. We do have some additional info for running installations in this announcement, so make sure you keep yourselves updated on this.

But before I go on with the release announcement I want to give a big shout-out to the forum and Reddit moderators, the entire Telegram admin group and our entire community on all of our official and unofficial channels for helping each other during the recent Grub issue. You all put your shoulders together and did an incredible job. Thank you so much for this stellar achievement, we love you for giving EndeavourOS that extra special touch. 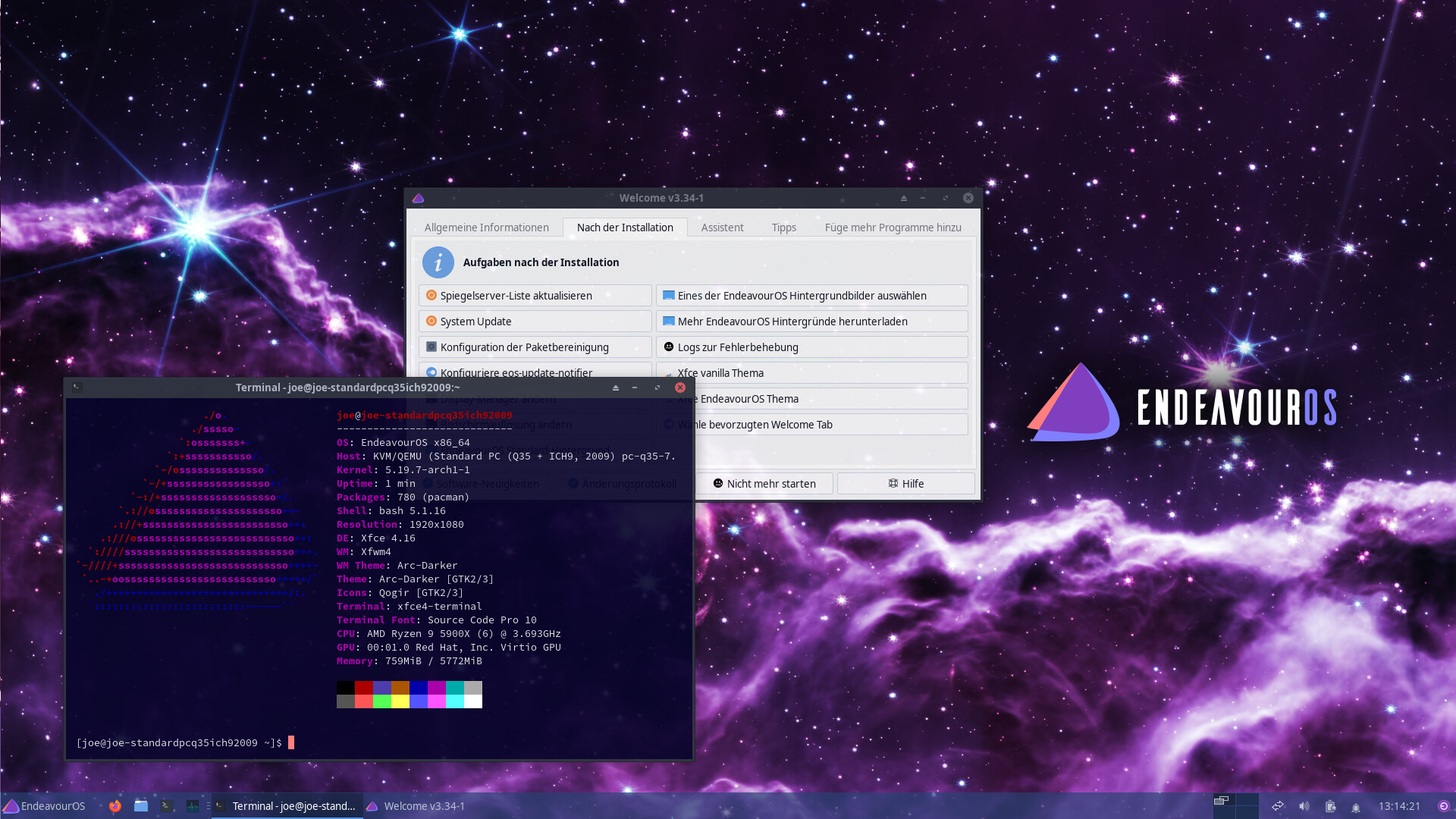 This release is still operating under the major Artemis release flag, so it doesn’t ship with major new features, those are still in progress by the development team for our upcoming major release, Cassini.

The refresh package versions are:

Historically, the endeavouros repo has been below the Arch repos on the list of repos in /etc/pacman.conf. This presents a couple of challenges:

We want to be clear, we are just moving our existing small repo to the top and it does not mean we are planning to grow the size of our repo or start overriding critical packages with custom versions. This is consistent with what many other Arch-based distros are doing.

This does create an interesting challenge for us, the nature of the change requires that we will need to modify existing installs. Generally, modifying existing installs is something we don’t do. However, in this case, having a portion of our installs with the repo in different spots will create breakages which we also don’t want. As a result, very soon, we will be pushing out an update which will move the repo to existing installs. We strongly recommend letting this script run. However, if you don’t want your installation to be modified, you can opt-out by adding # EOS do not modify to your /etc/pacman.conf. The script will look for that before making changes. 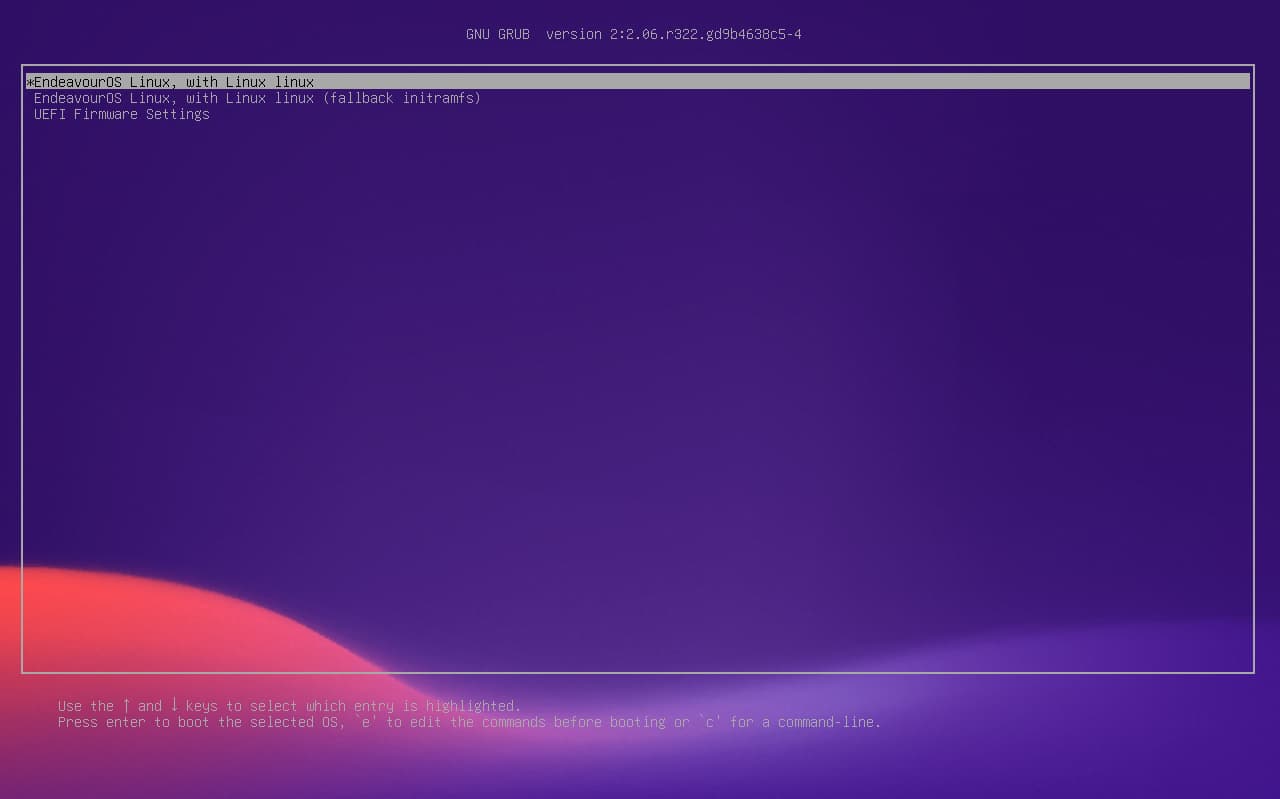 As part of the recent challenges with Grub, it has come to light that running grub-install is required when updating grub. Unfortunately, this is difficult for a distro like EndeavourOS to safely automate. This is because EndeavourOS is a distro where we view our installation as a starting point from which we encourage our users to customize it to meet their individual needs. As a result, we have no control over the configuration of the bootloader on existing systems.

We have been considering what to do about that going forward. For Nova, we have decided to take a conservative approach. As a result, we are now shipping a mostly vanilla Grub experience by taking the following actions:

What this means for new installations

What this means for existing installs

I want to thank the entire dev team for this release and for your hard work. Even though Nova is an interim release, the obstacles you endured in creating this one were challenging at the least. In-between server migrations and offering the community help you were able to bring these significant changes in a very short time frame. This is a paramount achievement considering how small our team is. You genuinely can be proud of what you have achieved because you went far and beyond the definition of what an enthusiasm-driven distro is…

You can download the ISO over here and here.

Some very sensible changes to avert repeats of recent problems

It is more likely we would do the opposite which to update the version of grub on the ISO to the latest. This seem to be a better way to fixing it. Nova incoming ?

Thanks for your work and your transparency

Fantastic work and very much appreciated. Thank you all for making this the best distro there is!

Does that mean we need to run the above command each time there is a kernel update? Meaning the old entry is not going to boot?

The grub-install part is that to remain conservative because of recent events or is that really necessary because of the changes to eos and how grub will be handled from now on? I guess a more hands off approach.

there is a kernel update

Not an update but whenever you add/remove kernels

os-prober is no longer enabled for new installations (It is still installed by default).

Likely to throw off a lot of newbies…

That is better than having grub issues.

Not an update but whenever you add/remove kernels

Ok, so let’s say if the lts kernel updates I am ok, it’s just if I install an additional kernel like mainline… Then I run the command to add the entry in grub.

That is better than having grub issues.

I remember os prober being disabled in previous eos versions.

I guess I was lucky, just had to issue the grub install command. No problems afterwards. Seems a lot of drastic measures for one incident but I am happy to go with the eos flow. I am sure the team has thought about this carefully. Thanks for all the efforts!

The os prober thing is tricky to catch, it’s a small hidden thing, and difficult to find in the wiki until you found it. Edits: I am working on a dual boot now installed xfce yesterday. There was no os-prober installed and the GRUB_DISABLE_OS_PROBER=false was not set to false out of the box. Just FYI. Fixing that to show windows in my grub menu.

Seems a lot of drastic measures for one incident

It is not exactly one incident, we’re still getting users affected by the issue. Having an unbootable system is one of the worst things to happen. This incident made the team review the different stuff in the previous grub implementation and try to simplify it to reduce the risk of future breakages. Also, this aspect is already explained in the release notes in a more eloquent way incase you want to read it again.

It is not exactly one incident, we’re still getting users affected by the issue.

But to my understanding they just had to run

One command. If they didn’t read the forum then need to chroot to make their system bootable.

Now they will have to deal with os prober, dual boot not showing up, and the kernel not displayed at boot if installing another version. The same users that don’t read the pinned post are not going to have an easier time. Just an observations. Perhaps I haven’t captured the full complexity of the grub issue but have followed closely the forum since it happened.

When such a serious problem occurs, it is too much work for a small development team. I think it’s easier to create a beginner-friendly document than to help many people one by one.
So better arch compatibility, which is fine with me personally, because I am interested in the arch system, not individual solutions. By the way, I’m not against custom solutions, it’s just worth documenting what the pros and cons of a particular thing are.

storing images logos and backgrounds for Live ISO. Contribute to endeavouros-team/artwork-images-logo development by creating an account on GitHub.