[ARM] Boot Raspberry Pi 4b from a USB device 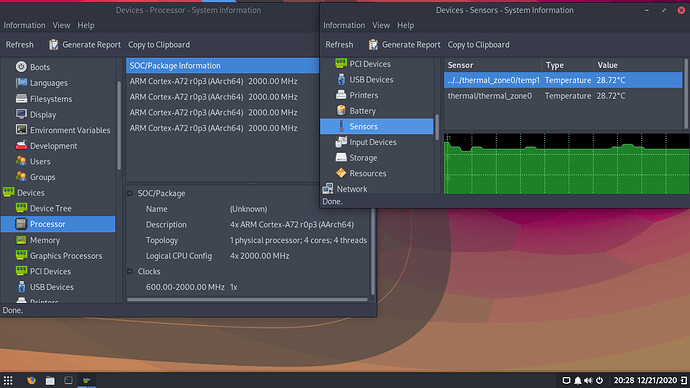 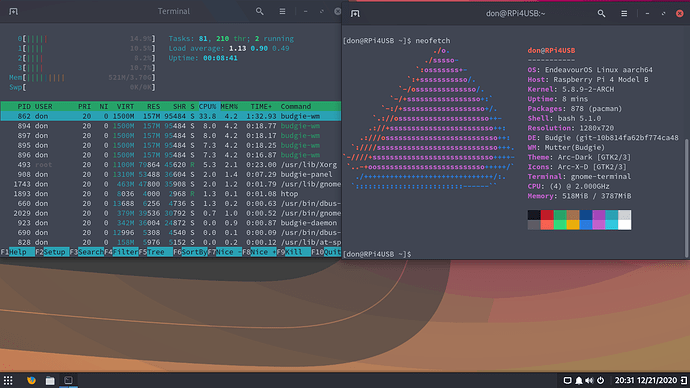 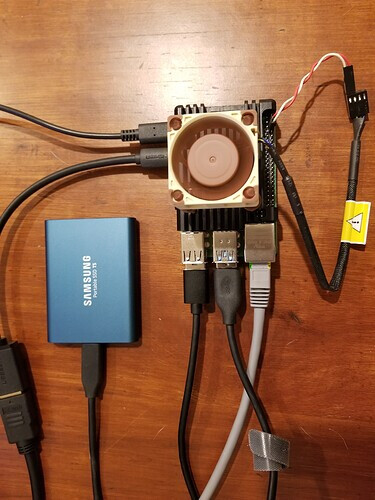 I posted the above in the “share-your-desktop” topic

I promised instructions on how to do this.

The instructions are available here

Click the ‘download’ button and a browser document viewer will come up where you can either print or save to .pdf

Ready for testing. If you try this, report back and let us know how things went.

Revised the instructions.
Also did some testing on storage device speeds.
Trying to show the effect of different storage devices. 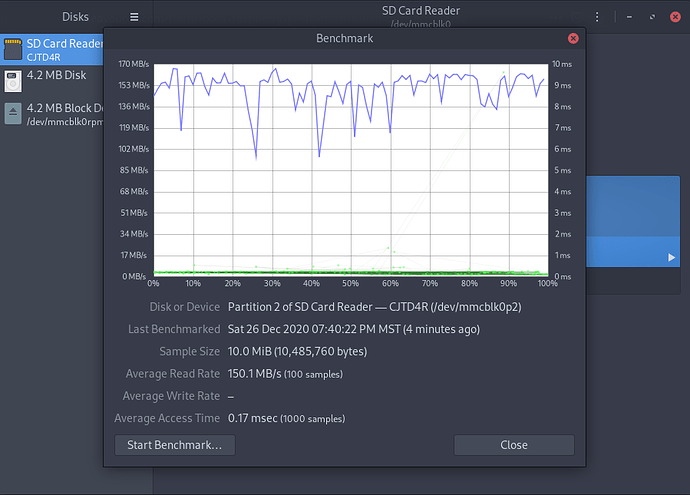 The benchmark in the pic was from the Odroid N2+ with hardkernel eMMC 64 GB.
It was the storage device on the system I was running while using gnome-files,
so no write speed was available

Nice benchmark!
It clearly shows how important it is to choose the right disk type for one’s purposes.

@Pudge, nice guide.
Just a question - does this solve problem with USB on RPi 4 with 8GB memory?
I tried something similar with official arch linux arm aarch64 iso but it is not possible at the moment since USB is dead due to different memory mapping of this Pi - link to arch forum.
From what I understand there are some workarounds to use binaries from other distros, limit memory below 4GB or use 32 bit OS.
Also Debian from kernel 5.7 (or was it 5.9?) should already have the necessary patches for 64-bit OS to enable USB.

USB is dead due to different memory mapping of this Pi

I have not had any problems with aarch64 and USB on Raspberry Pi 4b 4GB.
This is the first I have heard of this problem, so at the moment I don’t have an answer.

I have a Raspberry Pi 4b 8GB on order. It should arrive later this week. So I guess I will be finding out. 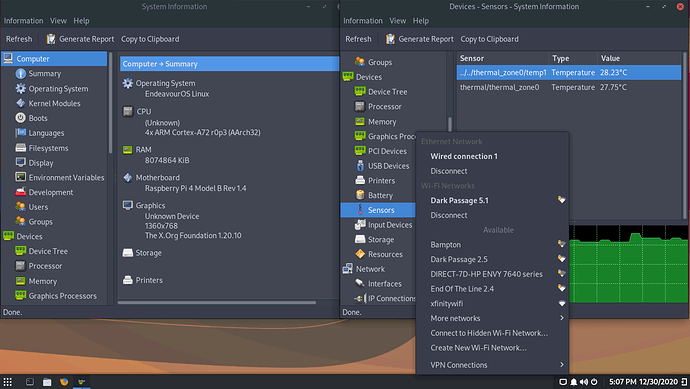 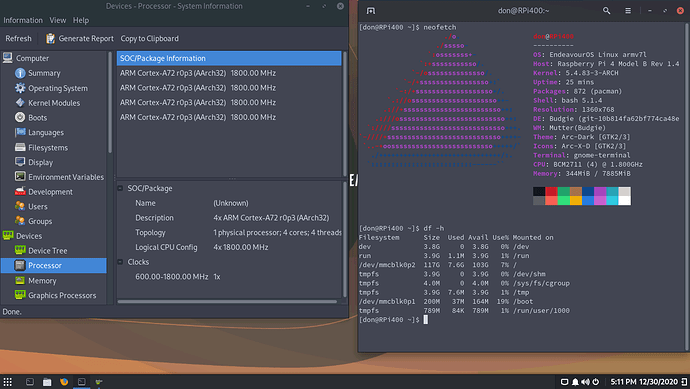 The above CPU temps were at the 1800 Mhz shown here.

For the image-install, just choose ’ Raspberry Pi 400 (32 bit) ’ and the image will work on either the RPi 4b 8GB, as well as the Raspberry pi 400. The fixes for the 5.1 WiFi are included in the install-script.

EDIT:
Next step, flash the EEPROM in the RPi 4b 8GB and see if it will run 32 bit OS from a USB device.

I will work out a image builder, that also includes arch/endavouros.
So after building a working .img is out and usb working, wifi,… are working.
On debian/devuan and ubuntu a builder from a friend an me is already working.

But that needs some time, if someone got tips just hit me up

edit: first i will focus arm rpi4 aarch64, then the other. our debian builder is already supporting many other boards.