Any recomendations for a tiling window-manager for wayland?

One thing preventing me from switching to wayland is a good tiling window manager.

I’ve tried sway, but I’m not a fan of how i3’s tabs work. I could manage but would go back to x11 in that case.

While there are many projects have been started, are any good enough for day to day use? Any recommendations?

Haven’t looked into it, but maybe https://github.com/waymonad/waymonad (athough it seems to be work in progress)

River - dynamic tiling, very nice and well maintained and avaliable in the AUR. If you dont like sway this should be your next thought! https://github.com/ifreund/river

Unfortuanetly, this is the only TILING and DAILY USE one i’ve found.

Try River. It’s the only other proper alternative.

This guy has some nice dotfiles which may help for all wlroots compositors. https://gitlab.com/snakedye/wlr_config

Haven’t looked into it, but maybe https://github.com/waymonad/waymonad (athough it seems to be work in progress)

Unfortuanely it seems the project has been abandoned.

And the bspwm for Wayland has also been abandoned

River has some of it’s features??

It was long shot…River is quite nice.

For Gnome there are 2 shell extensions for bringing some tiling action into play:

I built River this morning and realize it’s quite early in development, but seems to work for what I’ve discovered it does. Definitely still figuring it out.
Does it have virtual desktops (looked and didn’t see but it’s early and I’m not my best yet)?
So far, I’m not sure it’s better than Sway, but not sure it’s not either (how’s that for certainty)?

Thanks for the feedback, river looks promising, just built it. From what I can see it doesn’t support rotating monitors, which I need, so I’ve reported an issue about this.

Quick devs! It is supported

This is already supported, you may use any wlr-output-management client such as wdisplays, kanshi, or wlr-randr

Managed to rotate, but I can only open and move and launch windows on one of the monitors, even though the mouse cursor can move over both.

… need to report another bug, or maybe there is some window/locking feature I’m unaware of.

I finally made myself spend some time in River, and I’m really liking the concept.
It is somewhat awkward with the limited number of windows I usually keep open at once to have on multiple workspaces, and while I was missing workspaces in River, I’m appreciating its simple but convenient approach to a main application getting the majority of the screen and an application list getting the other part.
@OdiousImp Thanks for mentioning it. I’ve gone down the foxhole and have foot and fuzzel loaded and configured now. I don’t always want a tiling environment, but this works and is very light.

There are definetly workspaces in river…there’s has to be. There’s a module for it on waybar…They are called tags in river

Lol, then maybe I just don’t need them. As I said, I’m just getting good and into it. I certainly have more exploring to do.
Edit: Found 'em and even the default I3/sway keybinds…lol, I wonder why I didn’t try that? Course I also wonder why they have to use a different terminology for essentially the same thing.

I wholly endorse the use of systemd desktop 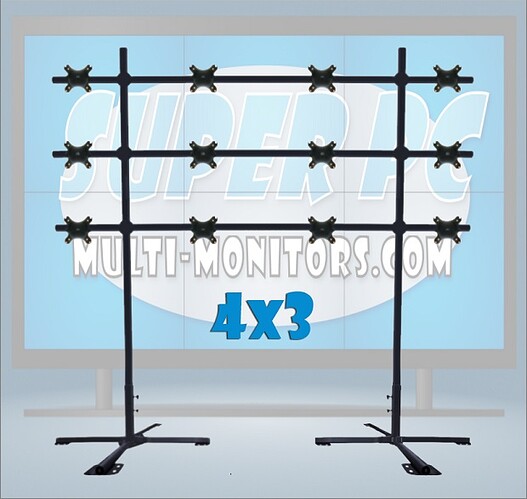