Alternative for Xeyes that works with Wayland?

we need a 14 eyes version

Is it only for me that as “simple” a thing as adding/removing a virtual desktop in Plasma/Wayland just makes the whole DE freeze? I’m also getting Plasma crash notification each time I login into the session.

Do you have a minimal example that compiles? It’s a bit hacky, but if it works… Just a big transparent window that passes all events to everything behind it. That’s all I need, really.

My one is one in 3: eyes cat clock

No, that’s not good enough, unfortunately…

xeyes is not for fun, at least not only. The purpose of this program is to let you follow the mouse pointer which is sometimes hard to see. It is very useful on multi-headed computers, where monitors are separated by some distance, and if someone (say teacher at school) wants to present something on the screen, the others on their monitors can easily follow the mouse with xeyes.

I think it will be difficult to do this.
How to determine easily if an app runs on Xwayland or Wayland

xeyes is a part of X11 demo apps that ship with almost any OS that ships X itself (you may need to install some package in your package manager to get it though).

xeyes uses X11 features to get updates about the mouse position and achieve its cool effect. On Wayland, however, there’s no way for a client to know anything that’s going on outside of its own borders, because Wayland is designed with isolation and security in mind. No app can snoop on the mouse pointer when the mouse is not over it. Because of this, an app like xeyes wouldn’t be able to run in a pure Wayland environment.

Here’s where XWayland comes into play. It’s an X Server that proxies its output via the Wayland compositor, letting you use X-only apps (including xeyes) in your Wayland session. For its clients — X-only apps — XWayland is an X Server they connect to; so they may use the usual tools to inspect (and modify) the environment.

If I understand this one correctly, the whole concept prevents an app from acquiring the necessary information.

Actually Georges Stavracas from the Gnome team has been working on this for some time. There are a couple screen recorders for Wayland one of which being OBS.

I’m not going to change my software because Wayland doesn’t work with it. I won’t use Wayland.

Nobody asked you to do any of that

, eventually it might when the developer wants it to but its possible for them to do now because George put a lot of work into it this last year especially on the OBS side of things.

Apparently there is a Wayland fork of SSR for wlroots

But how does that help with the problem in the OP?

I see on the other thread your pain has not gone away, so this might help: 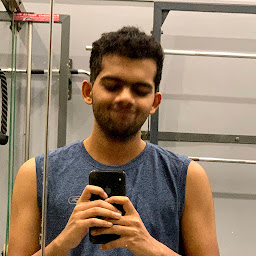 It’s not an answer per se, but it points to possible resources that could lead to the answer.

Also there is this gnome extension working with pointer coordinates. Maybe you can use their method to identify mouse position.

both of these in response to this:

I’d make one, easily, but I don’t know how to get global mouse cursor coordinates on Wayland.