All kernels failing to boot

Hello, the last couple of kernel updates made my kernels stop booting. Happened with 5.18 and 5.18 zen first… I could boot into to 5.15 lts still… Today that kernel was updated and now I can’t boot into it either…this is the error i get. 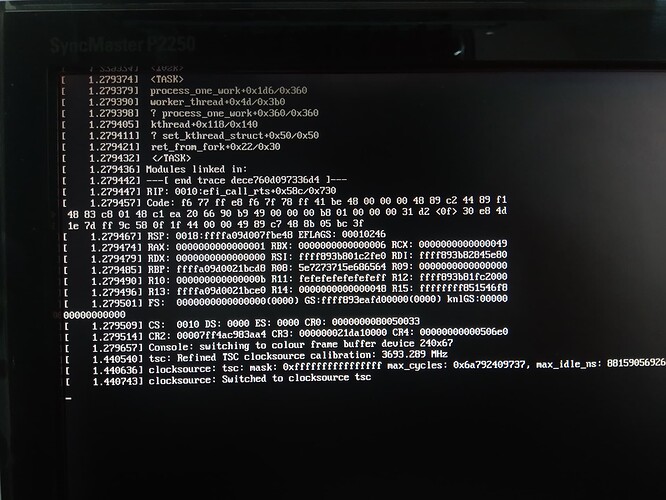 Is this on a Ryzen system?

Where should I add that? 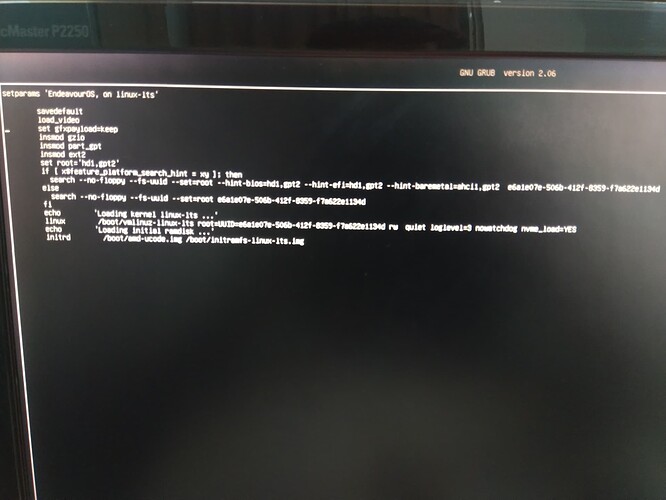 The end of the line that starts with linux.

If nothing else works, you can chroot and add @jonathon’s kernel repo:

Older LTS kernels Following on from the above thread, I’m thinking about building I have built LTS kernels from the AUR to make them available in an unofficial user repo. My current builds are now available here: https://repo.m2x.dev/current/kernel-lts/x86_64/ These are built directly from the AUR packaging files. YMMV etc. This repo has the same stepped cadence available as the other repos if you are already using one of those (make sure you don’t mix cadences). How to use Add this to yo…

That worked! Booted into lts. Thank you thank you… how can I make it permanent?

Okay… so just to be aware this is bypassing the spectre v2 security vulnerabilities but it does answer some questions i had. Maybe @jonathon could explain it better. You can make it permanent but not so sure it’s a good idea.

Edit: It may be a better idea to go the route that @Kresimir recommended.

I installed the 5.10 kernel from Jonathon’s repo. Same result… Stuck at the same error

I’m not sure what to tell you. I’ve had the same issue but only in virtualbox. Maybe @jonathon could advise about that?

The screenshots so far don’t show the same error, and don’t show the important part either. Are you able to recover more information from the journal?

What specific steps did you use to install the alternative kernels?

Also, [FAQ] Computer doesn’t boot, boots to a black screen, or stops at a message

how can I make it permanent?

To reverse, remove mitigations=off and rerun the command.

As @ricklinux said in the post above, this is probably a very bad idea.

I really didn’t want to advise to do this. For me it’s just I’m trying to test to figure out why i only have this problem in virtualbox and not vmware or booting on my computer. So it was just to confirm my thoughts.

sorry for the late reply, it was 3am for me…

I had 5.18, 5.18-zen and 5.15 already installed. the 5.18 ones stopped working after the latest updates, and then lts one the day after.
This is what I currently get if I boot these kernels without mitigations=off 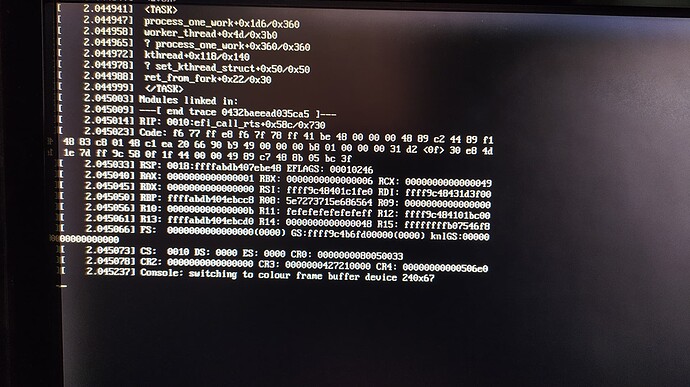 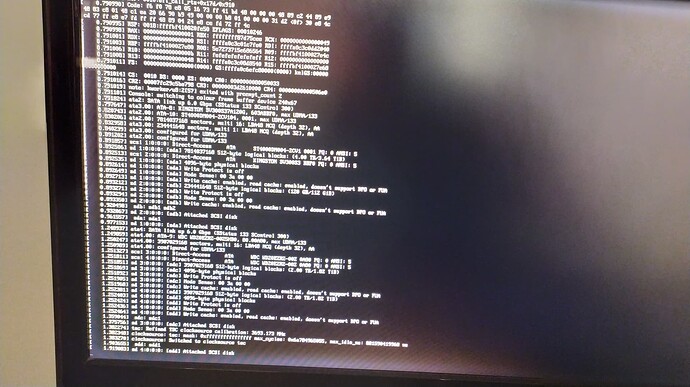 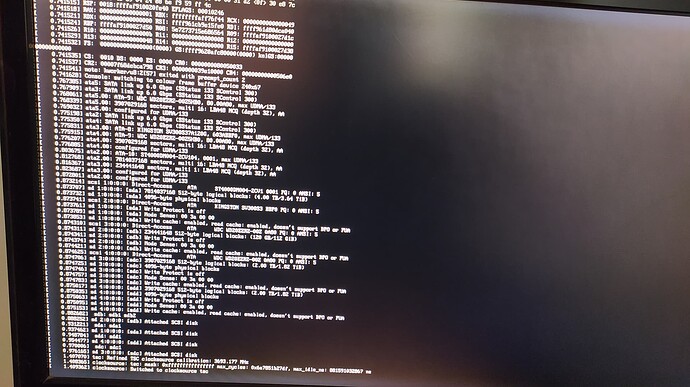 When I get these msgs, keyboard is completely locked up. So I cant switch to text console.
Once I got in by adding mitigations=off, I installed linux-lts510 by
Adding this to my /etc/pacman.conf:

Tried booting that kernel and it failed too.

From the time stamp, its the journal from when I added the mitigations=off afaik
The failed boots aren’t getting recorded I think.

Strange how it booted the first time you used mitigations=off. Are you trying to enable it permanently and this is happening? Are you sure you have done this correctly?

No the computer only boots if I add mitigations=off… I haven’t added it permanently yet.

Did you install the headers?

Okay sorry i misunderstood. I’m finding it strange that my system boots fine except on virtual box.

I missed the word without.