I saw recent announcement on the anniversary.

just worndered if there was a possibility of a 64-bit image for Raspberry Pi 4 coming some time in the future?

There’s already an Arch tarball for RPI 4. Based on that and the current snapshot of the team, I can tell that yes, there IS a possibility of that happening.

(This is NOT an official statement from the development team. I’m in no way aware of the official decisions/discussions. This is just an educated guess)

By the way, I don’t think this is the correct category for this post

I’m sure some moderator will let you know and move it to a more comfortable place. I’ll mention some just in case

Dont know about moving , but @Bryanpwo should make this Announcement & news leveled, not everyone can create a topic

The forum will get a dedicated ARM department very soon.

As for @fracmo2000 question, it will most likely work on the Raspberry Pi4 as well:

A Pi 4-version would be highly appreciated, as I’m not a Debian guru (understatement of the year). I gave my son the Pi, and he’s supposed to maintain it himself, with my ocationall help ofc. I try’ed the Manjaro-Plasma spin but it was slow, and the pure Arch is a bit to much for him.

just wondered if there was a possibility of a 64-bit image for Raspberry Pi 4 coming some time in the future?

Having said that, here is a thread on the Arch Linux Arm forum providing a hack to run 64 bit on the Rpi4. I haven’t tried it yet, so no recommendation from my side.

Will Arch Linux Arm provide a 64 bit image in the future? Anything is possible, only time will tell.

A Pi 4-version would be highly appreciated,

I have already tested EndeavourOS on the Raspberry Pi 4b. It actually runs very well as far as performance goes. However, one must provide a good cooling solution otherwise performance suffers from CPU throttling. Here is a video on passive cooling for the Pi 4

I chose this solution plus I mounted a Noctua 40 mm 5 VDC fan on the heat sink and connected it to +5 VDC on the GPIO connector. It now runs at 28 to 29 degrees C at idle and about 34 to 35 degrees while watching a MP4 video.

So if considering a Raspberry pi 4b for use as a full blown EndeavourOS with a DE, take into consideration that I spent about $30 USD on an acceptable cooling solution on top of the cost of the Rpi4… The Pi 4b does not come with any cooling solution, which is fine if you are just doing experimentation with robotics, IoT and similar low CPU use.

And lastly on the Raspberry Pi 4B. There is a problem with pulseaudio and the Rpi4. The audio skips enough to be annoying. My workaround so far is to install VLC for all video and audio playback. Then in VLC preferences, go to the Audio tab and change
“output module” to Alsa audio output
“device” to bcm2835 HDMI 1, bcm2835 HDMI 1 Default Audio Device
Then the audio is perfect.

That’s everything I know about Raspberry Pi 4b so far.
Does a good job with proper cooling and if you are OK using vlc.

Here at MercadoLibre de Argentina there is this one: 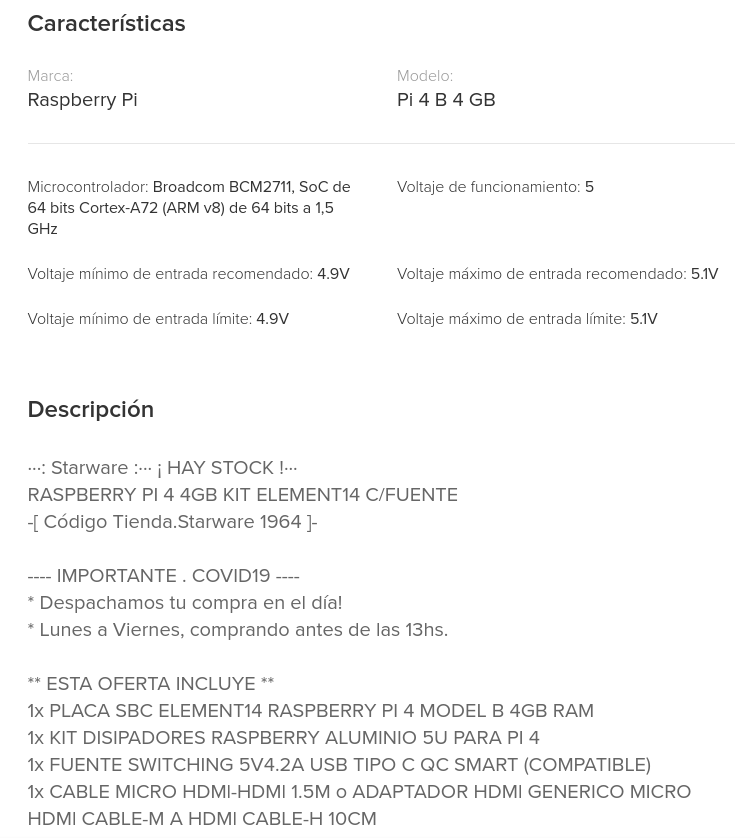 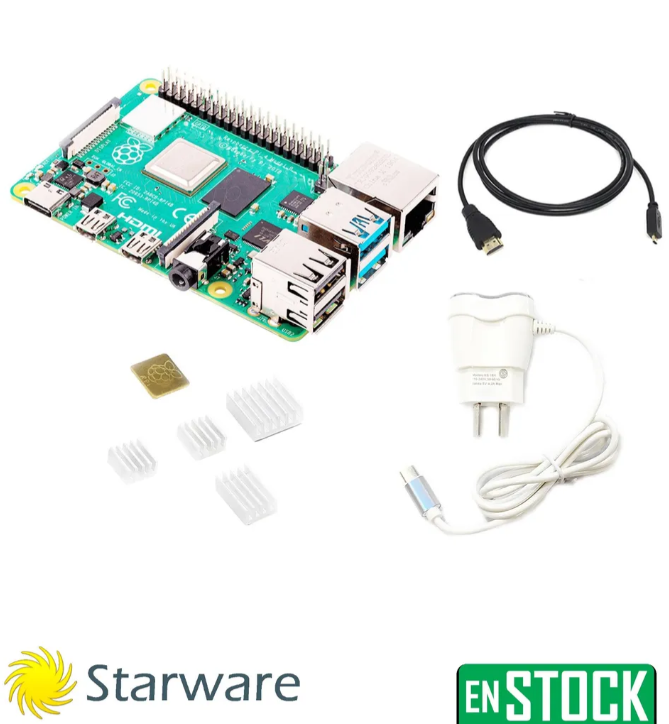 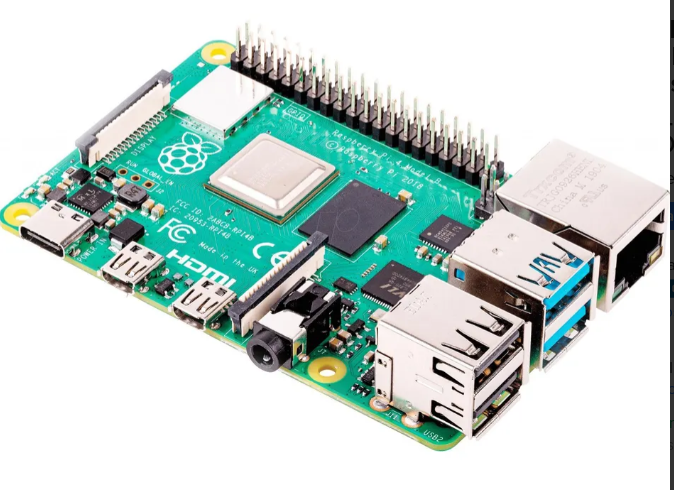 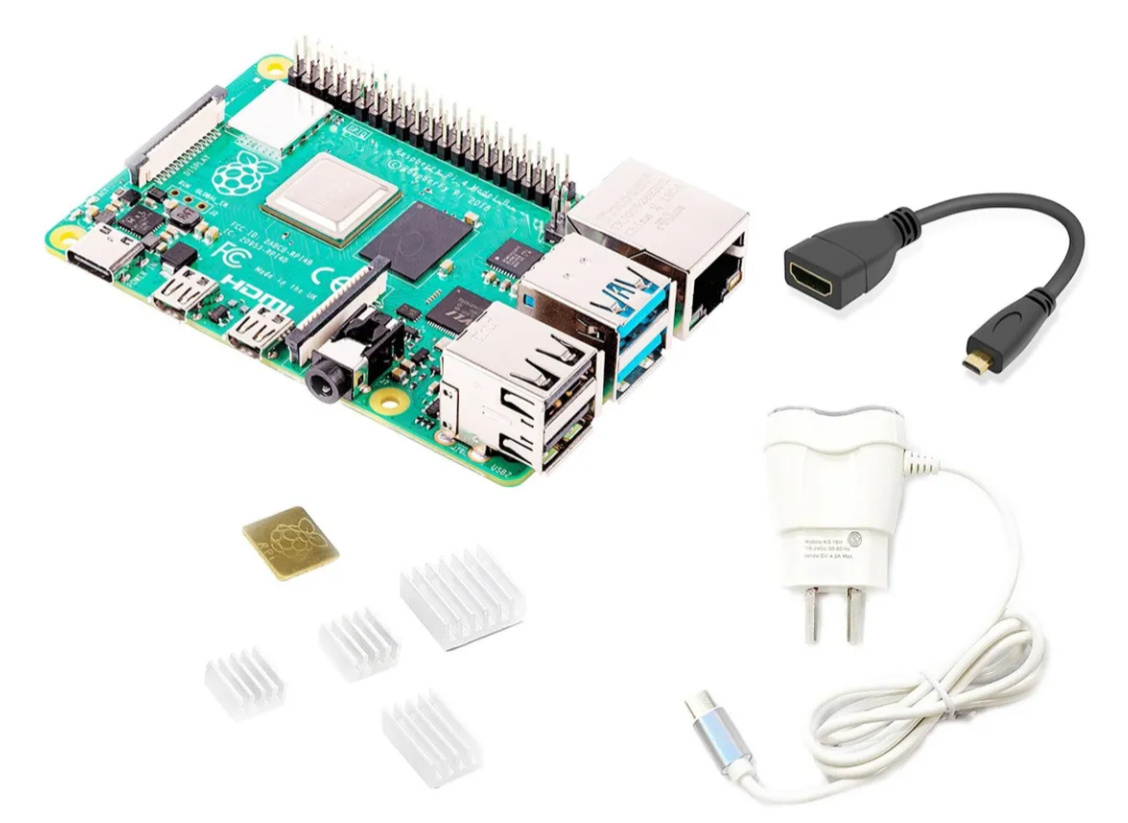 Would that purchase be good?

As per report, It seems to be good.

Here at MercadoLibre de Argentina there is this one:

Which is one of the three devices that I used for testing with EndeavourOS-ARM. Observing htop, ram useage is usually 1 GB or less on the Rpi4.

All worked well including the XU4 with only 2 GB RAM.

By the way, they are listed in the order of which one works the best for an EndeavourOS with DE system.

The Odroid N2 the main CPU of the N2+ is based on big.LITTLE architecture which integrates a quad-core ARM Cortex-A73 CPU cluster and a dual core Cortex-A53 cluster with a new generation Mali-G52 GPU. On the S922X SoC, the A73 cores run at 2.2GHz and the A53 cores run 1.9GHz. Plus the Mali-G53 GPU is the newest and best of the three I tested. The N2 is 64 bit and Arch Linux Arm provides a 64 bit image for the N2
I have the Odroid N2, the N2+ is brand new and slightly faster.

The Raspberry Pi 4 has a 64-Bit quad-core processor all cores running at 1.5GHz and aVideocore VI GPU. 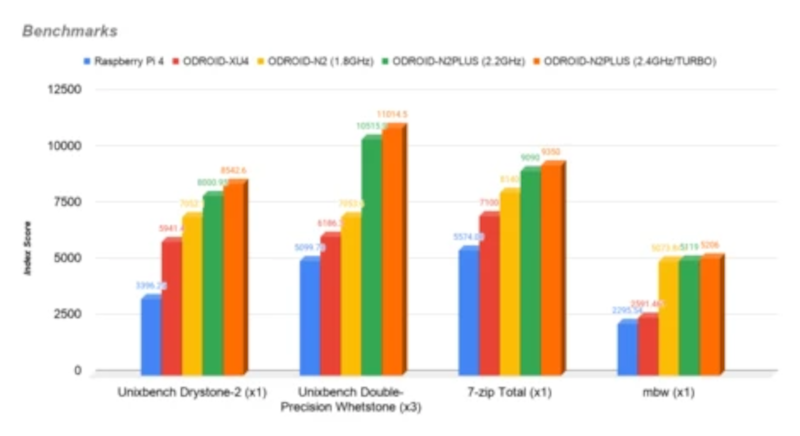 EDIT:
I forgot to mention, on the Odroid N2 and XU4 you can install your OS on either a micro SD card or a eMMC card.

disclaimer, I am by no means putting down the Raspberry Pi 4b 4 GB. As stated, it does an acceptable job when properly cooled and with VLC.

Thanks @Pudge for responding and giving me your time!

You can also get here the 8 G:

Will it work on Raspberry Pi3 ?

Theoretically, it should work with Raspberry Pi3. However, I don’t have a Rpi3 to test EndeavourOS on so no guarantees. If you try it, let us know the results.

My main concern is it might be a little slow when on the internet as it only has 10/100 Mbit ethernet. It does have onboard single-band 2.4GHz-only wireless chipset. I don’t know which would be faster. 2.4 GHz wireless or 10/100 Mb ethernet.

I have PI 3. Whether EOS for ARM is available for download.

EndeavourOS ARM will be released very soon, we understand your anticipation for the new port, but everything will be clear when the website and script goes live.

No rush on my behalf, I haven’t opened the box containing the Pi yet.

EDIT: Not the box it came in; it’s been up and running. I just finished a move.