XFCE + i3 custom wallpapers and icons for the community!

To celebrate the new release and over 6,300 views on my tutorial which is now in the top 3 google searches of xfce i3. . . I bring you two specific wallpapers and the icon. Thank you for all the help. And a special thanks to @joekamprad for the newest wallpaper and @linesma for helping me figure out some of the editing!

To everyone out there who loves the combination of Endeavour xfce-i3. Here’s to you! 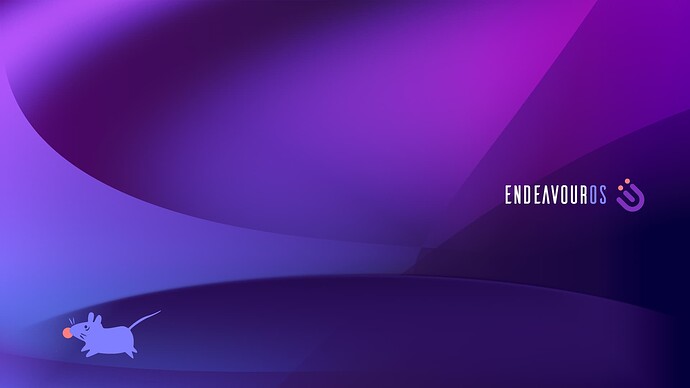 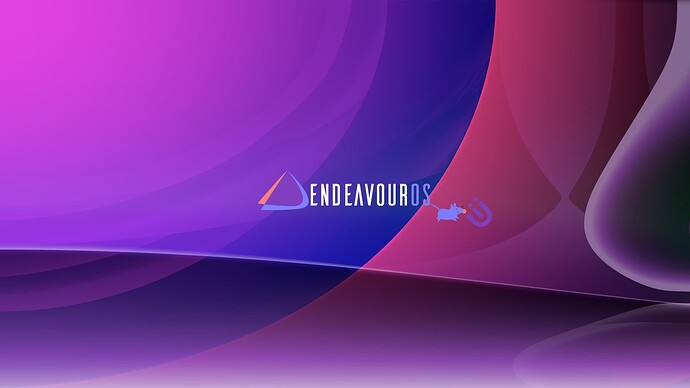 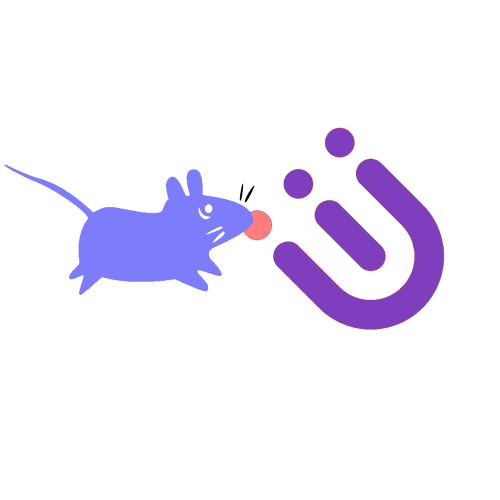 And if you’re interested in trying xfce-i3 and think it may be a good fit for you. Check out my tutorial:

updated to coincide with the latest iso August 28, 2021 As per a request: EASY setup of XFCE while using the i3 window manager in place of xfce4. @nate - give it a go, maybe it’s what you’re looking for. I’m sure there’s more than one way to do this. I’m sure you can do it by adding in i3 later. This is a walk through from fresh install to a nice usable setup the way I do it. Please pour yourself a drink and let’s go! Alright, so we have our live USB. It’s time to install! It’s VERY im…

cool beans!
Edit: can we install xfce with eos theming using the new Atlantis iso, plus i3wm themed? or still need to deselect theming for xfce?

can we install xfce with eos theming using the new Atlantis iso, plus i3wm themed? or still need to deselect theming for xfce?

I’ve not tried setting up everything with EOS theming. . . but you should. Everything worked when I followed my initial tutorial. If you follow down, I was able to get the lockscreen to work with xfce and with the help of someone I got the sleep parameters working.

Try with the EOS theme - let me know if it works.

Then grab my wallpaper or create your own! I want to see more xfce-i3 wallpapers!

it worked, installed xfce and i3wm, both with themeing, and am running now xfce-i3 following your tutorial!

The tricky thing is that I don’t know if I want to get rid of polybar. Do you have any idea how to add the workspace number etc. appearing on polybar to the xfce bar? I guess that is the last piece of the puzzle.

No I don’t. I wish I did though. The up side though, say, is I open terminal in wkspce 1 and I’m on 3 and device I need it on 3 you can just click the icon with your mouse and drag it to the space you want it and it just moves.

But no I haven’t figured out how to keep them persistently open or numbered.

It’s in the whisker menu or bar settings. It is in the section where you can choose how you want the workspaces to be named. So Icons or words or in this case a number.

One question though what is that mouse trying to do to that last stem?

I was going to suggest that you run a conky to show the workspace number, but the post above this seems to make it unnecessary! It’s still what I do when running other than on XFWM4 (compiz for instance).

I thought I would just ad in an example - from a ‘this must be green’ setup, with the workspace number highlighted in the top left (4). 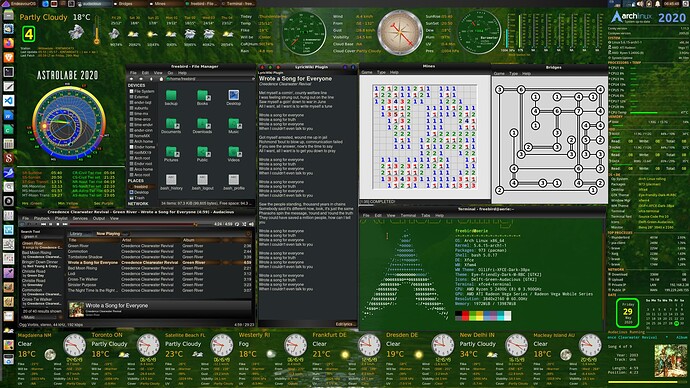 Try the workspace settings - change from miniture view to buttons and then you can rename them all.

I don’t know how to keep them open yet though.

change from miniture view to buttons

forgot to add that in my post above. Did that too and it works. I think I could potentially get rid of the polybar, or perhaps keep it and slim it down to other system infos.

Ahhhhhhhhh … What the … my eyes and my brain just went green.

Awesome - So I got this - but I have to have something open in each of the windows or they “close” and then everything gets renamed.

@BONK - did you figure out how to keep them persistently open on the xfce4 bar even if say workspace 1 - for terminal has nothing actively open in it?

mine don’t rename when I close them. Make sure to change the name and press enter for each entry.

Edit: open 4 workspace with an app in each of them, then under workspace names, if I add the name for each of the and press enter they remain.

Mine do. hmm. So I just closed terminal in window 1, so it’s empty, and switched to space 2, and now the bar shows me in 1- Terminal.

Scarily, I have setups with other colours too - like purple, blue, red, brown, gray… - I used to switch with the wallpaper and the season (icy blue in the summer, green in the winter etc etc).

Ahh ok. Yes the workspace appear when they are open, they are not persistent. However, the naming should be persistent. Lets say you have 1: terminal. If you close it disappears for the bar but if you open it later it should come back as 1: terminal

Hmm. I need to run for a while.

Let’s work on this, I would REALLY like to find a way to make them persistent. That would be awesome!

Yes, but now firefox is open in “terminal” instead of firefox like it was a moment ago.