I’ve spent quite a while of my spare time writing a X11 window manager over the past couple weeks, as a fun side project.
It is: 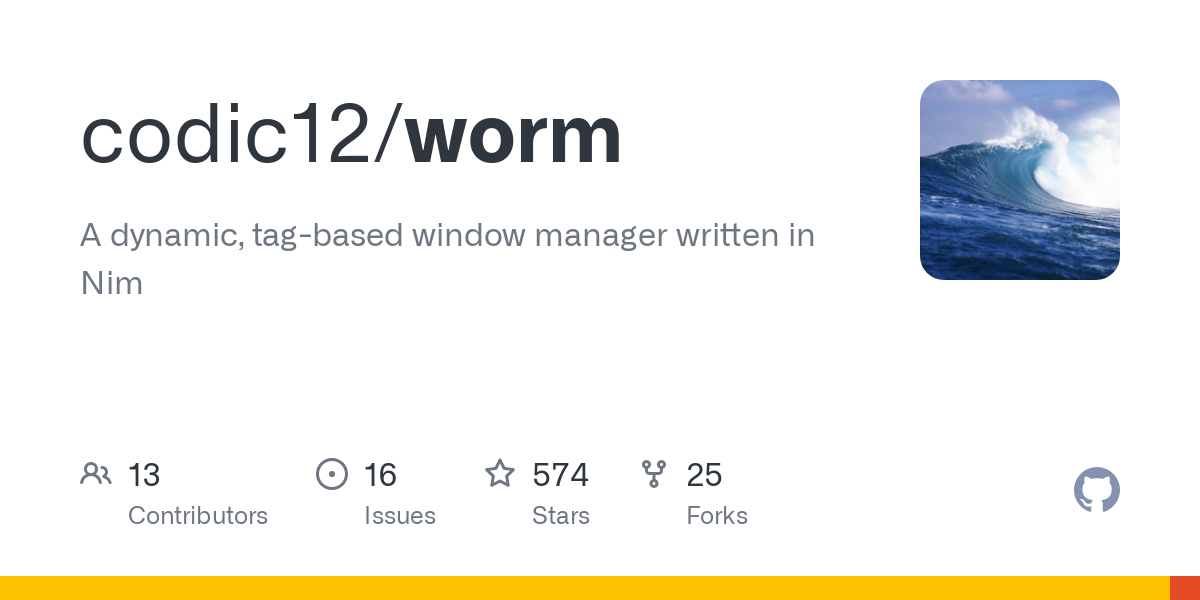 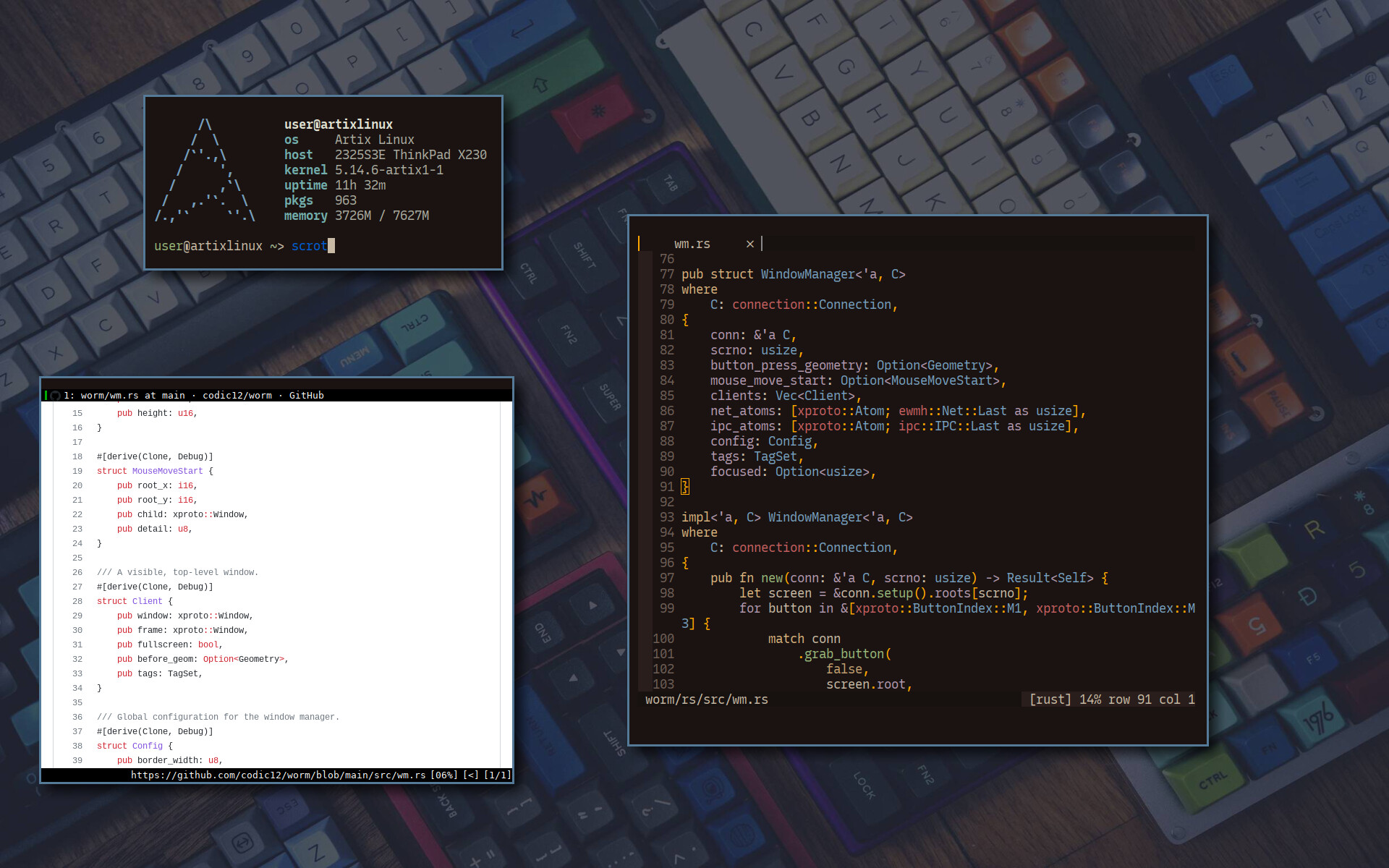 Looks pretty interesting! This won’t show up as an option at login or under an icon one has to click to start it at login, will it?

@codic12
Are you planning to write a PKGBUILD for it?

if you need more screenshots for this, i can help you

Thanks, I have no idea how

well, it can by constructing a simple worm.desktop file and putting it in /usr/share/xsessions:

(here worm should be in the global path, or otherwise you can change the Exec= line to point to it).

I’ll add these instructions to the readme too.

Not sure what to put as deps though. xorg obviously.

@codic12 You may want to add a license.

I can publish it to the AUR if you want.

yeah, I haven’t added an autostart script yet, so that’s expected; you can go to another tty and do DISPLAY=:1 someapp (or if you don’t have another wm running somewhere else, set DISPLAY to :0). I’ll get to the autostart script later today, that should be fairly trivial.

Thanks for packaging! Added a MIT license, I think the xorg dep is enough for runtime.

Feel free to publish it to the AUR!

I’ve just added support for autostarting. You can make an executable ~/.config/worm/autostart and it will run.

Github is good with timezones lol

My laptop’s timezone is broken and I never bothered to fix it; probably from that

Thanks a lot!
I’ve added a link to the README. The package works perfectly on my system.

Will test as soon as I can! Thank you for your work!

If you want to make versioned releases at some point, let me know.
Then we can add a “normal”/versioned -worm- package as well.

This is fantastic. Great work @codic12!

I’m just out of curiosity. The worm is like a tiling WM but with tiling? And tags, are they the numbers that show up in the Awesome bar? or is it something else?