Well crap, I believe my MB is fried

Put my hand next to the remote power switch button (purchased on Amazon) and a static spark jumps from my fingertip to the button. The computer INSTANTLY went black. Could not get it back to life even after taking out the remote switch and swapping the power supply. It’s a pretty old PC but, I’d say the motherboard took a hit. Currently using my backup Arch machine for the time being.
.
Obviously, the data is more important than the PC. I was contemplating going to an all AMD setup next time around. I suppose I can swap out the motherboard and pick up an AMD graphics card. I’m assuming that, even though I have the nVidia drivers currently installed, it should still boot after swapping out to AMD since there are graphics drivers built into the kernel. From there, I can update as required.
.
…that should work, right?

Much easier to install drives in a working machine (and more sure to work).

I’d try with another power supply first, they are usually built to take the hit in these kind of situations.

That’s true. I could just get up and running with a small SSD and then add in my other drives to recover the data. Probably what I should do. In fact, I might be able to patch them into the old machine I’m using right now to just get the data off of them.

even though I have the nVidia drivers currently installed, it should still boot after swapping out to AMD since there are graphics drivers built into the kernel.

and remove packages listed, kernel should pick up AMD gpu automagically after reboot.

Depending on the investment level you have in mind, one of the AMD Ryzens with built-in graphics might do you just fine. Graphics cards are still overpriced - so if you can use with built-in for a while (after all it’s to replace an older machine) you can save quite a bit doing that.

Of course, this assumes your current processor didn’t survive!

That’s a thought. Admittedly, I’m not up to speed on the current state of AMD. This card was an nVidia 1060 series. I’m assuming it’s not fried so I suppose I could run with it for a while as well. Still, be curious to know how good the built in graphics are on AMD.

The 1060 is still a good card. I would just update the board, cpu and ram and save your money on the graphics card until some other time. Or as @freebird54 said you could get a Ryzen 5700G with graphics.

At a quick glance, it appears the Ryzen 7 series is only slightly more than Ryzen 5 but much cheaper than Ryzen 9. This one’s at a nearby microcenter… 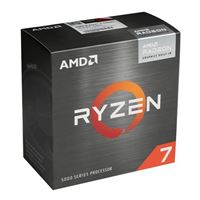 I have the 5700G. I am not a big gamer and haven’t spent time trying to do anything more than play WoW at decent settings … but I have to say I’ve been happy with it for every day stuff … web browsing, youtube, hbomax, recompiling crap.

Alas, my computer is repaired but, there were casualties. I broke the SATA tab on my main hard drive. Had to re-install to the backup drive. Going to need to recover the data off that drive. I think I can replace the PCB to get fresh connectors but, as I understand it, I have to pull the bios chip off the old PCB and transfer it to the donor one. Not sure if my “fine-electronics-work-foo” is up to snuff…

Sounds like a salvage operation. Why would you need to change the Bios chip?

From what I’ve been reading, it’s necessary. I’ve also got the SATA cable pin-out so, maybe I can cobble something together to get it to work one last time. It’s definitely a data salvage operation.

not sure how much is broken off of the drive, but if there is enough of the contact ends exposed maybe could sacrifice a sata cable and direct wire it to the drive? you only need it to last long enough to read the data off the drive, right?

I did something similar a few years back to over ride a bad security chip in a thinkpad - had some pretty rube goldberg looking contraption to hold contacts in place because was too scared to solder anything.

UPDATE: I was able to rebuild the SATA connector to a functional state using cellophane tape to keep the pins from touching and electrical tape to build up a pad to allow the pins to make contact with the SATA cable. I used my old “distro tester” to do the actual recovery just in case there were any electrical shorts or other “unfortunate events”. Even so, it was a dicey connection at best but it held together long enough to recover the critical records and then ultimately move them over to my main PC.
.
My last task will be to make sure that drive is rendered un-readable before disposing of it. There were financial records, vehicle records, medical records,…that kind of thing.
.
Going forward, I’ll probably look for a more “bullet proof” solution. Like using my secure data storage I’m paying for from Protonmail and/or setting up a RAID on my refurbished PC.