Unless you pre determine and bind an application to a work space ----> terminal for example I believe is setup to always latch on wkspce1 ---- it will always open on your current desktop.

You can change and add all of that within your config file.

Might be worth mentioning that the custom i3 config invokes its own power manager by default, which will conflict with xfce’s. I fixed it by commenting out this line;

I will give this an install again shortly and take a look. If this is true, I’ll definitely add it to the tutorial.

You’re saying that by commenting this out, all of the xfce power management tools work correctly??

Thanks for giving this a go, and the feedback!!

I apparently cannot update the initial posting any longer. . . I have added another trick. I have removed blurlock and now use the normal xfce4 screen locker by commenting out blurlock and using xflock4 instead.

I also combined this with the previous posting for power saving.

I have also taken my favorite part of KDE and added it to my i3. I can now use the caps lock button for most of my key bindings (I’m not quite sure why, but it doesn’t seem to work with the kill command - I use mod+shift+x. It does work with mod+shift+2 to move a window though. )

anyway, I followed the guide here:

Here is the relevant excerpt from my i3 config file, from when I was using just two mod keys:

And here is the xmodmap -pm command output (before repurposing the Caps Lock Key) showing the default assignments for mod1 through mod5:

As you can see in the above output, mod3 is empty and mod4, in addition to the Super key, also includes the Hyper key.

The first thing I did was run the following setxkbmap command to change the Caps Lock key to the Hyper key:

Note: the keycode for the Caps Lock key can be obtained using the xev command like this:

After running that above command, re-running the xmodmap -pm command outputs the following:

As you can see mod4 now only includes Super, and mod3 is no longer empty, but contains Hyper.

Next (since I don’t run a display manager) I added the following to my ~/.xinitrc:

This will source my custom ~/.Xmodmap file when I run startx.

And the last thing I did was add the following to my i3 config file:

What are you changing now? Setting up special fbodymechanic keys?

Oh wow, this is smart! I started using i3 a few weeks ago, and I am really enthusiastic about it, but I would like to be able to use the XFCE settings app for some config I only do rarely. Like adding a bluetooth device, or tinkering with the audio settings.
Thanks, I am going to give it a try.

Like adding a bluetooth device, or tinkering with the audio settings. 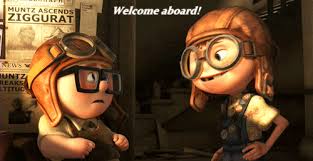 You should be able to adjust audio properties by clicking the speaker icon on i3 bar. Bluetooth is disabled as a default on EndeavourOS. Enabling it is easy just look it up in the wiki. Then find the commented out part of the config: ~/config/i3/.config and uncomment it then restart i3 (may require you to log out and back in).

I think it would be really helpful if this post is added to the wiki so that it can be updated when needed and easy to access. I have always felt hesitant using tiling window managers but using it along with Xfce which is a more familiar DE will lower the hesitancy for many people like me.

I already did a cleanup and removed all comment lines. But I’ll find the default file back somewhere, no problem.

Then there is the ‘problem’ of switching between my headset and the system speakers. But that is a matter of finding out the correct pactl options, I think.

Anyway, this is exactly the reason that this mix of XFCE and i3 is attractive. Especially for beginners of i3. At the other hand… it costs me some more time now, but I learn a lot by investigating how to solve all these things without falling back to XFCE utilities.

With the latest release EndeavourOS_Atlantis_neo-21_5.iso @fbodymechanic have you tried this? Looking to ditch Gnome & try something new again lol.

Those the only 2 “New” things to add to the i3 config?

Yes. Well, basically - you want to comment out out the power saving from the i3 config to use the xfce power settings.

And then to use the xfce lock screen you will need to bind it with whatever you want - I used mod+l because that’s what i3 lock was using.

But that’s all that’s new from the original post.

I did post how to make your caps lock another meta key - that’s what I use in virtually all DE’s - kde, gnome, mate, (cinammon I think?) . . So I added it here as well.

Thank you For this tutorial. I did this on my laptop last night and then spent hours tinkering with it last night, then ended up liking the results so much I spent half of today doing it to my Desktop (though I didn’t do a fresh install on the desktop I installed xfce and i3 on an already installed system on the desktop but used the i3 config file from my laptop as a starting point) If I had to do them all over again I would do the fresh install method described in this topic.