I have been reading up on tmux over the last couple of days, mainly to use it when ssh-ing into my servers. I like the splitting features and the possibility to detach. Looks like lots of new settings and shortcuts to configure and memorize.

But now I am wondering how I should go about my local terminal. I am running KDE/Konsole which can do quite a bit of what tmux does.
I could try to reconfigure Konsole to use the same shortcuts I plan to use on my servers (to the extend possible) or completely ignore the Konsole features and go straight into tmux whenever a local terminal is opened (nested tmux?), or a mix, or maybe I am just confused and this is a non issue?

Have we got tmux users here with an opinion?

I use tmux with alacritty on plasma:

I use the oh-my-tmux for the bar at the bottom.

I split with C-a | & C-a - (horizontal & vertical) and C-a c for a new tab. It works well for me. Works in konsole, but I prefer alacritty (with ligatures).

Two tabs on the status bar…

Since I run xfce and lack a tiling manager I use tmux in combination with the nnn terminal file manager if I need/want to preview files/folders in a tab. 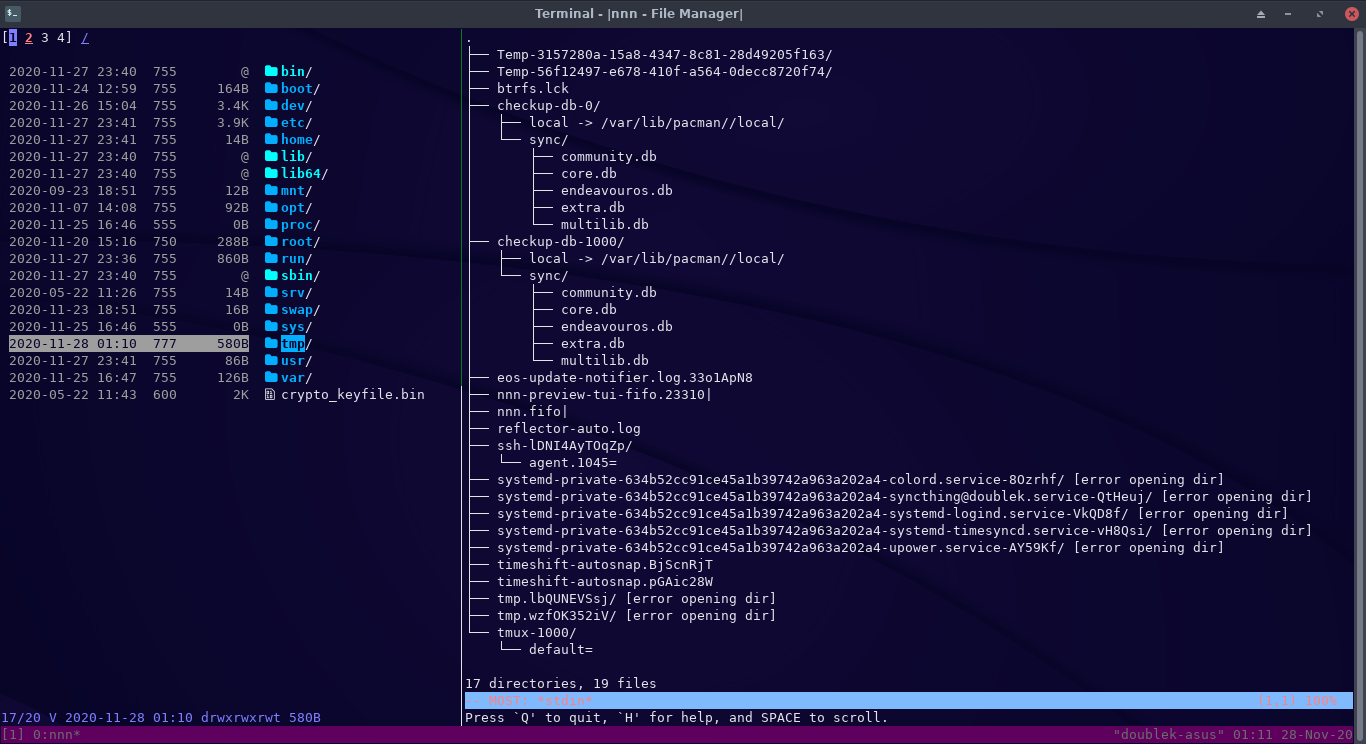 Off topic - why nnn, what are its selling points? (ranger user here).

Not using tmux but GNU screen (historical reasons at workplace and got used to it) but the principle is the same.
As to the local usage on plasma: it’s a mix for me. Mostly konsole and its tabs for different tasks but if one task might need multiple terminals or if I want to logout on long runnig things (or just prepare for the possibility) I like to fire up a screen.

What is the advantage over Tilix?

Lots, save sessions, create your own hotkeys and you can detach sessions. Have a look for a tutorial and have a play, it runs in all terminals including tilix.

This is just an example:

How to Use Tmux + Cheat Sheet

Improve your Linux terminal skills with Tmux – the ultimate tool for multitasking in the Unix environment. Get everything you need to start!

There are lots out there.

Thanks everyone for your responses. Now that I have tmux installed at both ends I realise I may have been overthinking this subject.
I run a local tmux session and then ssh-ed into a server with tmux, the result was two tmux status bars stacked up and a confusing setup because it’s not clear any longer which session responds to e.g. a split command.

So my conclusion (for now) is that there is little value of using tmux locally and also no point in aligning Konsole keyboard shortcuts to what I am using in tmux.

Off topic - why nnn, what are its selling points? (ranger user here).

I was just playing around with it and it somehow stuck.

It’s supposed to be a much lighter and faster equivalent of ranger. Typically needs less than 3.5MB resident memory and has a tiny binary (around 100KB); so nowadays I prefer it to mc for ssh sessions.

But to be honest, for me it all comes down to it being “prettier” than ranger. 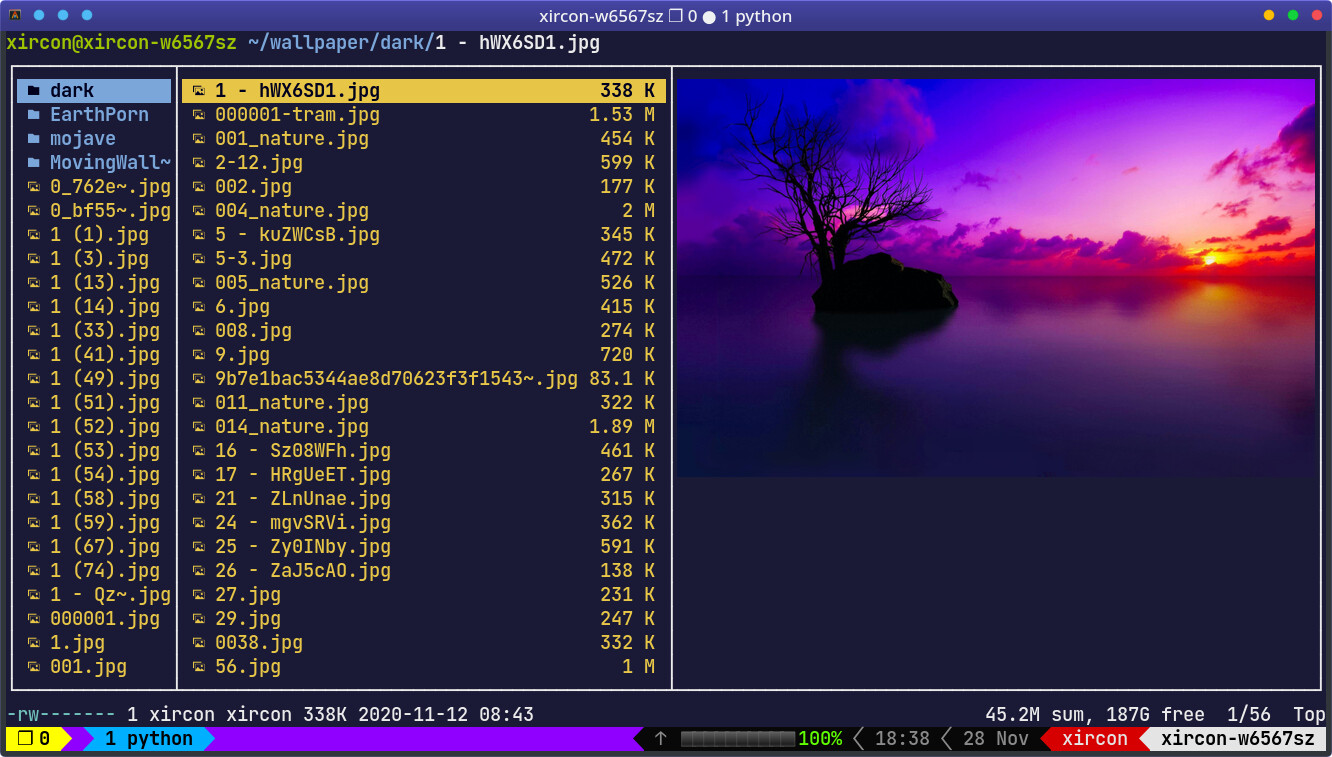 I concede it is smaller

I concede it is smaller

HOLY SMOKE! That is a massssive difference!