The Witcher 3 Next Gen update

Yet another Linux newbiew shows up, recently installed EndeavourOS (got it up and running yesterday). I installed Steam and the witcher 3 next gen update and my problem is that the game runs extremely poorly on DX 12 api. If I start the game with DX 12 and with FSR 2.1 ON (Quality) + Ultra settings (RT OFF), the game runs with 5 FPS, while previously when I Ran it on WIN 11 I used to get about 100 FPS with the same settings. If I start the game in DX 11 though, the game runs fine (100+ FPS). I tried with Proton 7.0.5, Proton Next, Proton GE-Proton-747, Proton Experimental, results are the same. Does anyone have any suggestions?

Here are my specs:

what is the vulkan driver you use?

If you installed amdvlk, remove it and then do a reboot. sudo pacman -R amdvlk lib32-amdvlk
amdvlk is known to have lower performance and sometimes even launch problems with some games, thats why mesa vulkan is recommended.

Generally speaking, DX11 is the better engine for performance on Linux. DX12 is slowly getting there, but for example in WoW, only since Dragonflight came out, DX12 is actually usable in Raids. Before Dragonflight, DX12 was good enough for leveling, but in Raids it was not usable.

i do have amdvlk installed, if I uninstall it first and do a reboot without installing the vulkan-radeon, will it do something to my system? like crash it/stuck in bootloop?

there might be dependencies that require a vulkan driver to be installed. In that case, you have to stick with the order in my post.
If it lets you remove amdvlk without issues, it is ok to do that first as Desktop environments don’t use vulkan yet.

Lack of Vulkan driver shouldn’t put you in a boot loop. Steam needs a vulkan driver so making it pick up vulkan-radeon could be helpful.

ok so I installed the mesa drivers as you said, now it just crashes when the game loads, guess I’ll have to play it in DX 11 because it runs fine in DX 11.
BUT on the other hand, these drivers greatly improved the performance in Predecessor (a MOBA I play) which is fantastic cause that’s my main game so thank you for the great advice.
Maybe in the future some optimizations will come up for the next gen update in dx 12.

Which Proton version did you use? Experimental and GE contains patches specific for Witcher 3 DX12 update.

I used the stable Proton 7 version, I’ll test again with GE and Experimental.

Update: it worked! holy crap the game runs so much better now, I switched to Proton Experimental and I’m getting 90-120 FPS. Thank you very much!

I don’t have the exact numbers, but yes it does feel like it runs smoother than on windows. It depends on the area, in a crowded city I get around 80-90, but in areas with less textures/objects to render I get 120 easy.

Unfortunately I didn’t have this luck with other games such as Insurgency Sandstorm (it straight up crashes) and Metal:Hellsinger which feels more jittery vs windows.

Another slightly more complicated option you could try is Frogging Family TKG builds. More complicated because it’s not in the AUR, but pkgbuilds are provided. There are optional community patches available as well for specific issues. I’ve been using the tkg kernel with pds scheduler and tkg proton and I get ~10 more avg fps compared to zen without picom running ~40 more avg fps with picom running. Though I haven’t benched since 6.0.x kernel. 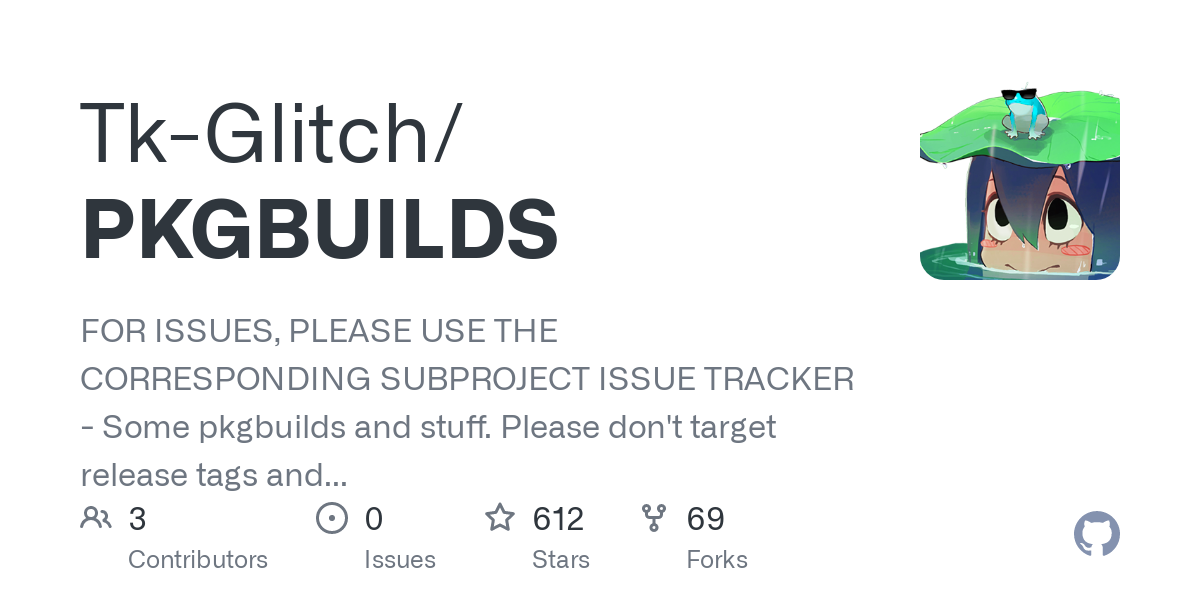 GitHub - Tk-Glitch/PKGBUILDS: FOR ISSUES, PLEASE USE THE CORRESPONDING...

FOR ISSUES, PLEASE USE THE CORRESPONDING SUBPROJECT ISSUE TRACKER - Some pkgbuilds and stuff. Please don't target release tags and always use current. The PKGBUILDs are meant to be retro-compat...

yeah I’m not gonna go that deep yet, I’m into Linux for a couple of days now. I gotta learn some more and then I’ll try these optimizations. But thanks for the advice, you’ll definitely see me post again when I’ll try this