The Qt Company Is Tomorrow Moving Qt 5.15 To Its Commercial-Only LTS Phase

So bearing in mind eos KDE uses Qt5,15.2 what if anything does this mean for us?

While for some businesses this MIGHT be a big deal, for general users I still think this is so much ado about nothing. Most QT apps either use the absolute LATEST QT version available, OR they use whatever they were initially created against, and don’t bother upgrading even though it’s no longer officially supported. Ultimately I don’t see that END USERS will be affected, nor most open source applications.

This means absolutely nothing for KDE / Plasma or LXqt since they are not built on LTS releases.

How are you guys coming to the conclusion that it doesn’t matter? 5.15.2 is the most recent qt outside of qt 6, isn’t it? Since almost no applications have been ported to qt 6 and it hasn’t even reached feature parity with qt 5 doesn’t the closing of the qt 5.15 branch mean that there will be no more backported fixes for all current qt applications?

That being said, even if all that is true I don’t see it as an enormous problem for end users. If anything critical needs to be backported I am sure someone will fork it.

I just downloaded Strawberry. It’s in Qt 6. I know nothing about Qt or anything. It works anyway. So I’m happy! 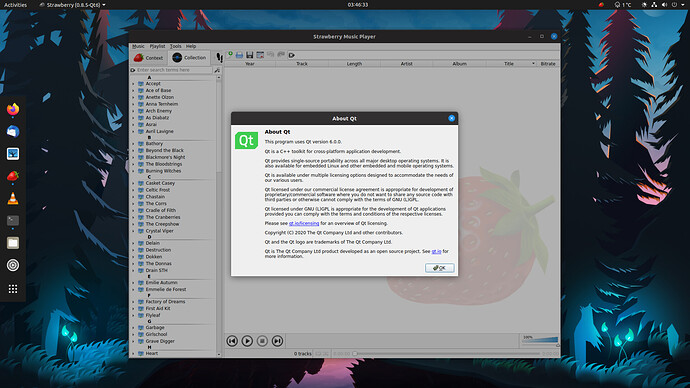 If I remember, the Qt company walked back their original plans to block all access to updates for 12 months for the latest version. In any eventuality, I think Qt and KDE Ev have an agreement in place that allows KDE to release Qt under a BSD-type licence or others should the need arise.