The Kids Online "Safety" Act Will Be A Privacy Nightmare

Am i talking about the forum? Never mentioned it. I said we know what social media platforms are. At least i do. What your idea is has nothing to do with me.

Sure does. You said you didn’t think the forum was a social media platform. Many people would disagree with that.

Edit. I read that wrong. That’s a literal forum in person. So that wouldn’t be media. Just social, my apologies.

Unless the law says “the term ‘social media’ shall be given its commonsense meaning, and where there is disagreement on this meaning, the interpretation of ricklinux shall be relied upon”, I’m afraid your idea will not convince a court.

@fbodymechanic I meant a web forum - like EOS forum - but run by a high school kid. I used to own/administer/host such a forum when I was in school.

Then I was (accidently) correct and my statement is still valid then!

I’m not trying to convince anyone. I have my own thoughts. You can have yours.

You’re clearly missing the point. It’s not about thoughts or feelings. With a lot of things you can’t just “agree to disagree.” That’s not the way the world works unfortunately, especially in a legal sense.

This law is only necessary because parents are not trusted to control what their children access online.

I think calling the law “necessary” is a bit of a stretch. Relying on a government to parent children in any way is a quick route to a distopia nobody wants. The government cant parent kids as they dont care about them in any sense, theyre just a power play and means to an end. This also further encourages a less hands on approach to parenting which is already a problem with kids being raised by school, the government, and the internet more and more.

This is how we slowly breed a society of government loyalists. Before you know it you’ll be seeing “Service guarantees citizenship”.

There is no " nice government", just ones that do things more in the open. You should never trust your government is “nice” at all. Even in the United States our government forgot long ago they serve the people not the other way around. Some still hold that ideal but its just a matter of time and slow corruption of our systems before things start to look very different.

There is no " nice government", just ones that do things more in the open. You should never trust your government is “nice” at all. Even in the United States our government forgot long ago they serve the people not the other way around. Some still hold that ideal but its just a matter of time and slow corruption of our systems before things start to look very different.

We need to remember the sheer size of the United States when we’re talking about this. This is a country with a territory that is almost twice that of the European Union, and a population which is only slightly smaller. This is something which Europeans who have never visited the United States, and have never contemplated driving from coast to coast, struggle to fathom.

One of the downsides of being a country this large is that it’s very hard to govern effectively. You almost certainly need a federal system of government, which allows state and county-level officials to respond to the day to day needs of the people, so that the federal government can focus on matters of national concern e.g. macro-economic policy, foreign policy, defence etc. However, this comes with two major issues:

This leads me to how these stupid laws are made - lobbyists in DC prepare an early draft of a law, which they then work to build support for. In the US (unlike any other democratic country I can think of), outright bribery of elected politicians is is legal provided the money is not to the politician directly, but to a campaign group (SuperPAC etc) supporting that politician. And given that politicians spend an awful lot of time in DC, letting voters forget their existence, they do need the money to appear as if they have an active presence in their constituency.

There are two ways people who care about privacy can stand up: 1. by writing to their Congressman (where they’re just one in more than half a million voters), 2. by donating to the EFF or a similar lobby group which will use the funds to bribe politicians to vote the other way.

Smaller countries which are democracies don’t generally have this particular issue (or at least they don’t have it to the same degree) because national politicians spend a lot more time in their constituencies where their voters live. If a policy is unpopular, they know about it pretty quickly - because people tell them. This is not to say that small countries can’t transform from liberal democracies into authoritarianism (Hungary is a good example), but it is an extra natural defence against it.

I can definitely see ignorance of how technologies work leading politicians in my own country to create stupid laws mandating weaker encryption standards etc. to allow applications to moderate/filter content supposedly to protect children. However, it would be much easier for voters to express disapproval of those laws to their politicians directly than it would be in the US. Also the practice of bribing politicians is straightforwardly illegal here, and we don’t have those ridiculous loopholes.

Where you do tend to see these laws being proposed is at the EU level, e.g. through the Digital Services Act: https://en.wikipedia.org/wiki/Digital_Services_Act

Laws like this have already been passed in other countries such as the UK or updated. Social media companies need to held responsible for the content and how they are collect and using data and targeting a younger audience. We have to have laws in order to protect children. Intimately parents are responsible for allowing their children access such as giving them phones etc. But we still need laws, rules, guidelines to protect peoples privacy around data collection and targeting of the younger & vulnerable children. I agree with it and i support the efforts. 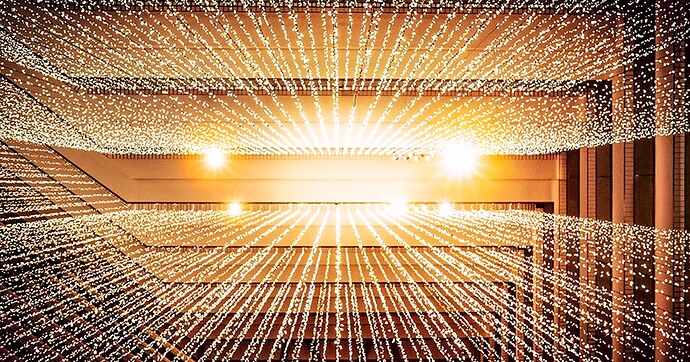 New Children's Data Privacy Protections Take Effect in the U.K.: What to Know...

Beginning September 2, 2021, companies that offer certain types of online services in the U.K. must implement a new code of practice governing the han

“Those who would give up essential Liberty, to purchase a little temporary Safety, deserve neither Liberty nor Safety.”

European policymakers reached a deal on the Digital Services Act, which would force Silicon Valley companies to more aggressively police harmful content on their platforms — or face large fines

Europe to slap new regulations on Big Tech, beating U.S. to the punch

In the absence of comprehensive tech regulation in Washington, the European Union has filled the void. The law would force tech companies to do more to police illegal content on their sites and open up their algorithms to regulators — or face steep... 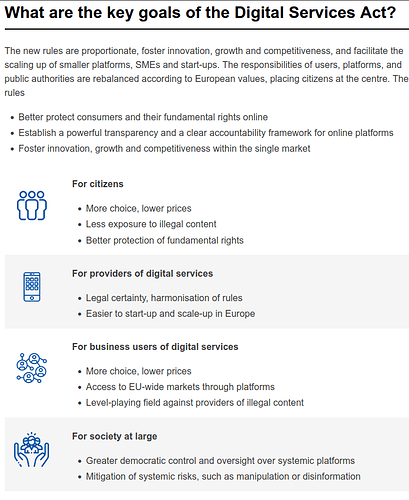 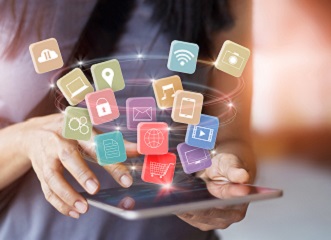 Harmonized rules across the single market will make it easier to provide digital services across borders and ensure the same level of protection to all.

“Freedom - We’ve got it under control!”

A little joke on a regular day EndeavourOS pub