I am trying to get more into terminal usage in general, because A) I am a geek and B) I am for the first time not installing a graphical package manager at all.

Now, for a terminal based file manager, is it Ranger that is the gold standard or are there others that are recommended?

I have very good experiences with Ranger. 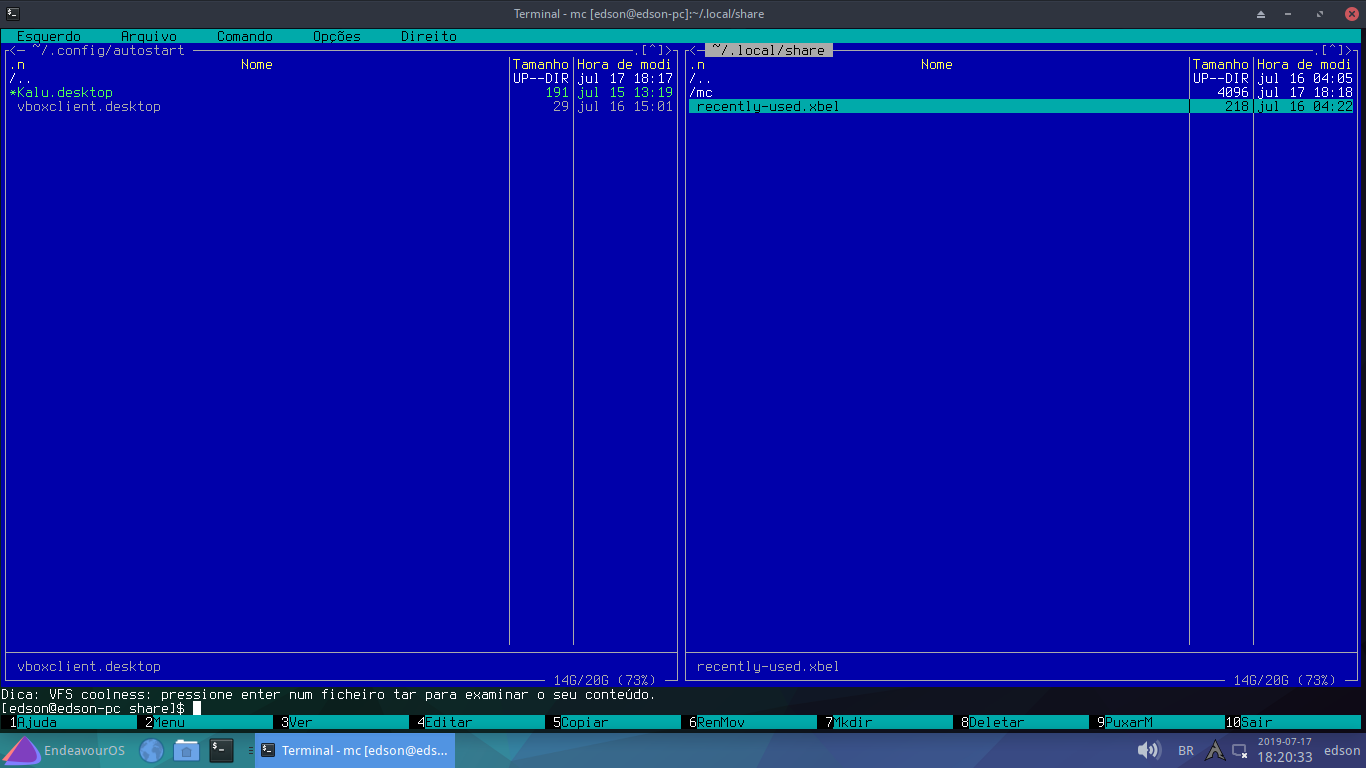 This is a classic

I used Norton Commander for about a year before I got my Amiga 500, because my friends PC (that we basically used together all the time) had too little memory to run Windows 3.11 properly…

By the way, if you’re into this “geek uses terminal” which terminal are you using?

Geek, but also aware of what I actually need.
I actually use Xfce4 terminal in most places, not only in Xfce*

Tilix is good, but realistically I never use any of it’s features. At the same time Xfce4 Terminal can do everything say Gnome Terminal can do, while transparent (very important

) and more (dropdown function) while using 60% of the memory.

*Typical example is me replacing Gnome Terminal in Cinnamon with it.

but, as I always do, I replaced bash with the fish shell. (Adding one more layer of complexity to the terminal.) I always install MC. Other terminal apps I cannot live without include MOC as my only music player and mps-youtube for searching, playing, and downloading content from YouTube.

I use youtube-dl. As for music I am one of those filthy streamers. Spotify from AUR goes on very quickly when I install an Arch-based distro.

I hope not too far off subject: I once created an i3 window manager install on Antergos for a slow laptop. It used almost all terminal apps. I even created a green-on-black version of Numix as my theme. The terminal browser is w3m. 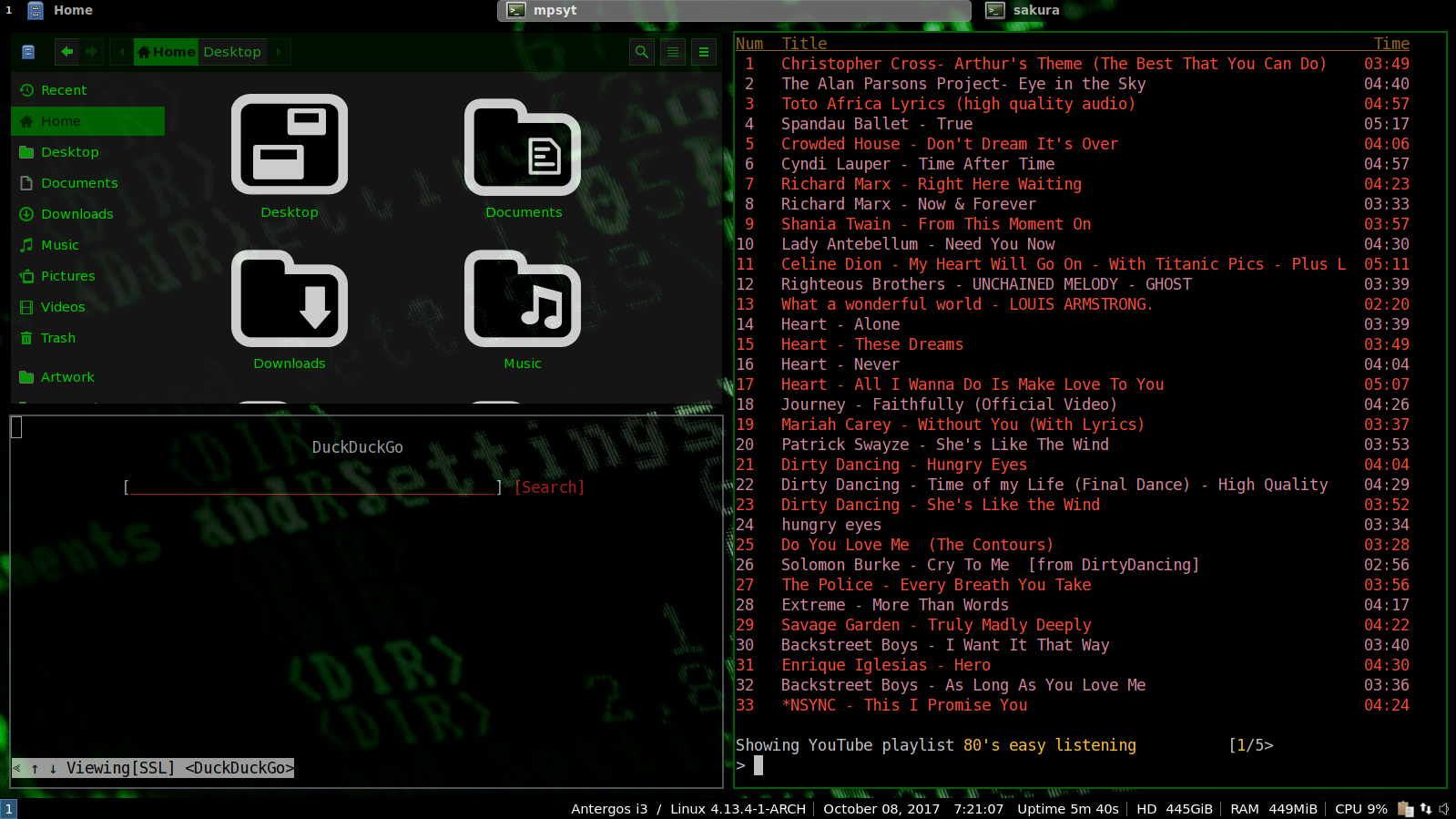