I can install Arch the “Arch” way, EndeavourOS ect ect… But why is systemd bad, or is it? I go to sites like https://nosystemd.org/ & https://www.freedesktop.org/wiki/Software/systemd/ Not trying to start an argument, trying to get explanation on why there are those that say systemd is bloat blah blah. 95-98% of all linux ditros use systemd now? What i see is 2 sides arguing systemd is good & the other systemd is bad, maybe someone that knows can enlighten me on systemd, pros/cons?

That is a pretty accurate summary.

First you should know that this is something that some people a very passionate about. For the record, I am not one of those people.

From my perspective much of the systemd debate was nothing but baseless FUD. There are some historical issues that played into the discussion. At the time systemd was introduced it brought a monumental change to how things were managed. Many people don’t like change. On top of that, systemd introduced a lot of bugs in it’s early days. Lastly, systemd brought a degree of standardization to Linux and people feared Linux distros would lose some degree of their individuality. That last thing did happen but whether it is a good thing or a bad thing is a matter of perspective.

Here is how I would categorize what is left

As for my personal opinion, at the time it came out, I wasn’t much bothered either way. However, now that I have used it for this long, whenever I uses non-systemd distro I lament the lack of the familiar tools systemd brings. On top of that, I am reminded of how much of a pain it was to work with a lot of different distros all of which had their own init systems. Doing something as simple as starting a service required different steps in every single distro.

One of the distros I find interesting is Void linux but I rarely actually use it because of the lack of systemd.

Pro: I managed to understand it (unit files,…)
Con: One to rule them all.

I was reading here about Void https://sysdfree.wordpress.com/downloads/

Void (glibc)/ (musl) (March 3rd 2020) Void will no longer be covered here, after the removal of gksu and consolekit2 the project is heading towards a direction of MX/Ubuntu/Manjaro/Mint with the simple excuse that systemd is not used as init. I believe it takes more commitment than to be supporting Gnome at all means necessary. It is a sad decision but there needs to be a clear sign of trying to improve the health of linux not comply with market pressure and compliance with a virus. For Void it is more important to keep Gnome fully functional. Bye bye!).

Artix Linux is also systemd free, arched based. I’m running out of ssd to test everything on lol.

That blogger is a little…extreme. I am not sure that is a good source of general information.

Ok thats good to know, thanks.

Systemd is also created fir the server market and virtualisation for a part as user perspective is hard to track…im no init king for me. Is ok because general supported. As choice you can always choose

You can only decide that for yourself once you have tried it.

(I think I’ll make a text module out of the text, at least as long as covid19 restricts the freedom of movement)

It’s all upto you 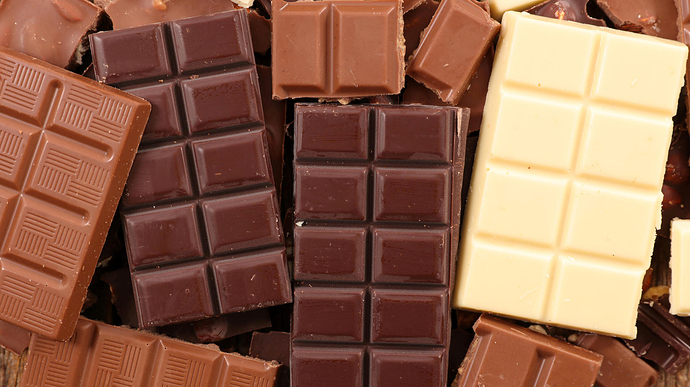 As choice you can always choose

Do we really have a choice here, on Arch? Even if so, it is probably beyond the skill level of an average user. Besides, pretty much all the documentation refers to to the systemd’s way of doing things.
Systemd is monstruous, there are hundreds of manpages for it alone! (I see 220 with man -k systemd | wc -l

).
If I finally decide to go for Gentoo on bare metal it won’t be with systemd… There are choices.

maybe someone that knows can enlighten me on systemd, pros/cons?

At least for the pros, the probably best sources are:

Personally I have too less knowledge about this topic, but I can say systemd works and it looks like it is becoming more or less a standard in Linux and these two reasons are sufficient for me to not want to have something else.
Moreover even I was able to create and modify some systemd units / services.

There is a lot of critics about systemd, often I’m not able to understand it. But what I miss: What is done better - and especially what means “better” in this case - by alternatives?

Gentoo, I don’t have the time or patience lol, theres always FreeBSD.

I do use FreeBSD too

And not that I have something serious against systemd either (apart from it being a huge complicated omnipresent monster lol) it’s just I haven’t had a chance to see how things were before it. I started using Linux when systemd was already well established and now I don’t even have much motivation to try other distros, because it’s pretty much the same under the hood (with the exception of package management, release model and other minor things).
Gentoo is different, because it doesn’t take the choices from you and I believe one can learn a lot from using it.
Artixlinux looks interesting too, may be worth trying, just for comparison.

You might want a look at MX Linux too - they default to NOT being systemd - but you have the choice if you want it. Pretty good documentation too…

Personally I think the real argument against systemd is that it is more easily learned, which made years of specialist init knowledge obsolete! it’s like driving with a manual transmission - outdated, but still works OK. What I don’t know is if it confers safety advantages like a manual does

Void Linux is somewhat interesting if you are looking for something without systemd to play with.

I have run gentoo a few times but at the end of the day it just ends up being a pain to have to build so many things.

MX Linux is ok, but I love Arch lol.

systemd or no systemd as long as its secure & works thats all that matters.

or Artix+runit if your already familiar with pacman and its packages. only a few are specific to runit or whatever non-systemd you want to use

or Artix+runit if your already familiar with pacman and its packages.

I guess it depends if your goal is to run something familiar without systemd or play with something new.