So the idea has seem got a good response. So now I’m thinking about doing it. .I’ve got one question before?

How would we approach github?

1)I’ve just read the BSPWM posts and it seems they prepared a github repository with collaborative access. (Something along those lines I believe). I would appreciate some help with the actual way on how I would set this up. Maybe also a telegram??

2) The Config Itself
There are a two rules I would like to follow if that is okay with everyone.

Now about the apps… Here are my thoughts

Files - If Thunar can support wayland natively we will go with that. Otherwise we can use either Pcmanfm-qt or Pcmanfm-gtk3. This will also choose the toolkit we use.

Bar - This is one aspect I would like to differ from the i3 is it ok with everyone to use waybar over swaybar. The actual way it will look will mimic i3’s

Polkit - I was acc thinking of lxpolkit but after reading the i3 configs they use GNOME’s but thats fine as well.

Firefox - right more on this later but I really want Firefox on the sway editor to be wayland native. I understand we can’t use AUR packages but if I’ve read the post on BSPWM right we can create PKGBUILDS and they could (possibly) be added to the main repository. As fedora wayland Firefox is in the AUR

Screenshot - Either Grinshot or Swappy acc looks better. (Both are only in the AUR.)

Application Launchers - Wofi and NWG-laucher to act as the rofi in i3. NWG-bar to use as the power menu.

Color Theme - Stick with the i3

Transparency and Blur - Sway does not support blur as in wayland the WM is the compositor. We will follow i3 in everything else.

However there are something that need to be added to /etc/environment would this be done the same way? @joekamprad Would I just provide a file for that and you copy it over on the script?

So i think we’ll all start working out the kinks in the i3 config when we use it on sway. We’ll set it all up with notifications polkit etc;

Is anyone wanting to work on the waybar? It would make stuff a bit quicker and it’s kinda fun too!

Also is their anyone comfortable with creating packages for us, obviously check with the devs first tho.

DISCLAMIER : I know nothing about creating an ISO, I understand parts of the install script but that’s literally it but that’s why we have a community!

Anyway I went on a bit (again) so thoughts anyone? Should I have talked to @Bryanpwo and @manuel before? Apologies!

I like this idea! You should have a look at the .config from the dev i3 ISO. It is a lot more compact and clean. I have to do some searching because there are some posts arounf here that answer some of your questions.

You mean a .rasi file? Those are all in usr/shore/rofi/themes The one it uses is in another place though which is one of those posts I have to go find.

Lastly, The issue with AUR packages is someone would have to maintain those.

I’m getting a lot my stuff from the i3 dev configs.

About the rofi should my alternative application launcher also be stored in usr rather than home. What’s the reason for this… I guessing it so it can updated when someone changes the config right ?

Yeh, I’ve realised that problem. Hmmm… if all we want is the Firefox there are other ways of doing it. So I’m not sure yet.

(God! I was so nervous. Its all going ok phew)

Here is the rofi thread I was referring to:

Does anyone know where the default theme for rofi is being pulled from? I want to adjust the color and transparency values.

Also i’ve noticed that the config files don’t contain a rofi? Is this somewhere else?

rofi uses defaults from rofi, so ~/.config/rofi/config.rasi what is used if present per default, overrides are setup in scrips for rofi and commands in use for the menu p.e.

generally talking to onject settings and packageslist into installer it need stwo things:

Oh thank you! I shall study this in a bit

For sway, you would rather use wofi instead of rofi no?

I have never used the EOS Sway edition but I do have sway installed, using the configs from my old Manjaro i3.
I use it with wofi, polybar and a few wayland specific tools, and it works quite nicely. Just a few hiccups which I am too lazy to fix (Xfce is my main desktop).

I would like to stay wayland native so yes wofi would be something I’d rather have (Are you looking to do this?)

How do you use polybar on wayland?

Are you looking to do this?

I’m already using it since a while. But I haven’t logged into sway for several weeks.

How do you use polybar

A fast and easy-to-use status bar. Contribute to polybar/polybar development by creating an account on GitHub.

I don’t think it has to in order to work. I just like it a bit better than other status bars.

Have you checked out waybar?

Yes it’s installed but I’ve never actually used it. Thanks for reminding me

Progress - A long way off but any advice??

So far the only things I’ve changed from i3 are the bar and wofi. I will get rid of the icons on Wofi and add some app launchers on waybar

So far the only thing from the AUR is wlogout and Firefox… but at least wlogout is being pushed the official repositories.

Any alternatives to it you know of??

So far everything is working. The next step would be adding it to my personal repository and seeing if it works across two laptops. ( I don’t have a laptop powerful enough for a virtual machine so I’ll probably just re-install)

I will try to have packagelist.txt up soon as well.

I feel I’m rushing. I’ll slow down. Try to get to working perfect first. I’m also very nervous never done anything like this before so please correct me if I’m doing something wrong. 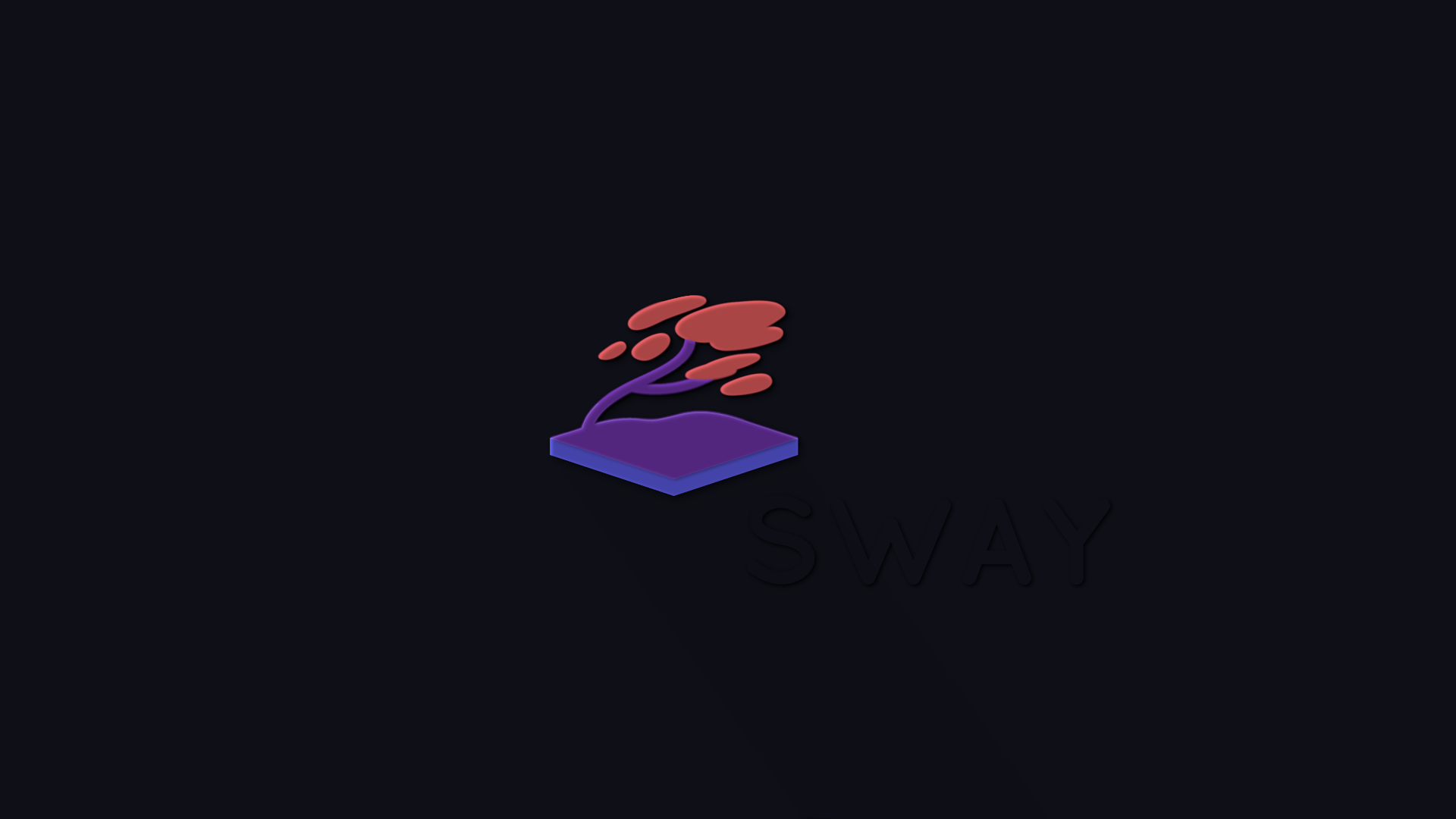 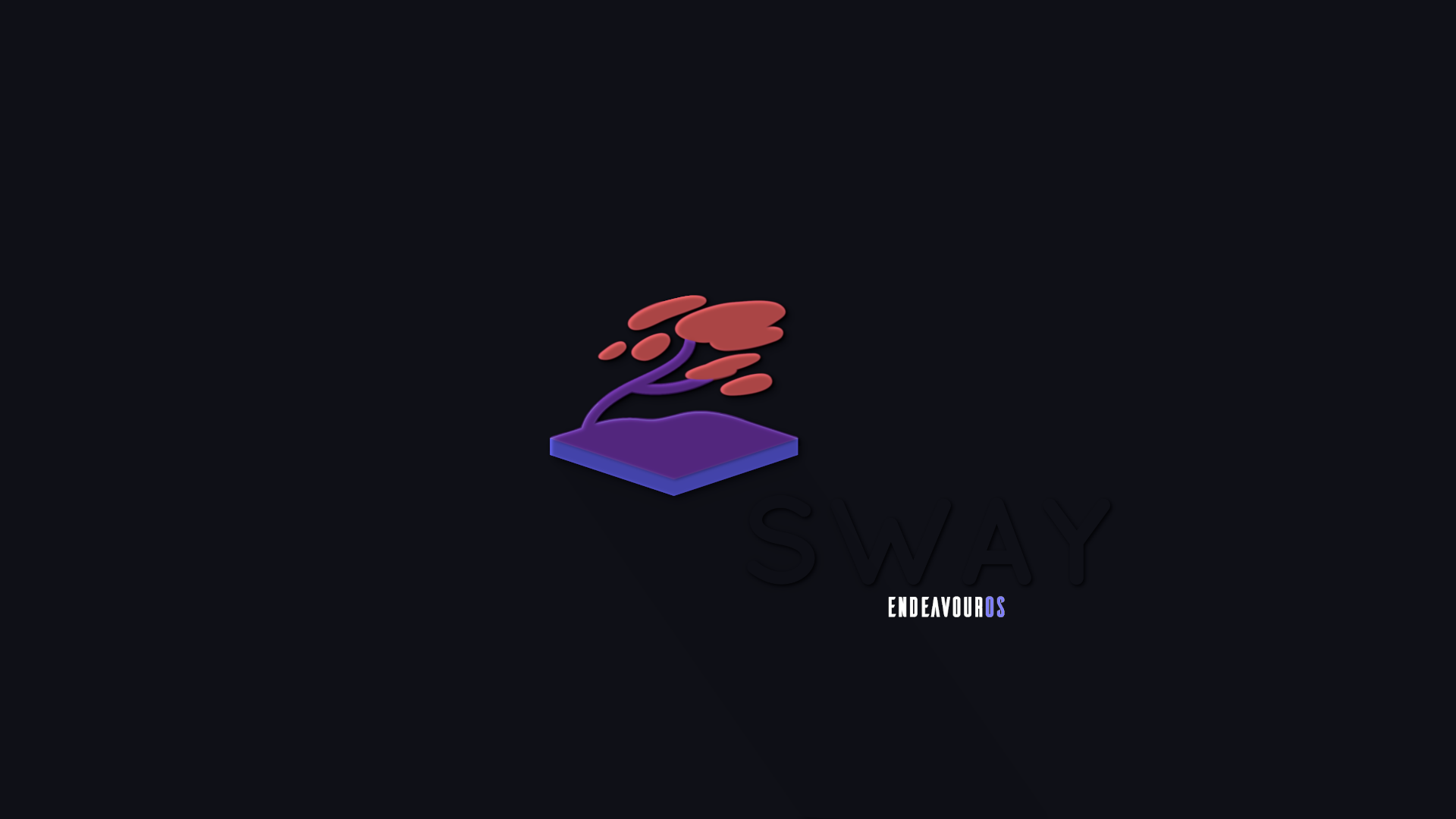 Waybar - Still working on it! The thing now is not the final result.

In general things are going well - @Shjim wallpapers were amazing and @joekamprad was extremely helpful as well as @BONK. 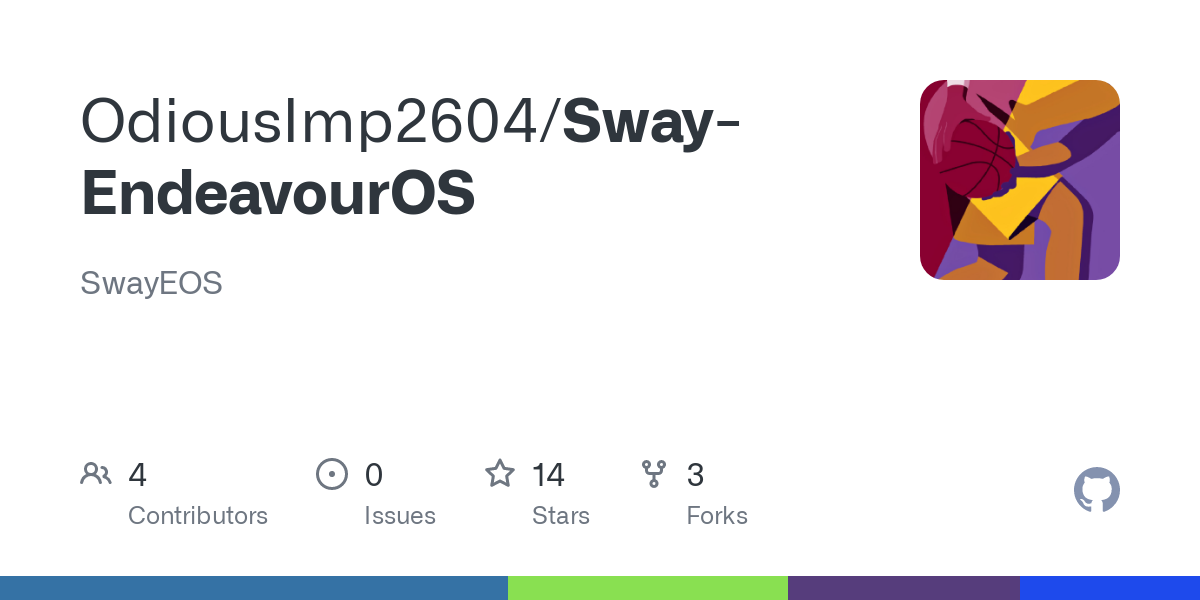 SwayEOS. Contribute to OdiousImp2604/Sway-EndeavourOS development by creating an account on GitHub.

What is looks like… It acts the exact the same way as the i3 and as i’ve said I need to improve the bar!

Is this Sway Edition based on what?