Successful ARM install on Raspberry Pi 4B! Thanks team!

Inspired by the release of EndeavourOS for ARM, I purchased a Raspberry Pi 4 Model B 4GB Beginner Desktop Kit on Friday:

I took to the install later that evening (after the kids were tucked away in bed) and it was a really enjoyable experience. I struck a couple of minor issues, but it was actually quite enjoyable to troubleshoot and remedy, and have now made my first two pull requests to an open source project as the result!

It reminded me of what I like about Linux, Open Source and computers in general

. So, thanks EndeavourOS ARM team!

Congrats!
Which DE did you go witch?

I went with XFCE with the awesome EndeavourOS theme. I normally go GNOME, but I thought XFCE would probably be a better choice on the Pi.

Although I’ve seen someone running gnome on the pi4 on here.

Yeah I’ve seen that too, but I also thought it would be good to challenge myself to a change. Maybe it will win me over! The luxury of choice

The luxury of choice

I struck a couple of minor issues, but it was actually quite enjoyable to troubleshoot and remedy, and have now made my first two pull requests to an open source project as the result!

Great! Glad you got it going. THANK YOU for the pull requests. It will be tonight or maybe tomorrow before I can get around to checking out your pull requests, and testing them.

What kind of CPU temps are you getting with the cooling solution offered by the kit?
I used hardinfo (HARDware INFOrmation) aka System Profiler and Benchmark)

Then scroll to sensors in the left column. The temps shown are on a RPi4b with Gnome while viewing a MP4 movie, Idle is 32 and 31 C for zone1 and zone0 respectively. 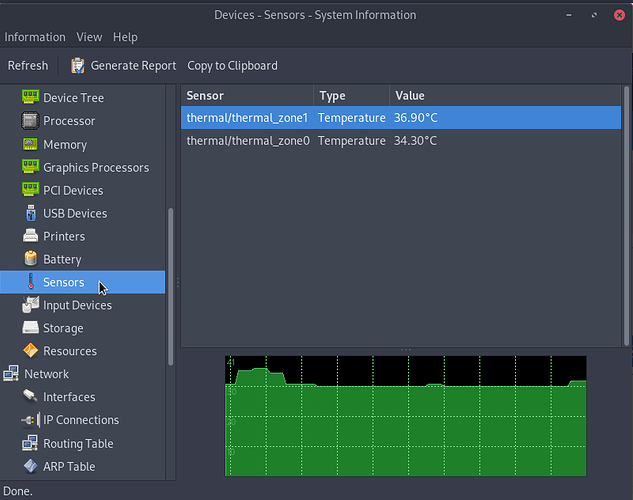 Power information for the Odroid N2, but Raspberry Pi 4b 4GB is pretty much exactly the same. 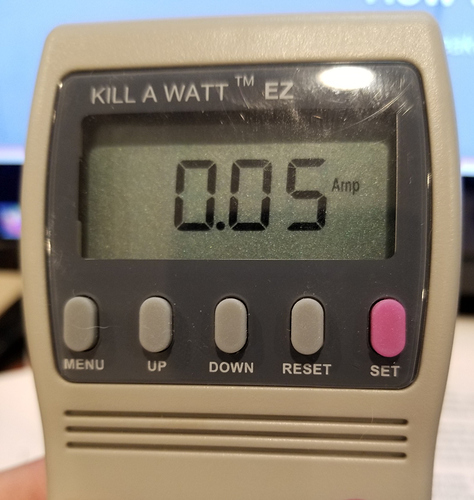 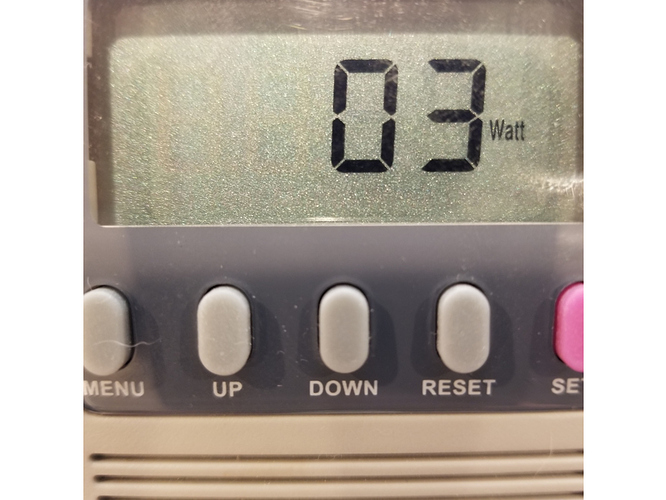 I input 14 cents per kilowatt hour for the rate, which is the more expensive summer rate in Colorado. This displays the cost of operation for 24 x 365. 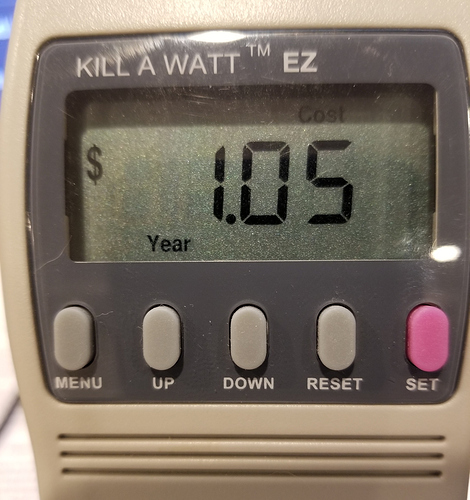 Wow, that’s a lot cooler than what mine was showing when I fired up hardinfo! Mine was sitting at about 69 C while just running XFCE and this forums page in the browser!

I took the cover off and stood it on its side (it was quite warm underneath) and it has dropped down to about 62 after about 5mins: 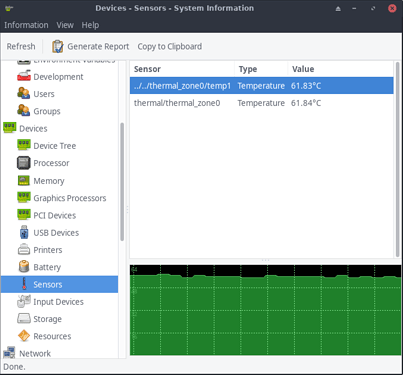 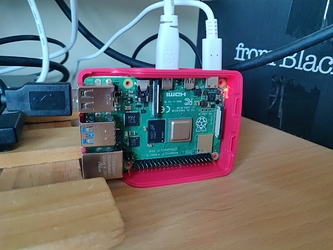 Still pretty hot compared to yours, Looks like I need to investigate some cooling options!

I need to investigate some cooling options!

So running EndeavourOS on RPi4 isn’t cool enough for you?

Do you know which revision of RPi4 do you have? I’ve read somewhere that first revisions had some issues with temperature and power management in general.

Just installed it today on Pi4 B 2Gb and it seems to run really smooth.

The only post-install tweak I’ve done so far is updating config.txt for 1440p

can you share youtube playback experience in 1080p? I would to see the performance.
I have been reading that you should use h264 plugin in browser disabling vp9.
Some users also disabled 1080p 60, to get a better performance.

I bought one but it’s still shipping…

Looks like I need to investigate some cooling options!

I am really surprised that the kit did not include some kind of heatsink. That has got to be CPU throttling like crazy.

I watched this video by a British Computer Science Professor.

After watching this video, this is what I bought for a heatsink / case.
The top has protrusions that almost touch the CPU, RAM, and one other chip. Three thermal pads to transfer the heat goes on these three chips.

It still wasn’t up to my persnickety requirements, so I bought this Noctua 40 mm 5 VDC fan 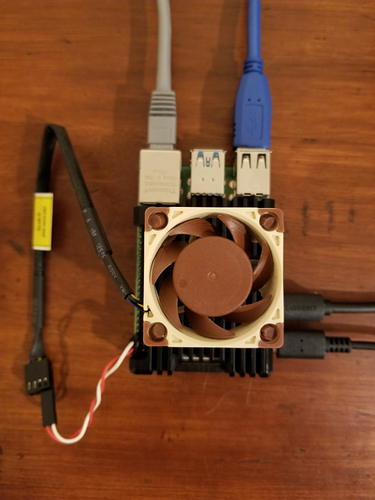 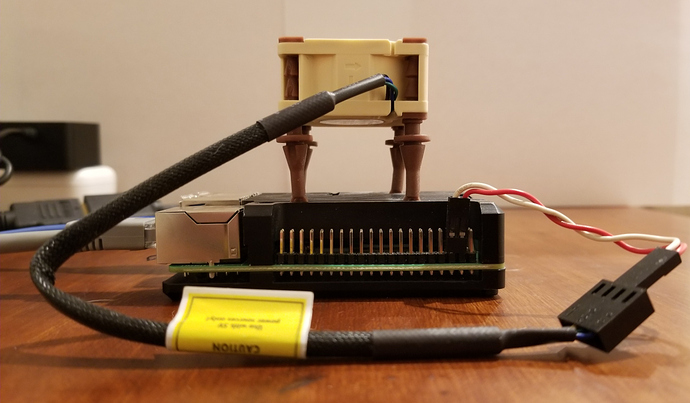 The silicon mounting devices come with the fan. The silicon completely mechanically isolates the fan from the case and is fairly quiet.

The fan looks odd, but hopefully I will eventually come up with a better more permanent fan attachment. But for temps in the thirties C I will put up with it.

I highly recommend the Argon 1 case for the Pi4.
It has a beautiful aluminum design, it has an adapter board, so all connections are redirected to the rear of the case, and because the case itself serves as a heatsink, you don’t even need the fan

I like extending all outputs to the rear, and I also like the built in power switch.

Wow, that case looks amazing. Unfortunately it looks like they don’t ship to my country

Haha yes it is pretty cool.

I’m not sure what revision it is. How do I check?

I’ve also read that some subsequent firmware updates improved the heat issues, but I can’t find any information on where to get the updated firmware from or how one would apply it to my Pi!

they have them on ali express too

I’m not sure what revision it is. How do I check?

How to check RPi4 hardware revision

What I got out of that last article is that hardware revision 1.2 should have the firmware in place out of the box. It only lowers temp 3 to 5 degrees C. Even so, temps at 60 C plus will still result in CPU throttling.

temps at 60 C plus will still result in CPU throttling

Really? That must be some new change since 3B+ model. That one started throttling from 75°C for me. I don’t have 4B to test it unfortunately.
Did you see some throttling with the heatsink case only (without the fan)?

Did you see some throttling with the heatsink case only (without the fan)?

No, with the heatsink case without the fan, the temps were in the middle 40’s C. The fan reduced them to the middle 30’s C. Never noticed any throttling.

temps at 60 C plus will still result in CPU throttling

Really? That must be some new change since 3B+ model. That one started throttling from 75°C for me. I don’t have 4B to test it unfortunately.

Sorry, I didn’t phrase that very well. I didn’t mean that throttling would begin at 60 degrees C, I meant that with idle temps in the 60’s C throttling would occur frequently when doing tasks. I stand corrected.

Irregardless of throttling, the cooler the temperature, the longer the device will last.