SSH via USB-C in RPI4

Hi all, I’m not sure if this is the right place to ask but is there a way for me to ssh via USB in my RPI4? I have setup a headless system on my RPI4 and wanted to be able to connect to it without needing an Ethernet cable.

I was able to get this working previously on an RPI Zero with Raspbian. I can’t seem to find any relevant information for doing this with Arch Linux ARM. If this is possible, I would appreciate some help on setting it up 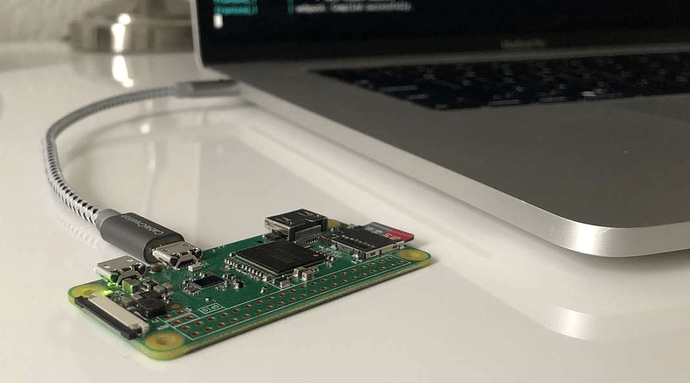 Connect to Your Raspberry Pi Over USB Using Gadget Mode

This is by far the easiest way to connect to your Pi without a monitor or keyboard. Using gadget mode on the Raspberry Pi we can connect directly over USB.

This is what I did for my RPI0 before. But from the guide, cmdline.txt in my RPI4 is missing, so I guess that only works for Raspbian?

It depends on what software is used to connect the computer to network using USB.

I have also heard of people using the RPi 4 built in WiFi for communication with other computers on the network that have WiFI. Again, I am assuming they are using SSH, and again I have not tried this.

If you want to try either of the above suggestions, duckduckgo would be your friend.

Hey there. I know this topic was about a month ago but I’ve been so busy with uni stuff and didn’t get to play with my RPI4 again until just recently so I apologize if everyone in this thread got notified

Yes, that’s exactly what I meant to do. My RPi4 is headless so I thought it would be convenient to just connect it to my laptop running EOS

than get a dedicated monitor and keyboard for it.

I saw several articles including from MagPi how to do this but I am not sure if the same options work since they used Raspbian so I would like some help on “translating” and correcting the actions I did:

Add dtoverlay=dwc2 to the /boot/config.txt.
Add modules-load=dwc2 to the end of /boot/cmdline.txt

I’m assuming they require dcw2 module for the RPi4 to be setup in “gadget mode” so I did a sudo modprobe dwc2 and got no error. So I think I’m okay on that part if I just add load the module on boot?

Just did another modprobe and got no error so I’m doing the same thing as above.

I installed dhcpcd and enabled the systemd service then added that line.

Just did as it told. I didn’t have a dnsmasq.d folder initially though so I created one.

I’m currently stuck there because I don’t have a /etc/network/ folder and I don’t know the relevant config file for it. /etc/netctl/interfaces (?)

TIA for any help anyone can give me

This link does not work.

Oops. My bad. Fixed it now