I’m relatively new to Linux, even more new to EOS and brand new to the forums. Just want to say first that I love this distro. It really hits the sweet spot for me in leaving enough alone to be customised, without making you build everything from scratch. Thanks to the devs for what they’ve produced.

I’m currently running this on my laptop only, while my desktop is still Windows. I want to replace the desktop with a new one, as it’s ageing, and want to start over with Linux/EOS on the new machine. I’m probably going to get a custom-build, as I have a company I’ve used before who I really like.

In looking into specs, I’ve been warned about going too high-end for a Linux machine, in case the bleeding edge hardware isn’t supported. I was hoping someone might be able to advise me here on what I should look for or, more particularly, anything I should avoid in a new spec.

My preferred high-level specs for any machine would be: small form factor, quiet, able to run some games (mostly 4X, nothing action-based), and future-proof for a few years to come. I’d also like to get a new ultrawide monitor to share between this new PC and my work laptop, so that’s a consideration.

Apologies for the slightly open-ended post/question. I hope someone will be able to offer a direction to go in (or avoid). I hope I’ve posted in the appropriate forum.

EDIT: My budget is up to GBP2000 but that would include the monitor as well.

Usually hardware recommendations get outdated quickly, that’s why a forum is not the ideal place to ask such a question.

With AMD typically everything works on Linux, as long as the hardware is a few months old.

One other piece of info that might be helpful in getting you solid recommendations would be your budget, or a ballpark one at least.

I have a very similar configuration and enjoy it very much:

Thank you. It’s good to be here. That’s a very valid point about the budget. I’ve edited the original post now to include that, but the budget does include the new ultrawide, so perhaps 1400-1500 GBP for the PC? I haven’t decided on a monitor yet.

Thank you. I appreciate the difficulty in giving such specific recommendations, so appreciate you providing your spec. Even the advice to look toward AMD is valuable and I’m grateful for that.

One thing you might want to do is test the new machine in the shop (if they agree!) with a USB drive containing EndeavourOS liveuser system.

EDIT: I re-read your post. If you buy a custom-build, then testing beforehand may not be possible. But you can ask if they are willing to do this test?

I would also recommend AMD. There are a number of issues with some of the Intel Graphics UHD 750 and Z590 Chipsets. Ryzen processsors are very good with both B550 and X570 motherboards. This also gives you the option of using AMD or Nvidia Graphics cards. Or AMD now has the Ryzen 5600G and 5700G with onboard Graphics and they are 6 core 12 thread and 8 core 16 thread. Considering the price of graphics cards this is the way i would be going. I would most likely get the 5700G myself and they are only 65W.

Anything NOT Nvidia and it should be fine.

I agree and the new AMD with onboard graphics would be great. But i left it open to options.

If youre looking to build custom then id say

CPU: AMD or Intel, really doesnt matter most of the time. Intel motherboards generally arent as wonky on the bios as AMD ones and behavior is more consistent. Every i5/i7/i9 is going to behave pretty much exactly the same ootb but Ryzens can behave very differently depending on the chip,cooling,mobo, and if you go Ryzen 5000 if you happen to get one of the 2CCD 5600/5800x CPUs they act differently than the 1CCD versions.

RAM: If AMD do Micron E die or Samsung B die, hynix has some Ryzen tailored ICs but idr the name of the die and the other 2 are the best options. If Intel just close your eyes and click something with the amount you want

MOBO: Look at reviews and pick what has the best build/VRM cooling for your chosen CPU and has the features you want. I like Gigabyte boards usually but doesnt mean theyre the best just best for me. People frequently skimp on the mobo and i always recommend you dont as its really the heart of your system and not the CPU.

GPU: If you can even get one ideally AMD and Ideally not the latest released one but one thats at least 6months old to avoid issues. If you cant intel or amd igp are great on linux

PSU: Generally Seasonic and EVGA are good bets on a quality PSU but just make sure to check reviews and go for 80+ Gold or higher

One thing i really have to say is future proofing is a myth, youll be out dated within a year or so regardless of what you do just build for now not the future or youll always be chasing the goal post.

I will also say the overall Intel is much easier to get the best stock performance out of the CPU vs Ryzen which vary much more chip to chip. Some Ryzen 5600x for instance will all core boost to 4.4ghz no problem OOTB but others will only do 4.1-4.2ghz which isnt an insignificant difference and requires tinkering with PBO which is a real wonky can of worms. Intel CPUs generally all perform exactly alike OOTB and differences are mainly in memory controllers ability to handle overclocked ram and in CPU overclocking.

This is what I learned the hard way!

I have a GTX 1060 and I don’t have many issues currently. But i prefer AMD now. When i built the Intel system it was their 50th Anniversary processor with Intel Graphics. I stuck an Nvidia in it for Linux at the time to test and learn how it works. I also have an RX 590 AMD which is slightly better card IMHO but almost a perfect match. amdgu is much easier to deal with. It just works.

Also beware of the Network card you are buying into, as particularly Realtek chips are a pain in the butt. Even if you have a Realtek on the mainboard, order a seperate NIC with an Intel chip on it for best throughput and reliability.
IMO the best mainboards are Gigabyte and Asus, the best SSD is Crucial, the best HDD is Western Digital, the best RAM Corsair, the best processors AMD Ryzen.

Thanks for this detail @ricklinux. I’m looking to keep costs down if I can, to enable me to get a decent monitor too. The CPU with onboard graphics is an interesting option. Just so I’m clear, getting (for example) the 5700G would mean no need for a separate graphics card; is that right? Is there any way to know what separate graphics card this onboard graphics would be equivalent to, just so I can get my head round it?

The advantage of this processor is that it has better than decent onboard graphics. It’s better than Intel HD 630. It’s not for gaming per say but the processor is a little beast with 8 core 16 thread and will play games that don’t require high end graphics capabilities. It does support HDMI and Displayport which most B550 or X570 motherboards would have and they are designed only for onboard graphics. It comes with the cooler and is also only 65Watts. It also gives you the option of adding another graphics card down the road if you decide you want something higher end that is better for gaming. Graphics cards right now are hard to get and overpriced. The average decent card that won’t even play some higher end games well are in the $800+ range and they only go up from there. Most gamer cards if you are looking at gaming are going to be substantially more. I would probably put the onboard graphics on this somewhere in the range of an AMD RX 550 and a Nvidia GT 1030 but this is just a guess. You’ll have to do some research to verify the accuracy of that. It is Vega 8 that is the onboard graphics on the 5700G. This is the one i would get over the 5600G as it is a more powerful CPU.

Your only other option would be an Intel Processor also with onboard graphics to keep the cost down and then a video card could be added later. Something like the i5-11600K which has onboard UHD 750 Intel Graphics and is an K series unlocked processor. This is also in a similar price range and you would pair that up with an Intel board socket LGA 1200.

Edit: Disadvantage is the Intel doesn’t come with the cooler. But still would be in the price range with a cooler as the 5700G.

Thanks for this detail @ricklinux. I’m looking to keep costs down if I can, to enable me to get a decent monitor too. The CPU with onboard graphics is an interesting option. Just so I’m clear, getting (for example) the 5700G would mean no need for a separate graphics card; is that right? Is there any way to know what separate graphics card this onboard graphics would be equivalent to, just so I can get my head round it?

A bit late on this but the 5700G graphics are somewhere around the performance of the GT 1030. Its not going to be great performance but very good for built in graphics.

The other advantage is that if you get a dedicated GPU later you can use the onboard for fun things like Encoding if you use OBS and other such things like that without taking your dedicated GPUs time. Its the only thing I really miss on my 5600x is that I dont essentially have a dedicated encoder/decoder

I would advise to use fast DDR4 memory, atm Crucial Ballistix 3200/3600 mhz cl16 are the best bang for your buck (they are on micron Rev. E, 8GB modules are Single ranked and 16GB modules are dual ranked).
As for motherboard the Asus Tuf Gaming B550-Plus is really good (good vrms capable of managing an overclocked 5950x)
As for HDD WD Caviar Blue is pretty solid (I’m still using one, it’s 10 years old, 100% health) 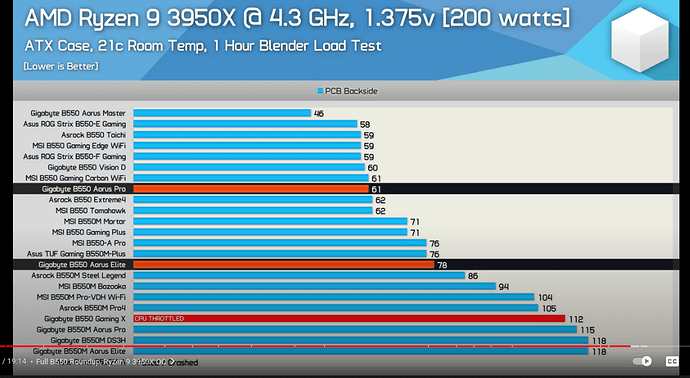 Yes this is a very nice board. The OP was looking at small form factor. I myself prefer ATX boards. Three m.2 slots is very nice and if you put Pci-e 4.0 m.2 drives. With Ryzen 5950X you got the purple EndeavourOS