Edit3: glibmm devs have just released a new update to v2.66.4-1, which fixes this issue, so be fully up to date and everything should be working for users just fine now

Edit2: I took the liberty of filing a bug report upstream for Inkscape and glibmm, in case I’m not the only one:

Edit1: It looks like the recent update to glibmm v2.66.3-1 is causing some software that has it as a dependency to crash on startup, notably software like Inkscape and Gparted, so if you NEED these applications or plan to use them, I would advise making sure you are running glibmm v2.66.2-1 (you may have to downgrade if you’re fully up to date), until upstream can revert or fix the issue. There may be other apps affected by this, but these are the ones discovered so far.

I like to dabble with some vector graphics from time to time and Inkscape is a great open source project for that. It’s still under active development, which is great to see. I’m not sure if it’s something on my end or not, but I am fully up to date system wise (I run yay at least once a day), and for whatever reason now, whenever I try to launch Inkscape I’m greeted with an error message " Inkscape has encountered an internal error and will close now."

I’m just wondering if there are any other users here that already have Inkscape installed and can’t open it as well? Or if you don’t mind installing and testing to see if it opens or not for your system, please feel free to test and assist if you like.

I’m wondering if the recent nvidia drive update is the culprit or if it’s something else on my end. It was working just fine about a week or so ago since the last time I used Inkscape, so since then I’m not sure what could be the exact issue, but would appreciate if any other Inkscape users here may be able to chime in, I’d appreciate it, thank you. It would be good to know if this is a local issue on my end or possibly a more widespread issue.

For context, I tested this on Gnome 42.1, using Xorg, on 5.17 kernel series, with the latest nvidia drivers 510.68.02. Feel free to share your relevant stats on if Inkscape works or fails for you also, thanks again.

Update1: Since I can no longer reproduce this issue and a fix has been deployed, I closed the bug reports. If you still have an issue feel free to comment, just make sure you’re up to date first.

glibmm : https://gitlab.gnome.org/GNOME/glibmm/-/issues/98 [ CLOSED ] -upstream has released a new version that addresses this issue, so be fully up to date and everything should work okay.

I’m running Inkscape with no issues, but on another DE (Cinnamon) and Intel integrated graphics. So I guess it could be related to graphic drivers.

@pebcak Thanks for the confirmation, are you using an Nvidia/AMD GPU or integrated graphics? If Nvidia, is it the latest drivers as well?

@Triby thanks for checking as well. Other users are reporting it happening on Plasma as well, so it very well could be related to Nvidia GPU drivers, if you’re able to launch it successfully on integrated graphics.

Nice of you to report it upstream!

May I suggest that you look into your journal and add the coredump lines to your report.
That might already give the devs some ideas right at the outset.

are you using an Nvidia/AMD GPU or integrated graphics?

Okay thanks, I’ve added the journal coredump entry to the bug report for more transparency, thanks for the tip.

The libglibmm package was upgraded today, so perhaps that could be a possibility, 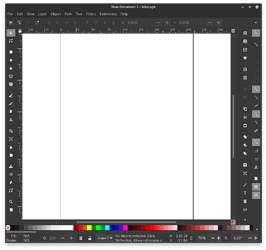 Awww you got it working (good job btw)! I was so hoping to blame Nvidia yet again for all my problems /s

Looks like I’ll have to let another upstream dev hear my wrath!

https://gitlab.gnome.org/GNOME/glibmm/-/issues seems to be the place to do it I think

You can always blame Nvidia! Not having a system with Nvidia, I blame them for the Climate Change

By the way, some other programs on my system are dependent on glibmm.
I wonder if this affects them as well.

I am going to update and check.

Rawtherapee and gnome-system-monitor still work for me, but gparted crashes when I try to open it. Looks like we’ve solved the case Sir Watson!

Greetings, I'm running EndeavourOS Gnome 42.1 and I recently updated the glibmm package today to v2.66.3-1 and now whenever I try to open the vector graphics...

Rawtherapee and gnome-system-monitor still work for me

Lots of people around the globe might be wondering what’s going on with their apps:

How are you doing?

“Elementary!(OS) my dear Watson. How often have I said to you that when you have eliminated the impossible, whatever remains, however improbable, must be the truth?” - Holmes quote quite relevant today

Nice!
Here, way past my bedtime. Off I go!

The libglibmm package was upgraded today, so perhaps that could be a possibility

I didn’t update it yet:

Edit1: Yep, Inkscape failed after update. I’ve just downgraded glibmm and I’m wondering what to do from here. Should I exclude this package on next updates until there’s a fix?

Edit 2: I’m sure I should learn to read complete posts.

inkscape crash on both.