C’mon guys, I know you’re hunters and collectors by heart. So there are some really old CDs, labeled USB devices or some even older stuff lying around on your desk. Here is mine: 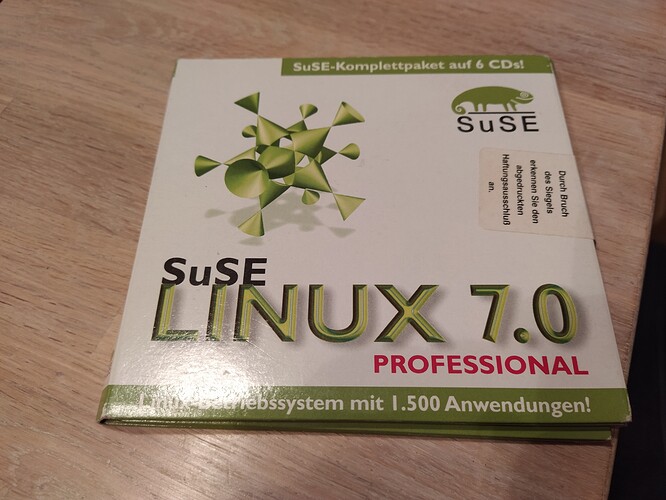 I don’t own the box and installation guides anymore, but I kept the CDs. If I do remember correcty I dual booted with Windows 98 by using a boot floppy disk.

SuSE 7.0 appeared in the year 2000, so I’m quite sure someone out there has some older stuff.

I think I have an ubuntu 12 inso or a Mint 17 iso somewhere.

I still have some old MS-DOS 5.0 5.25" floppies (and Windows 3.11 3.5" floppies) laying around somewhere, but I have never owned physical Linux media. 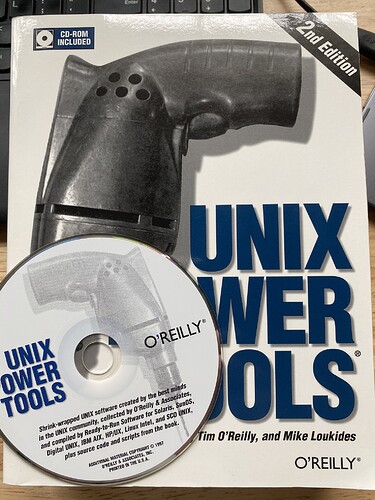 That is pretty cool!

I keep it with this other non-Linux but related gem (inherited from a mentor years ago). I’m sure it’s a later printing, but it’s paperback version of the 1978 Bell Labs copyrighted text 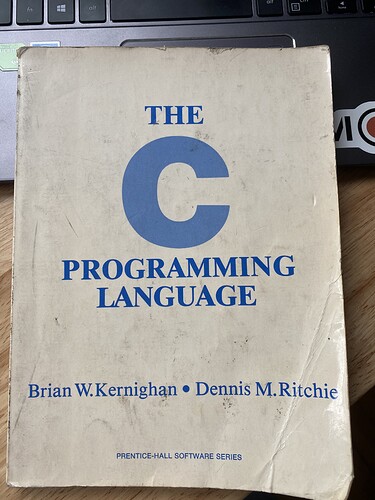 No point duplicating - but +1!

Still looking for my box of floppies for TAMU (Texas A&M University distribution) - will post if I DO find 'em… that was 1996 I think - they even allowed for ATI cards running MOTIF! ncurses installer too…

I even have the Suse Linux 7 installation CD, an attachment to an IT newspaper (maybe Chip magazine).

That brings back memories. SuSE Linux 6.1 was the first distro I ever used.

My Journey Through Linux: A Tale of Learning and Fun

I am a tinkerer. Especially when it comes to computers. No more so than in my early days of computer usage. At the time, I would spend hours...

I really need to get off my hind end and do an update for that blog post. 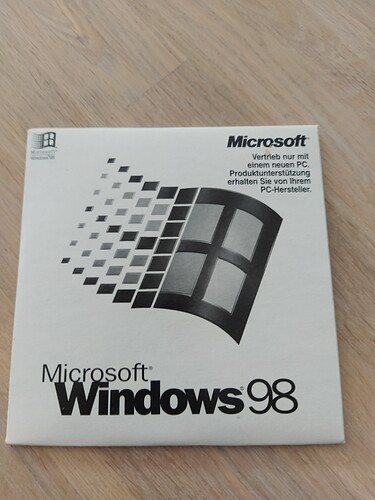 Sorry for the poor photos.

A new in the box, never been opened with cellophane wrapper intact,
Microsoft Windows Server 2003 with 25 seats that was given to me by a Microsoft
representative in fall of 1995 make that 2005. It has sat on a shelf since then. In Ebay speak I guess that would be new old stock! 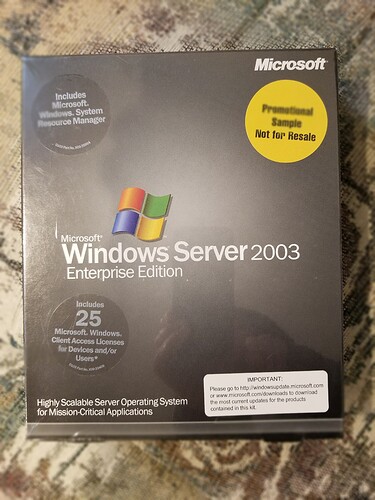 Some of the many books I bought in the '80s. Back then there was no internet and one couldn’t do a DDG search and find the answer. You had to buy a book. OR more than once I went to Barnes & Noble and found a book on the subject, stood in the aisle finding what I needed including taking notes. Then put the book back and went home. 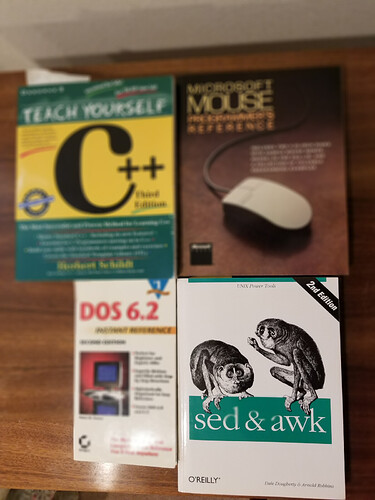 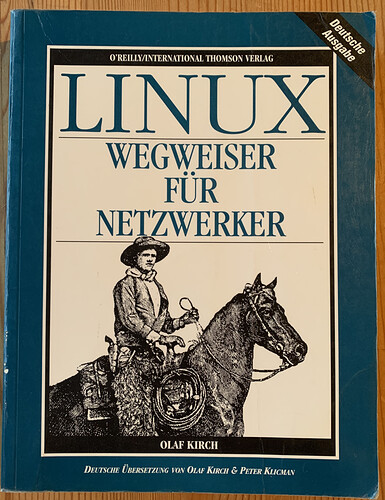 German version of the “Linux Network Administrator’s Guide” from 1996.

And related to that: The whole internet in just one book from 1994: 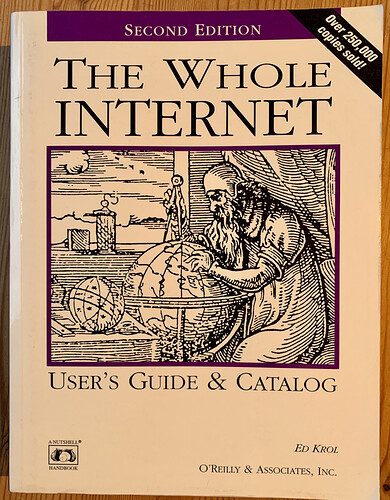 Does anybody here still know gopher?

And related to that: The whole internet in just one book from 1994:

Is this a book about Microsoft Mouse?!?

Yes sir. It is blurred but it is the Microsoft MOUSE programming reference. Back then the big thing was MSDOS 6.0 and mice was just getting started. I was developing a program on a x286 machine. I paid $200 extra to get the optional 12 Mhz CPU instead of the standard 10 Mhz CPU. I had it maxed out at 512 KB of RAM and duaI 5 1/4" floppies. I bought the book and then bought a group of mouse routines because mouse routines were not included in MSDOS at that point. I did not feel like writing my own mouse routines. I then included mouse usage in the program I was writing and then sold.

My first thought was why is there a gun on that cover, but then I realized it’s a drilling machine.

The prices were insane compared to today.

Maybe development is more accessible today? Anyone and their dog can pick up programming if they want to (and if the dog is a smart one).
I was just thinking these days that on my computer (on any of our computers) there are countless programming languages that I could just take out an editor and start programming away. I then made a parallel to the days when I launched qbasic and that was about it on that pc. Then I jumped even further on the memory lane, to the days when I needed a casette player to load some crazy graphics mode on top of a ZX spectrum’s BASIC to make some fancy graphics with text and frames. 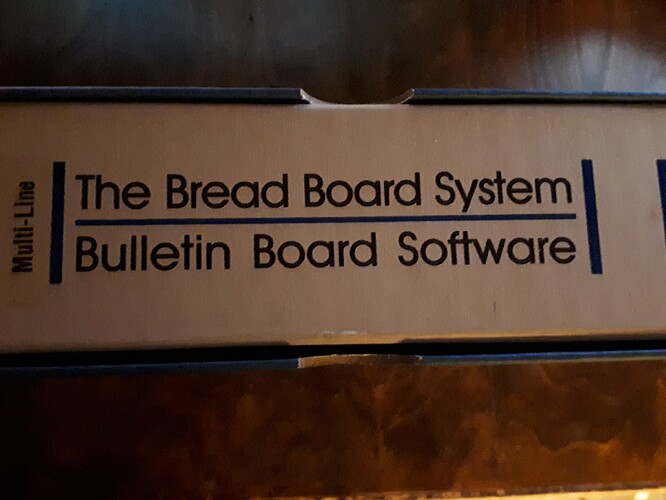 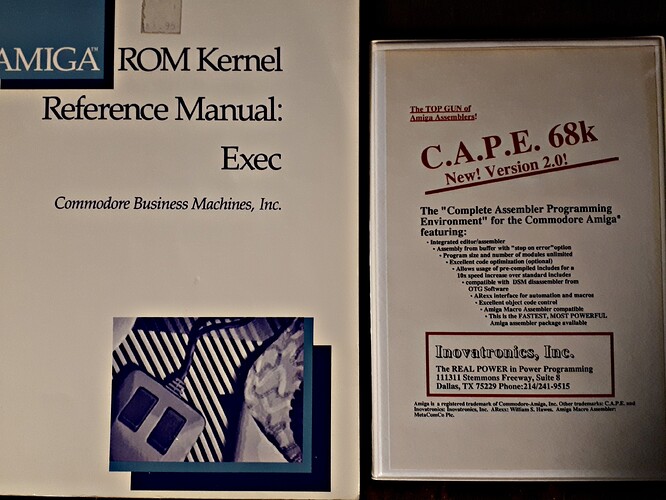 I spared you the notched-to-double-sided C64 disks!

I forced hubby to finally clean up his old treasure boxes. Look what we found among other shit: