SDDM takes time to close when rebooting/shutting down

When I shutdown/reboot my PC, SDDM takes sometimes more than a minute to close.

Usually, after a minute and 20 or so seconds it finally closes. I have no idea why this happens, this is a fresh install with NO modifications (I downloaded and installed it yesterday).

there seem to be some issues with sddm on wayland, that are already fixed upstream but it didn’t have a release in quite some time so those fixes are not in the repo version.
This could be solved by switching to sddm-git from the AUR for the time being.

I also have shutdown issues like you have on KDE Plasma when using wayland and rebooting/shutting down with systemctl reboot/poweroff. When using KDE’s shutdown/reboot buttons the issue does not appear.
As far as I remember, sway uses generic syscalls, so that should be the same issue.

If you want a quick fix, install sddm-git from AUR as @BS86 said. I’ve had the same issue, and -git package fixed it for me.
If not, wait for the next sddm package updates in stable repos.

it’s the same for me, it takes more than a minute to close
but I have removed it and do an autologin with bash_profile

If not, wait for the next sddm package updates in stable repos.

that might take a while, as that waits for this, which is in about the same stage of development for over a year now: 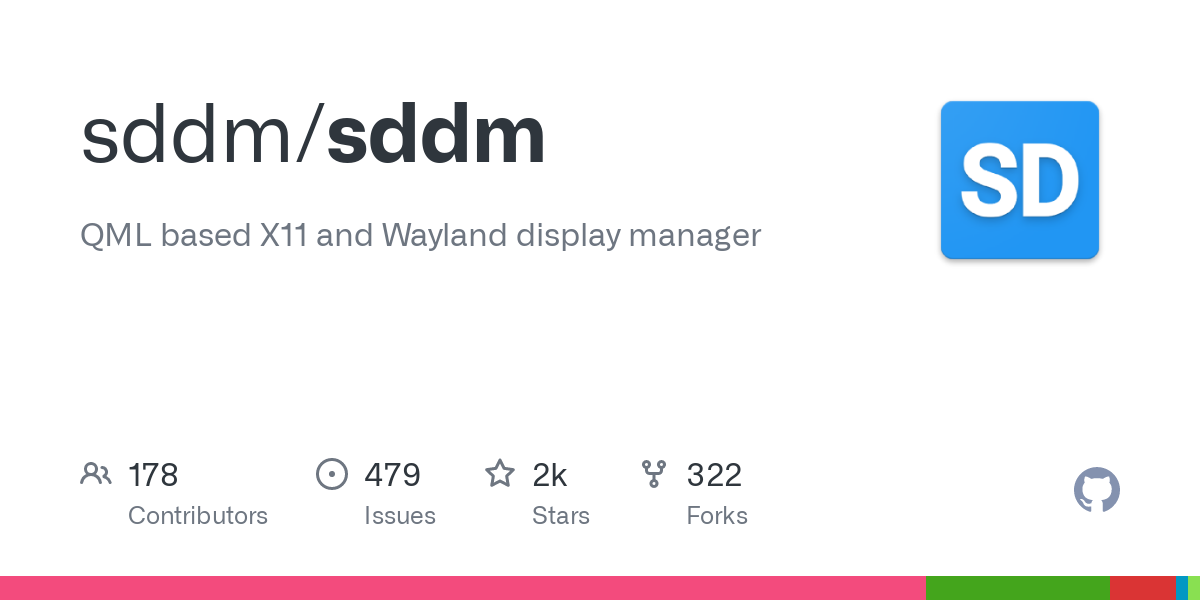 QML based X11 and Wayland display manager. Contribute to sddm/sddm development by creating an account on GitHub.

QML based X11 and Wayland display manager. Contribute to sddm/sddm development by creating an account on GitHub.

If you don’t mind, I’ll link to the topic, because I have a similar problem. Not always, but every once in a while. However, I don’t know if I’m using SDDM because I’m using the LXDE desktop, but the message is exactly as in the first post. Ok I check and I using LXDM. So there is also a problem with it of the type described in the topic?