Our ISO refresh is coming soon 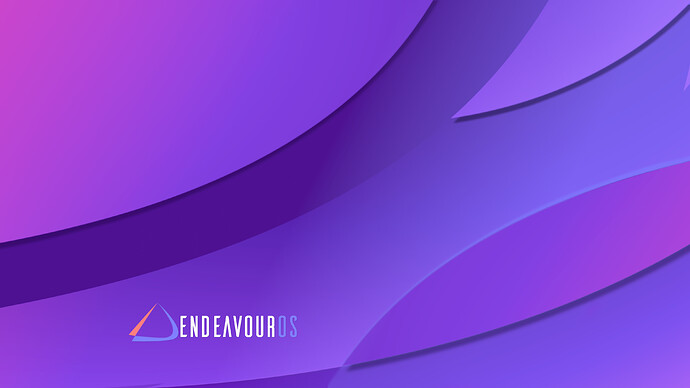 It’s been a couple of months since we released our ISO-NEXT release and we are completely aware of the bugs in it that have risen to the surface, which have become major obstacles through time.

As we explained earlier, the ISO had received a complete overhaul between April and August and after releasing the community gave us very valuable feedback by submitting bug reports.

Joe and Manuel, together with a lot of help from our community members and the Calamares dev community, began starting to improve the ISO and with every improvement, another issue arose.

Among those improvements are Nvidia handling, Grub and lots of other improvements we will reveal in the release announcement.

To those who want to give us a try and the current ISO isn’t working on your hardware, the next release is nearly ready to be launched.

Even though we do work very hard to get the ISO working for most systems, you must understand that EndeavourOS is a labour of love and unfortunately, we don’t have the opportunity to test our ISOs on every single working hardware in the world. So don’t get too upset with us when our ISO, old or new, doesn’t work with your system, we honestly do what we can do.

I’m still happily rocking my April. iso EndeavourOS install, but there’s no doubt each .iso release gets better and better! Good luck to all the devs working to squash those pesky Nvidia and Grub bugs. Looking forward to hearing about all the other improvements. It’s already a great install process and I’m happy to see it getting even better! Love y’alls work

French translation, it took a little longer to get published this time.

it took a little longer to get published this time.

There goes the greek translation, too.

Jira issue originally created by user juniocalu: Hi, There Any predictions for… the introduction of support ZFS?

Distribution-independent installer framework. Contribute to calamares/calamares development by creating an account on GitHub.

Could be that I will go for a ZFS ISO to test this out, and be helpful on developing at calamares.
But no guarantees

ZFS support would be really cool but no pressure, EOS has been a great learning platform for me as I was new to btrfs/snapper snapshots.

I have some suggestions as a new user, perhaps that could be made into a future ISO to make it more friendly for new users.

These are all minor issues and I really appreciate all your efforts in building this awesome distro. Initial impression blew me right away

. On close to a decade old hardware (SATA SSD and 8 GB RAM are the only mods), EOS boots up in 10-15 seconds, minimal but has all the essential packages, RAM usage less than 500 MB with KDE Plasma, without a doubt deserving of the

emoji. Perhaps a good thing as it helped me to persist at solving all the minor issues and learn a lot in the process.

As @Bryanpwo already say in the topic, we can not support every hardware around the world.
And yes:

close to a decade old hardware

can be tricky to start with.

sidenote:
This is an announcement post for the upcoming ISO so it is not meant to be a suggestion.
To do this, a request should be made in the correct area of ​​the forum.

We look forward to every feedback and the contribution of the community to improvement and further development!

To do this, a request should be made in the correct area of ​​the forum.

Sorry about this, mods please feel free to move/delete the post.

Just wanted to tell you how much I appreciate the work you put into the distro. First time I tried the ISO you updated, the install took 5 minutes or less, the package selection was updated and you and the team updated us to a BTRFS setup. This is probably one of the best Linux setups IMO.

What does that mean for us for an installation already ? Newer packages ? New wallpappers ? haha

the Dutch translation, a bit late but I only joined the translation team yesterday

welcome @kurdt67 ISO updates are only related to new installations, changes on packages from our repo will get to your already installed system without any extra action needed.
As @n1729m mentioned already.