Hi guys
I installed the endeavour alongside with windows, boot with nvidia driver option.
After some customizations I installed obs studio with pacman.
When I open obs, I check the option to optimize only for recording, obs recommends 1920x1080 option and uses nvenc 60fps, I change it to 30fps.
After that I start recording the screen, the system behaves ok, no lags and no crashes, but when I finish recording, the video is lagged, there is no fluidity in the gnome animations.
My configs: i5 3570, GTX 670, 8GB ddr3

What can I do?
Thank you

when I finish recording, the video is lagged,

What can I do?

Look at the output of top and iotop to determine what is using system resources.

Yes, nvenc h264 in obs, after some hours I tried arcolinuxb and the same thing happens =/
looks like using x264 option works, but use hight cpu.

you are running OBS inside plasma? i do just start play with it, and it is mostly unusable on grk based for me running on nvidia propritary drivers.
But i do not have issue pressuring my CPU: 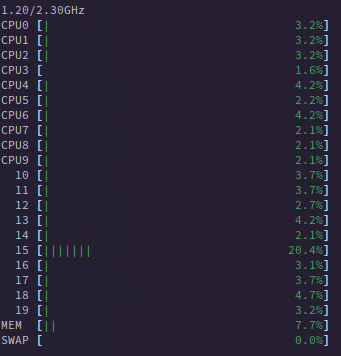 yes, first I tried endeavouros gnome, then arcolinuxb gnome and plasma, in all these I did the screen recording with obs and nvenc, the recording is laggy, probably is something related to nvidia and linux since my card is old, when i use x264, the record works but my cpu goes to 50% of use.
Anyway I went back to do my stuff in windows that is working, thank you