I had a question regarding the i3 bar in the community version of endevour os. In the attached you can probably see the bar on the right screen. I am trying to get all of the work spaces to show there with just the numbers 1-any number of workspaces. I believe that each screen is its own workspace. I have looked into the following two configuration files ~/.config/i3/i3blocks.conf and .config/i3/config i have only manages to get it messed up with a number showing and then the image. If it cant be fixed if anyone can tell me how to get it back to its original state it would be fine.

there is no i3 community edition …
you may talking about default i3wm install. 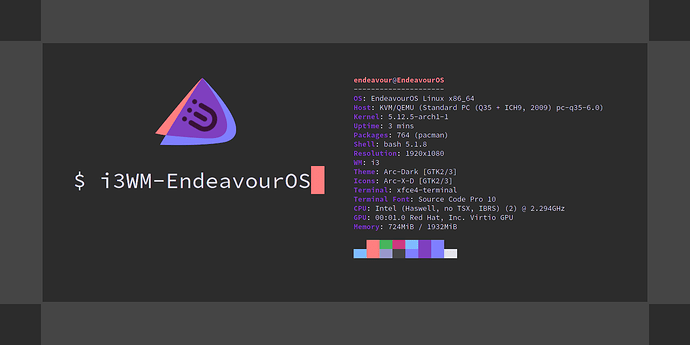 ~/.config/i3/i3blocks.conf is for the shown ‘blocks’

workspaces are configured in .config:

Perhaps in this screenshot it can be seen more clearly. It can be seen that although I have something open on workspace one and two the one in the bar is not shown. Is there any way to have this one show?

screenshot looks like a dualscreen setup?
And workspaces can be focused and unfocused – what will change the color of the workspace indicator on the bar…

On dualdisplay setup you will need to bind worksapces to one or the other of the displays also, or at least have a bar on both…

Yes it is a dual screen setup and I have binded workspaces to certain screen. I have removed one of the bars though. If the missing bar is placed it will show the workspaces on that screen?