Need knowledge for Linux, or is it enough just to use it?

Around the turn of the millennium, I first encountered the Linux operating system. Back then, unlike Windows, it seemed pretty unknown, mystical, even though it already had a desktop environment. However, sometimes you had to compile a kernel and enter various commands you had never seen into a terminal. These were not required when using Windows. Then I gradually mastered these basic Linux commands. At the time, I thought you needed some special knowledge to use a Linux system. Then there were more and more Linux distributions with graphical desktop environments that could be used very easily. So what is the truth in this today? Need special knowledge or just use it, don’t understand it?

It depends on your mindset and how you learn.

I learn by doing so I learned most of my technology knowledge by having things I wanted to do and figuring out how to do them.

I think that Linux can be hard at first because without some base knowledge, it is hard to understand many concepts. 20 years ago, this was a bigger problem than it is today. Now we have a slew of GUI tools that make the simple things easy. This allows us to get up and running without much hassle and learn incrementally.

Once you start building up your base knowledge, now the more complicated things that seemed overwhelming in the beginning begin to seem simpler. If you continue to build and build, eventually you will have a lot of knowledge.

The funny thing is, the more Linux knowledge you acquire, the more you realize how much there really is to learn.

I think it depends? There are a lot of distributions that people could just use if they are pre-installed such as Linux Mint, Ubuntu, PopOS, Zorin and others. I think it’s difficult for most people using Windows to ask them to re-install the OS or to be able to fix problems that arise if it’s not a matter of just getting an update or installing something. They just don’t know enough about partitions, MBR, UEFI, file systems, etc. etc. whether it’s windows or not. So i think it depends on the individual and how they use the computer, what they want to do and what they want to learn or not. I have switched people to Arch and they get by as long as it’s just as i have said. Updating, minor installing and using the computer normally is not too much of an issue. But it took some time and as i say it depends on the individual. Some people would get way too frustrated with the constant updating. Those same people get frustrated with Windows with all the problems on that platform. The problem with Linux is unless your into it…most people don’t know much about it. Not that they know much about Windows either. With Linux i think one never knows enough.

Surely there is much truth in this. Anyone starting to use Linux today may think that the whole thing is just a desktop environment, and in this respect it is almost no different from Windows.
However, I would reverse it. Above a certain level, you also need the right knowledge to use Windows, it is not enough to just click.

Sure, even a Windows reinstall is not as easy as it seems. 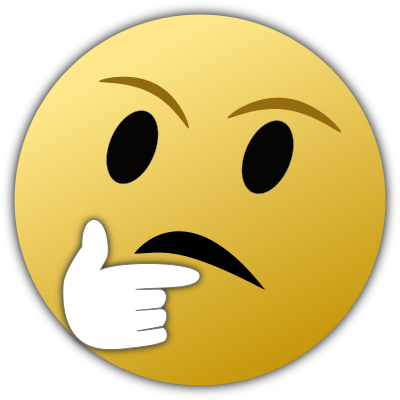 What the hell is that?

That spy operating system you have to pay for!?!

Yes! The one that is putting Windows subsystem for Linux on it also.

I think that Linux can be hard at first because without some base knowledge, it is hard to understand many concepts. 20 years ago, this was a bigger problem than it is today. Now we have a slew of GUI tools that make the simple things easy.

The biggest aid that we have now for learning Linux that we didn’t have back then is…drum roll please…Broadband internet. Twenty years ago if you wanted knowledge on something, you hopped on down to Barnes & Noble and bought a book on the subject for about $30 to $35. In my case it was usually you ordered a book on the subject and waited about a week for it to get there. Now you get on the internet and go to a forum or do a few duckduckgo searches, and Voila instant gratification.

My first linux install was Mandrake. I bought it at a brick and mortar store on a CD in Commercial packaging with a manual. After install, one updated it on a 56 Kb phone line modem

which never ran at 56 Kb. It was more like 36 Kb to 42 Kb. I used to start the update at bed time and let it run all night. My wife complained “What if there is an emergency during the night and someone needs to get hold of us?”. That cost me a second phone line.

Man, have I seen a lot of changes.

Before 1990 I lived in a small rural town in the middle of farm country. Phone service was dicey at best. I happened to work at Western Electric Montgomery Plant, (Montgomery Illinois) which made all the business 4-wire modems for AT&T. I was a friend with one the engineers there. We talked about it, but he said that in my locality it probably wouldn’t be worth the expense. I took his word for it and never bought one.

I remember it quite clearly as the first modems i had were slow.

Twenty years ago if you wanted knowledge on something, you hopped on down to Barnes & Noble and bought a book on the subject for about $30 to $35.

When I started with Linux I don’t think there were any books on it. Other than the man pages I had to learn via trial and error. To be fair, it was a lot less complicated back then. Even when books became more prevalent I am not sure I owned any Linux books. I had the DNS/Bind book, a book on ksh and whole bunch of programming books.

After install, one updated it on a 56 Kb phone line modem

I remember the upgrade to 56k. After that everything was so fast.

I think it really depends on what you want to do with your linux install and the hardware you want to use.

For web browsing and non-ms office apps with the correct hardware not much.

But it can get quickly get tricky, for example if you have the wrong printer, or you need to get some Windows apps running… and then there’s custom proton because you want to get as many games running as possible.

… because you want to get as many games running as possible

I heard rumors that some people don’t use their computers to play games.

Although there are ways to get Windows games running using Linux, I would always recommend a native Windows installation.

I would like to remember all linux commands available, but my brain says no…

There are plenty of distros that give a full computing experience without the need to know anything about Linux. OTOH, many of us enjoy using minimal installations (Arch or Debian based) that we can juggle with. If you want to juggle, you need to know a bit about Linux.

My computer’s doing a lot more than running games, if you look at the host OS.

To answer the original question - no - you do not need ‘knowledge’ to run Linux, perhaps less to run it than to run Windows. I know that the machines that I build and/or spec or set up for others usually have Linux on them - because I am too lazy to try to support Windows (although I did get stuck supporting one Mac).

However - to run an Arch-based distro, you DO need knowledge - fortunately you can acquire it along the way if you have a basic background in computers. Things that we don’t even have to think about (as they are ‘assumed’) crop up all the time for newbies on these systems!

I don’t agree with Arch based not being right for a “use it and forget it” OS. Not all arch based distros have the same credo as EOS regarding sticking as close to arch as possible. If you look at distrowatch (for what it’s worth) Manjaro is way above Mint. I’d argue Manjaro would fare much better as a “use it and don’t think about it” OS compared to Mint.
I think you can actually manage to get around with just the GUIs available in Manjaro. Leaving aside all theoretical talk about postponing packges and not having it’s own repos, in my experience it’s more stable than Arch and therefore more suitable for noobs.

My answer to the OP is that yes, linux can be used by a non savy user if you choose the right distro for the job just as windows can be. By this i mean that the non tech savvy user would encounter equally as many issues in using windows for the first time (or maybe even more).

There is a learning curve for any OS, be it macOS Linux or Windows.

Stil manjaro made it easier , but there are stil traps you have to know to fix, personal for a windows users transition to linux , linux mint is great. Because its LTS based, more hobby type of users want to go to the latest can go quicker and check things out…

and thats true any os has a curve, but huge generation can find in linux mint what they need… and users that wanna go further they go to arch based…