My first linux distro was Mandrake, which was Gnome by default. I used Gnome, Gnome 2, and Gnome 3 pretty much exclusively.

When Gnome 40 came out, I didn’t have time to mess with the problems I was running into, so I installed KDE Plasma.

Now, I needed to set up my “testing” computer, so I decided to install Gnome 42.4 and give it a try.

I have GNOME set up to my liking and have dash-to-panel installed. Except that when Gnome boots up and one logs in with GDM, the desktop comes up in the choose virtual desktop mode with the desktop shrunk in. One has to click on the mini desktop to get it full sized.

Does anyone know how to disable the mini desktop mode at log-in and just go to full sized desktop?

If you don’t mind ‘another’ extension, then theres this

Works well for me

Thank you for the recommendation. You saved me a lot of time researching this.

I will give this a try. 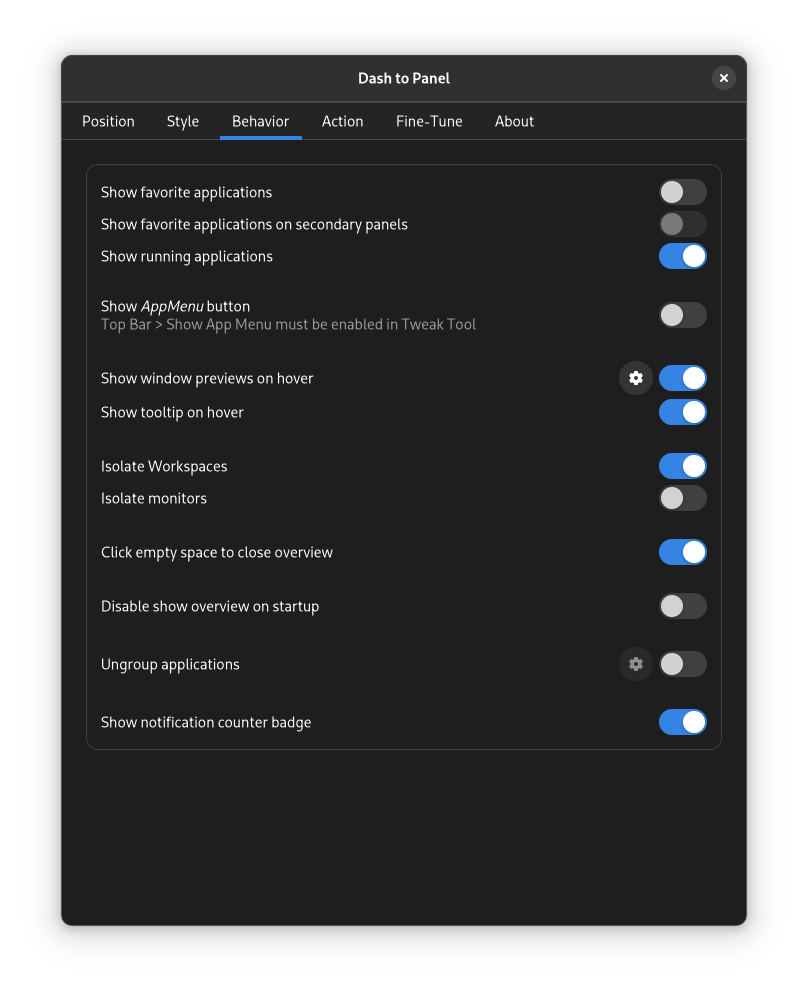 In dash-to-pannel settings, the behavior tab to be more exact, there’s a setting named “Disable show overview on startup”. Does enabling that achieve what you’re trying to do?

Thank you @pebcak and @LewdLoli that worked perfectly.

This ended up being a Duh moment as I had gone through the Options in dash-to-panel but for some reason that option did not register with me.

EDIT:
I really wish I could mark both of you for the solution.

My first linux distro was Mandrake, which was Gnome by default. I used Gnome, Gnome 2, and Gnome 3 pretty much exclusively.

Before the thread closes…

Your post got me going down memory lane again

Ironically, I also began my Linux journey with Mandrake, but then I did not like that klunky Gnome back in the days and left it for decades. I never realized it would become what Gnome 42 is today. So far it’s the most efficient desktop I have ever used.

So now you got the dash-to-panel thing solved with brilliant help from @pebcak and @LewdLoli, how are you enjoying Gnome 42? What do like/dislike?

With dash-to-panel, I have it set up looking like most other DE’s basic format.
As long as I launch my most used apps from a bottom panel, it doesn’t matter what DE I am using.

The difference is when I need to launch an app not on the panel.
I happen to like the Gnome App icons displayed on the screen, and how easy it is to arrange the icons to your liking. First, if the app is on the panel, it is not in the “Show Apps” screens, less clutter. Second, It’s stupid simple to arrange the remaining App Icons in any order one wants.
I have two screens of apps, and I put all the apps I never use on the second page, such as the avahi icons. On the first page of icons, I put the apps in the relative order of how often I use them.

To me how you launch apps is the most significant difference to Gnome.

Plus I am running on Wayland, and for my usage Wayland is working Great.

Running different versions of terminals, file managers, text editors, doesn’t bother me much.
I have used so many different variations of these apps over the years, including on Sun Solaris Unix systems, that it doesn’t take long for me to adjust to the minor differences between them.

EDIT:
Now it depends on how messed up things get with the next point release for extensions. If dash-to-panel is broke for any length of time, well we will see.

+1 This is how I disable overview on startup as well.

With dash-to-panel, I have it set up looking like most other DE’s basic format.
As long as I launch my most used apps from a bottom panel, it doesn’t matter what DE I am using.

I just tried it and it seems to be faster to use. Until this change I had Dash to Dock putting the dock on side bar, (since it left me slightly more screen real estate for top to bottom) But I will give it a go for a while.

Plus I am running on Wayland, and for my usage Wayland is working Great.

Same here, and I have not encountered any problems, but then I don’t have Nvidia to deal with.

I have the ddterm extension for a fast hotkey dropdown, and the default Terminal in Nautilus (Gnome Files) I still call it Nautilus. I am not so crazy on Gedit. Maybe you can suggest something else.

If dash-to-panel is broke for any length of time, well we will see.

If it breaks I simply click enable on Dash to Dock and it reverts to the sidebar, so it’s no biggie. 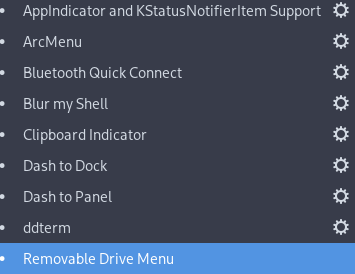