I am playing around, thinking about reinstalling because I seem to get weird performance issues for very short time on every boot.
So I fired up EOS in a VM, and I am trying to get keyboard shortcut for Console to stick.
I am using Alt + Ctrl + t as a shortcut. 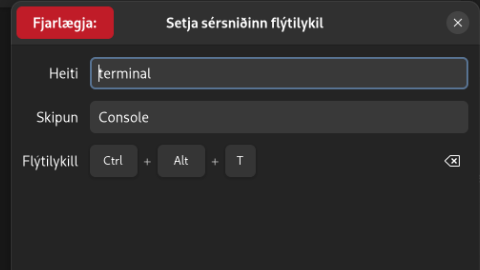 I have also tried to change the name (which should not matter).
Is there anything I am missing?

I am not sure why this is not working on the VM. My actual system has the same shortcut and works beautifully (even if it is the old Gnome-Terminal). 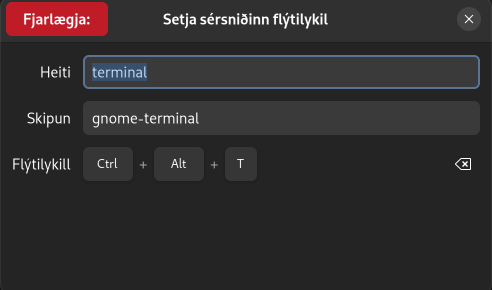 I use this shortcut a lot, and if it will not work on the new install, it is kind of a deal breaker for me.

The command to evoke Gnome Console should be kgx

I did not know that…
Works now, thank you

Well done, I never would have guessed that.

Yes, the command is not very obvious. kgx was the original name of the app. Apparently it was named after the Kings Cross train station in London, the station code of which is KGX.