I cannot for the life of me, figure out how to unpin Firefox from my Latte Dock.

Unpinning literally any other app (including the analog clock) works.

Right clicking on firefox does nothing except freeze the parabolic effect.

Firefox refuses to budge when I try step 2. No menu, nothing. 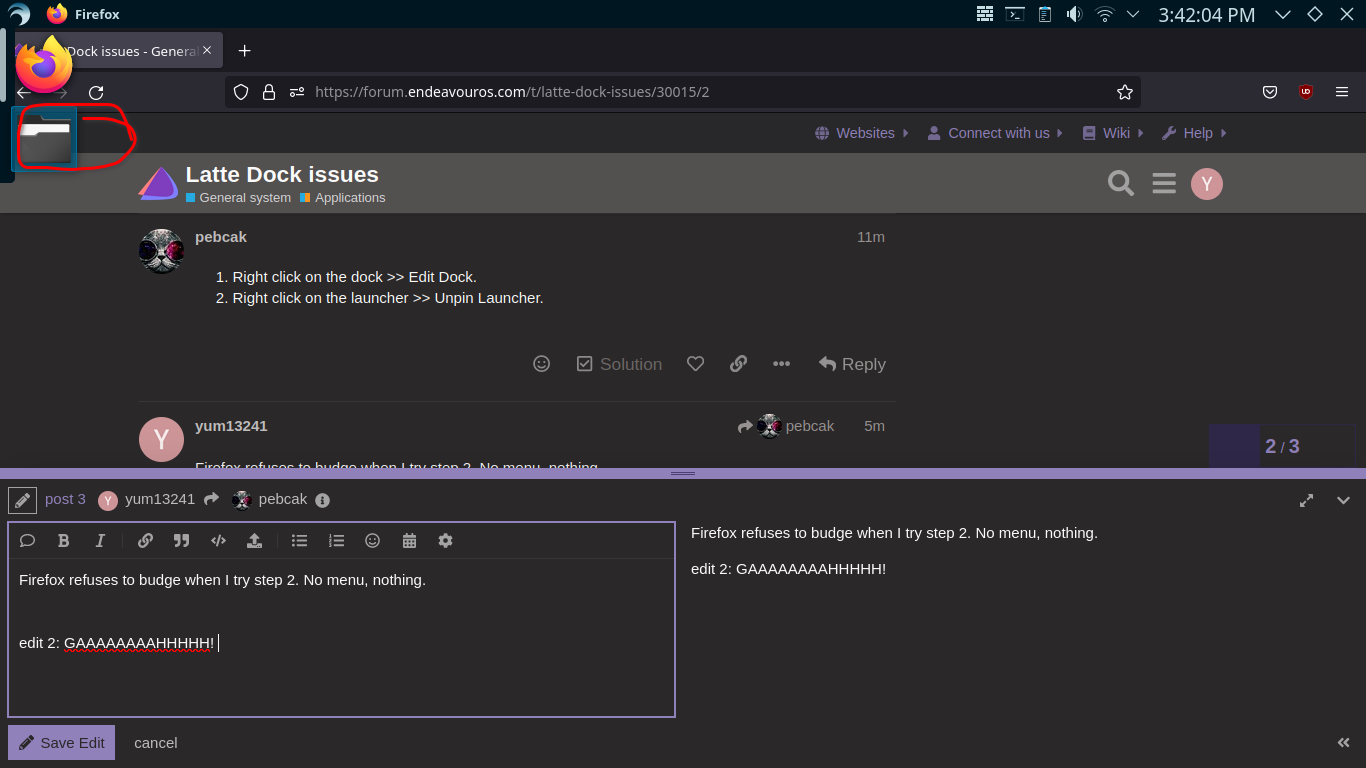 Now I can’t even launch dolphin. 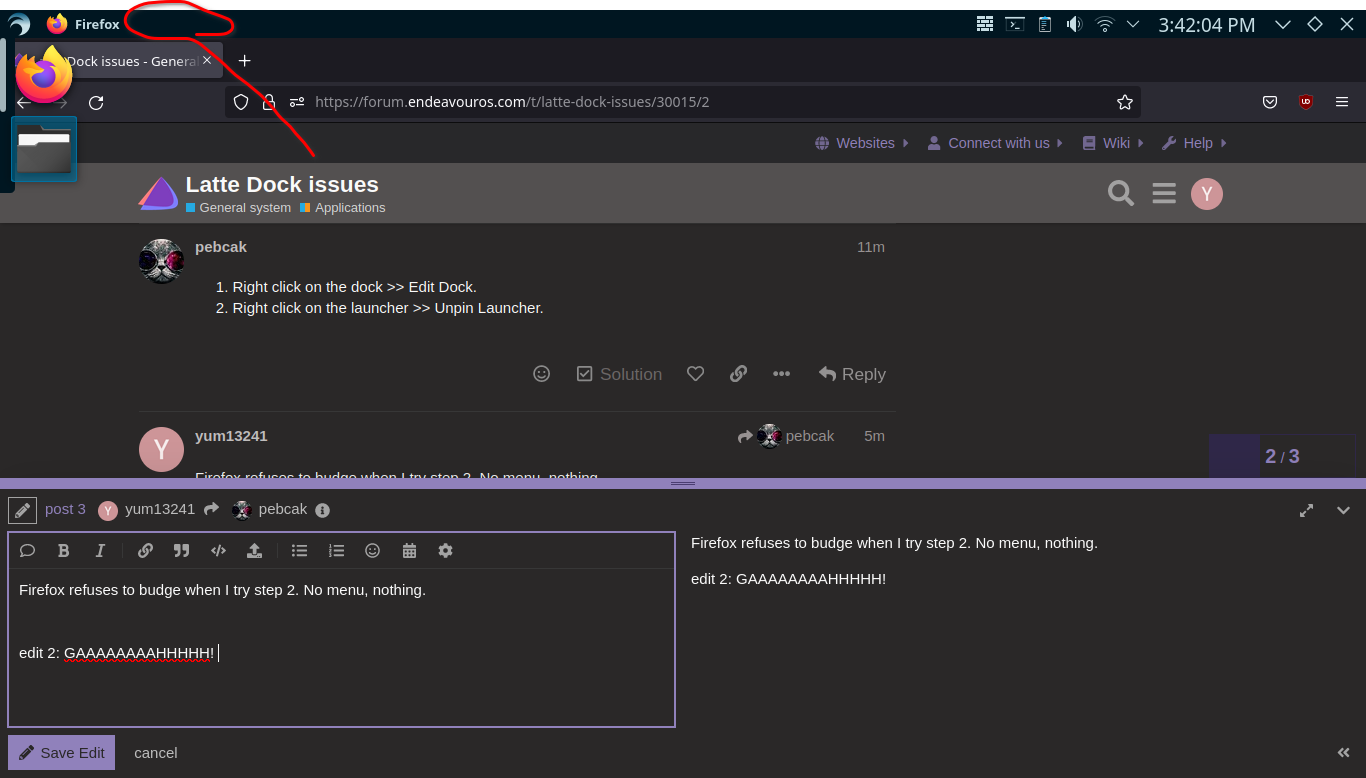 My “Global App Menu” thingy won’t work. when the app is maximized, it’s SUPPOSED to have

File Edit View etc. on the top panel. But it doesn’t.

Here’s what it’s supposed to look like when a window is maximized
https://forum.endeavouros.com/uploads/default/original/3X/d/a/dad3582b11c4dbf8018c6ba116bacd215f2419ce.png

Edit: it only malfunctions with browsers.

Firefox refuses to budge when I try step 2. No menu, nothing.

I have the Unpin Launcher both in Edit and Normal “mode”. And it works.

It works with any app that doesn’t have this blue square around it and firefox.

Dolphin now has the annoying blue square around it and it won’t let me launch it.

Quit the dock and start it again.

Found out how to solve the problem.

WHEN I did the above I can’t configure the dock. Oh well.

Solved the problem by not using Latte Dock.

The thing hogs resources anyway and makes games stutter, and I’m NOT going to keep
starting and quitting it.

Is there any other dock that can do what Latte can, but without hogging memory?