Hello, I have a dell vostro laptop and am running a fully updated Endevaour OS KDE Plasma. I have selected numlock to be on after reboot, but it’s not working. Moreover, sometimes even after unlocking the screen/logging in after sleep/logout seems to turn numlock to off. It’s frustrating and I don’t know how to fix it. Any help would be appreciated 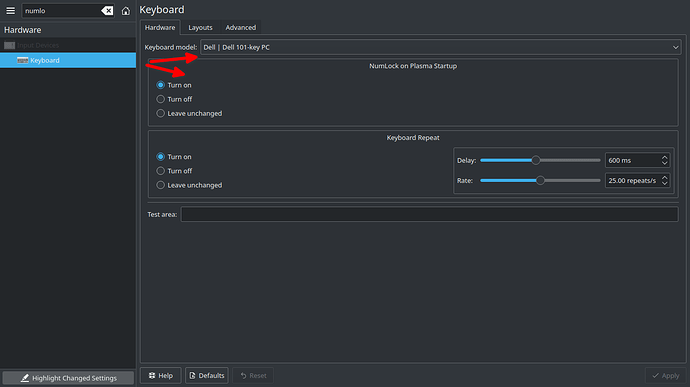 As you can see numlock is on in the settings app, the keyboard was selceted by default as generic 86 key PC, I changed it to 101 key Dell pc but still no effect on numlock being on

if you are running xorg session and not wayland you could use DE independent numlockx:
sudo pacman -S numlockx
and add it to autostart scripts: 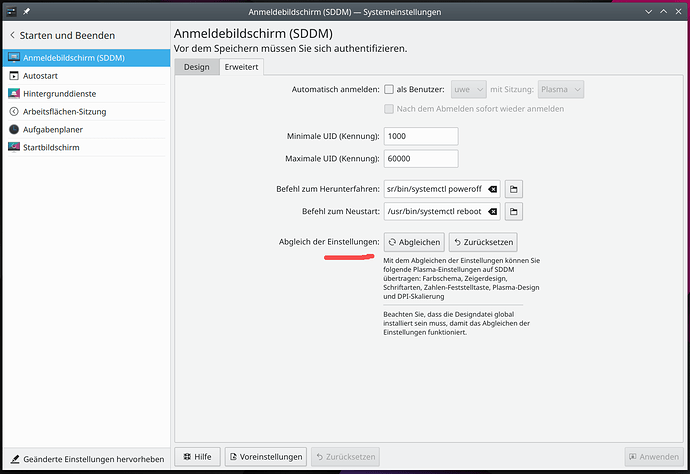 numlockx is of course also a good solution, but it is unfortunately limited to X11 …

if you are running xorg session and not wayland you could use DE independent numlockx:

I often switch between wayland and X so I will need something which works for both, if not then I will try numlockx

I did this, but still the same, numlock needs to be turned on manually

It’s weird because I previously used manjaro and it worked. After installing Endeavour, I didn’t do much, just removed some packages which I didn’t need (I checked for dependency issues) and changed the theme. I don’t think that it should cause this but I don’t know.

I have installed KDE many times and I can only tell you what I have done and how it works for me. Immediately after the installation I turn on NUM manually, then I make the said settings (incl. alignment) and from then on it runs. This worked for both EnOS and Manjaro. In the past, NUM used to turn itself on as soon as you enabled it in the settings, but that seems to have gone down the drain. Is just KDE …