If you have an NVIDIA driver, you love and want to use KDE, but it stutters more than 50% of the time (when using browsers, some apps, or the desktop in general) - Use Cinnamon DE instead. You are unlikely to miss much from KDE. 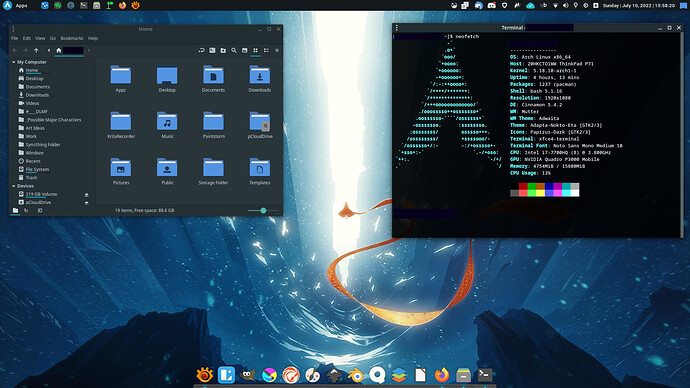 Let me start by saying: I love KDE. BUT, I have an NVIDIA card so my KDE experience is most times ‘stuttery’, particularly with web browsers and apps that use WebKit and browser protocols (like Firefox, Discord, Brave, Thunderbird, etc.).

Kwin (KDE’s window manager) is simply not going to work properly with NVIDIA, which is NVIDIA’s fault.

So, what did I do? I switched window managers!

I tried OpenBox, LxQt, Qtile, and even XfWM. They all felt like I was missing out.

In fact, simply turning off compositing for Kwin was a better experience than using any of the above window managers. The only problem was, once I did that some apps didn’t like it.

For instance, GIMP’s GUI would start to break and stutter randomly, especially when I opened a file from a file manager rather than opening GIMP first.

As for web browsers, certain cosmetic features would break, like dragging a link into the Bookmarks Toolbar would result in a massive box under the link while dragging as opposed to dragging only the link.

XnView MP - The UI is larger on KDE for some reason, and fixing it requires CSS and patience. Even after fixing the UI, then comes the integration with KDE - it doesn’t exist!

If you try to “Open in file explorer” or “Open with > Associated program”, you get an error. If you try to cut and paste from XnView MP to a file manager, it will either not paste (as if nothing is copied to the clipboard) or it will instead pretend you are trying to copy and paste, which creates duplicates of your files.

If you are an artist, photographer, or just generally manage a ton of files with XnView MP, you know this is as annoying as Billy Butcher trying to kill Homelander.

I noticed that even when using Cinnamon DE, XnViewMP still doesn’t integrate with anything QT/KDE. I’ve tried it with both Krita and Kdenlive - doesn’t even open the apps.

This package, as the name implies, attempts to use the built-in system libraries which makes integration a lot better. For me, it’s perfect! I can use “Open in…/Open with…” operations perfectly now!

Consider using this package instead if you use the app.

Back to the overall issue.

Yes, now my apps would be snappy and I would no longer have a stutter, except for when using GIMP (which I use every day). However, I just felt like something was telling me to try one last thing.

So, I downloaded the latest Endeavour OS ISO because I knew that if I was going to try something, it would mean leaving KDE entirely - not switching to a WM - like OpenBox - that requires you to learn how to use it - while still using KDE.

I thought of using Solus’ Budgie desktop and have used it before, but I knew it was missing a lot in comparison to KDE.

And that’s when it hit me. Doesn’t Linux Mint have their own DE?

So, I did some Braving and Odyseeing and found this video: 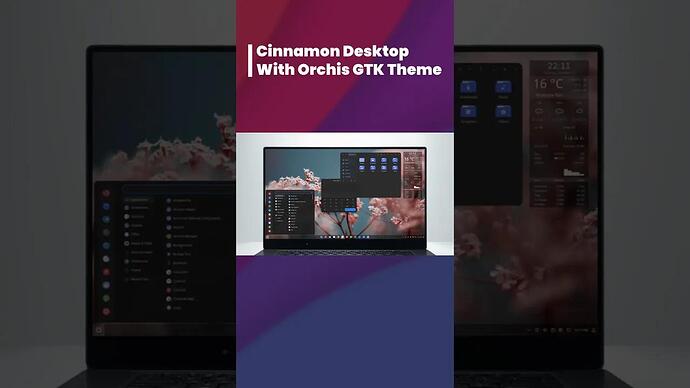 which led me to others from Linux Scoop as well as some UnixPorn Cinnamon customisations.

I was convinced I had to try it. So, I popped open my Virt-Manager (similar to VirtualBox) and was immediately blown away by how plain it was?

Yeah, I removed everything EnOS-related to level it up from scratch myself. This was very easy by the way and convinced me to switch within an hour of using it.

Apps that work better with GTK:

Apps that work better with Muffin:

For my use case, there are three things I miss from using Dolphin.

Obviously, no DE known to man has more features and out-of-the-box customisation than KDE. However, I’d say Cinnamon comes the closest at about 70-75%.

Cinnamon’s applets, desklets and extensions, well, extend the functionality of the DE in small to large ways - similar to KDE’s widgets. And just like every DE and WM, you can use Conky, Kvantum, etc. for the extra features you want.

I’ll close with how I started: Got an NVIDIA card and need a highly-customisable DE like KDE? Use Cinnamon instead. You won’t regret it.

You will need the following packages:

Also, you may notice my OS says “Arch Linux”. I uninstalled and commented the EnOS repos and it automatically started saying that. Didn’t install it the Arch Way but, this is technically just Arch.

By for now, KDE. See you when NVIDIA support is better or when I get an AMD card.

Plasma5/X11 on Nvidia here, no problems at all.
J.

That’s what i say also. Just because something doesn’t work on a users hardware doesn’t mean it’s that way for all hardware or installations.

I think your syntax interpreters didn’t fully read the ‘if statement’ in my code.

Maybe a -Syyu is needed?

Nothing wrong with Cinnamon. It’s a great desktop. Nvidia can be bad … that’s a given.

GTK can be a pita too.

I feel you. After switching from Nvidia to AMD performance difference with Plasma was like night and day.

Cinnamon, Gnome and Xfce works much better with Nvidia.

My experience: had issues on same nVidia hardware (three different computers) under Linux Mint + Cinnamon. Switched to EndeavourOS + KDE and issues disappeared. Developers on Linux Mint IRC mentioned, that the issue, when PC is idle (screen turns off) and CPU load goes 100% (sometimes all cores alternating) is still not fixed and there is no easy fix.

Had also issues with OBS Studio, when some windows were just black under Cinnamon with Linux Mint. With EndeavourOS and KDE no issues.

Only sharing my experience here, I have had zero issues with KDE on my Nvidia card including compositing. I don’t use Plasma anymore only because I’ve delved head long into the tiling WM world (although there is actually a great Kwin script that allows for dynamic tiling). Not taking anything away from the article, I guess I’m just lucky.

You have some good luck.

I was hoping this would be the case for me with several distros based on Arch and Debian/Ubuntu. I’ve even used KaOS and KDE Neon (the purest KDE you can get) and it’s the same result for me once I install my Nvidia drivers - lagging/stuttering.

EDIT: Also tried XeroLinux because from what I read it seemed they optimised KDE in some ways, but had the same issue.

So, I decided to come back to the purest Arch I could get without trying to install it the Arch Way.

Seems only a few of us have bad luck with it.

I should have asked before but I guess I assumed…you are using the proprietary drivers and not Nouveau right?

Somebody read just the TL;DR

Yes, I only use the proprietary drivers.

Completely not fair. I skimmed it all twice