I've got the system up and running, but there is no Grub entry for Windows.... Any ideas on what's goin on?

As you guys may recall, windows update nuked my entire install, and EndeavourOS had some difficulties installing.

Well, I wiped the drive, Installed Windows on one partition, Changed the drive form MBR to GPT, then installed EndeavourOS which worked… just one problem.

You see, in the UEFI setup, I have an entry for each of my hard drives(we will refer the main boot drive where both windows and EOS is installed as WDC) and a new entry, windows Boot manager.

Booting WDC boots me to Grub, which only has the EOS entries,

Booting to Windows Boot manager only boots to windows.

If whatever happened sandboxed Windows and EOS, then Imma call this a happy little accident. I’ll still be able to boot by entering the MOBO boot menu without the low risk of Windows screwing my bootloader.

Though it is quite strange for this behavior to happen. I’ve never seen anything like this before

Anyways, thanks for all the tips you guys sent. I really appreciated it.

If you know what’s going on with my system please let me know. 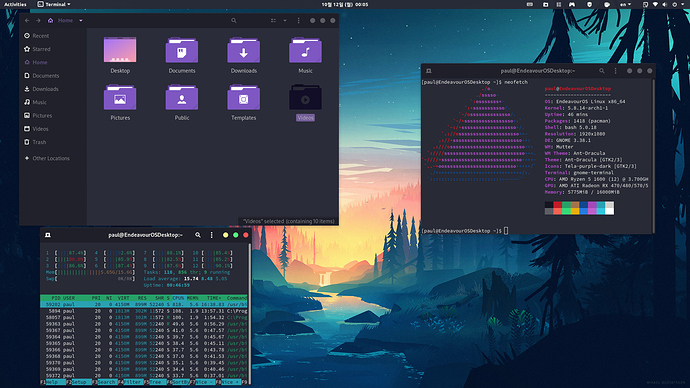 Well, I wiped the drive, Installed Windows on one partition, Changed the drive form MBR to GPT, then installed EndeavourOS which worked… just one problem.

Did you install Windows in Legacy/MBR and then switch to UEFI after?

Ahhh I see. I did not know this.

I’ll make sure to note this next time.

Thanks! I think I’m fine for now. I had enough computer trouble for today.