Issue with boot order after switching to systemd-boot

I hope I did this right:

OK, so the warning you are getting in bootctl is caused by the fact that you are booted off the ISO so that is fine.

That all looks fine.

GRUB rescue again. This is getting really confusing…

Can you share a picture of your BIOS boot order screen? 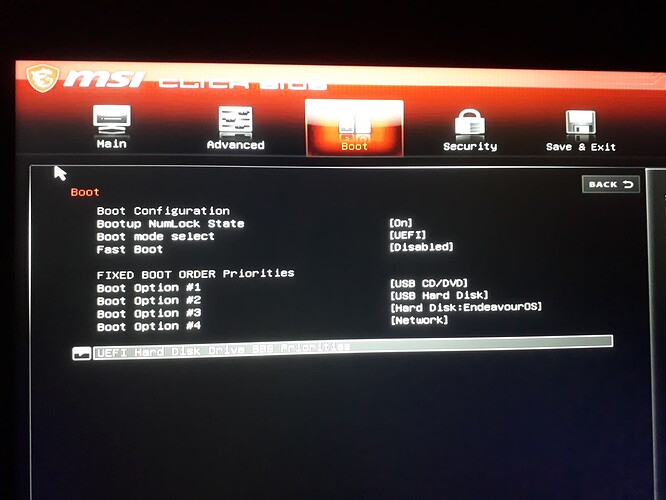 You’ve got to be kidding me. That was all I had to do??! I can’t… Thank you so much. So, will this method work if I were to reinstall EOS?

For the record, this:

Means you are explicitly booting grub.

So, will this method work if I were to reinstall EOS?

Alright, I am going to do a fresh reinstall to remove any problems I had left behind by doing this, as I have done something in gparted.

You shouldn’t need to do that

Well, I am on a fresh install anyway, so why not?

As a side note, I have no idea why your bios/firmware is ignoring the boot order set by efibootmgr

Manufacturers like to do weird things in bios lol

By the way, thanks for all the help. Who knew changing a bootloader was so far, but so close all along?